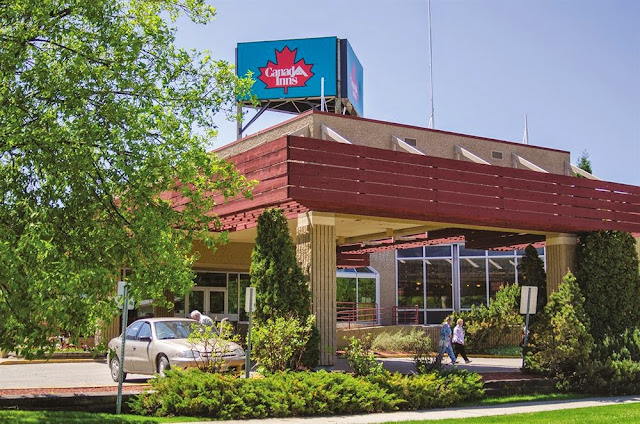 The WMRC annual banquet and AGM will be held at Aalto's in the Canad Inns Windsor Park on Friday, May 8, starting at 6:00 PM.

There have been some great meetings in history of mankind - the Second Vatican Council in 1962. The meeting of Canada's Fathers of Confederation in Charlottetown in 1867. But none can compare to the WMRC's AGM and annual banquet, which will be held this Friday, May 8, at the Canad Inns Windsor Park at 1034 Elizabeth Road!

There were many things accomplished at Vatican Council II and at Charlottetown in 1867, but those meetings were DULL, DULL, DULL! They didn't have the spectacular buffet offered by Aalto's. And they certainly didn't have any door prizes or raffles for some great model railroad equipment! Did they have an elimination draw? Of course not! There were also no awards ceremonies of any sort for a model or photo contest, no Lantern award for best contribution, and no President's shield awarded at either Vatican Council II or at Charlottetown in 1867!

But imagine if those historic meetings had all of these nifty things! Perhaps Prince Edward Island would've joined Canada right away back then! There might've been even greater reforms enacted by Vatican Council II! Sadly, they missed their chance.

But you don't have to miss out like they did! You can still go to the WMRC's annual banquet and AGM this Friday and have a wonderful time! The fun starts at 6:00 PM. Hope to see you all there!
Posted by Paul Ullrich, WMRC Blog Editor at 11:23 AM