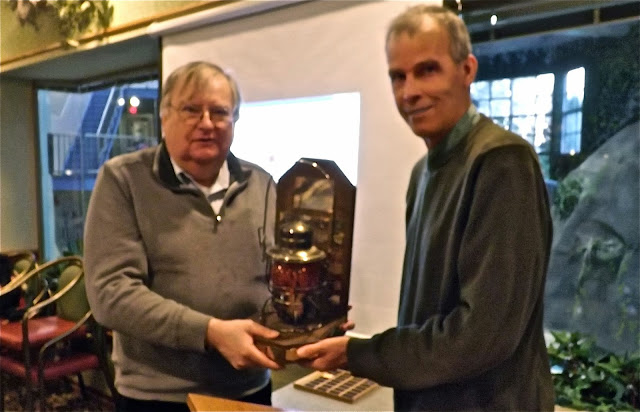 Dave Downie was the recipient of the WMRC's 2015 Lantern Award, which was presented at the club's annual spring banquet. Dave contributed a series of historical articles about the WMRC for The Lantern.

Instead of the Lantern editor deciding who would win the award, this year's award was chosen by popular vote by the membership. Ballots were distributed by Lantern Editor Robert Weaver at the April meeting. Members voted for their favorite author at that meeting, and the ballots were collected and compiled by Robert.

Congratulations, Dave, for your fine work!