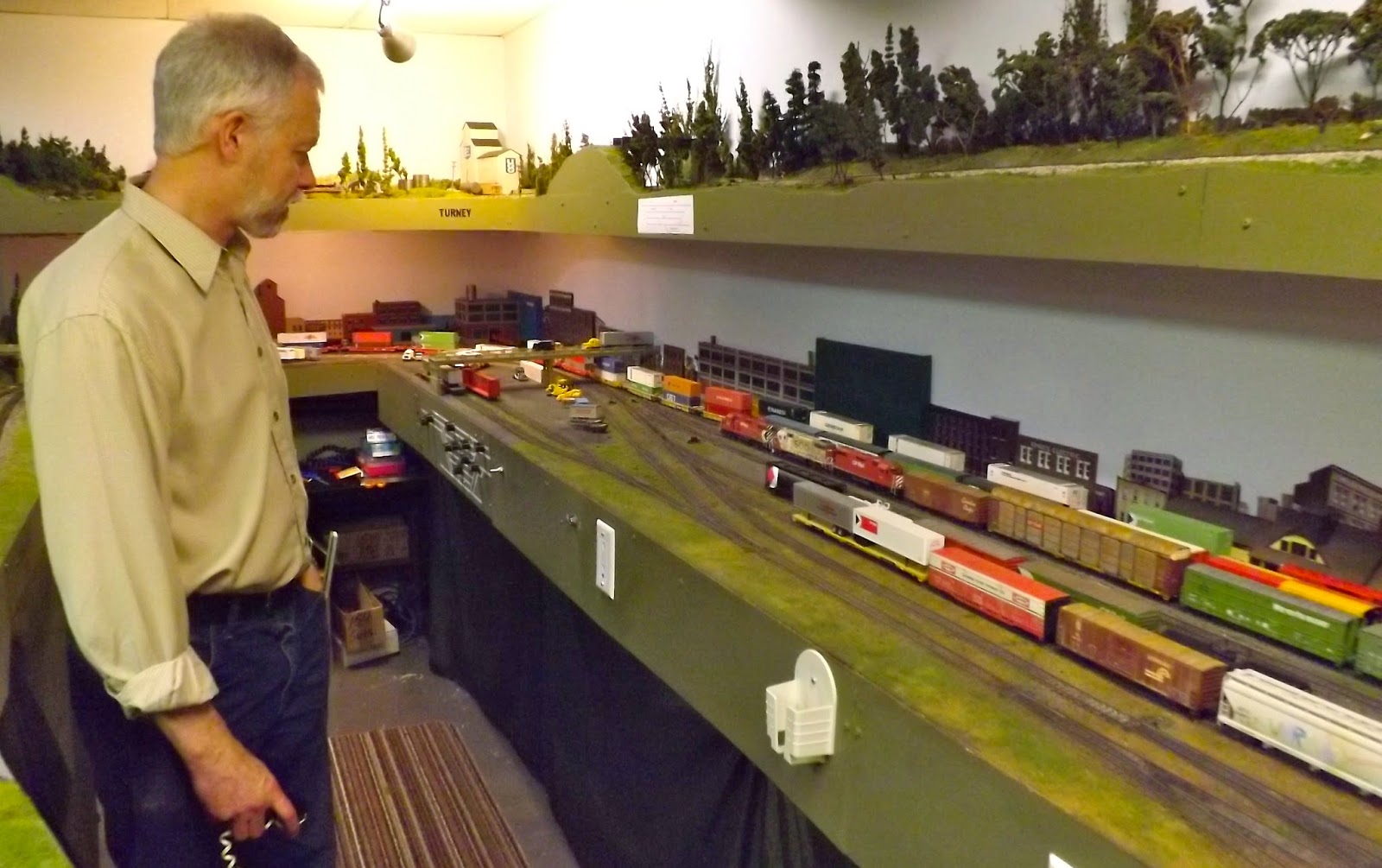 Long time WMRC member John Longhurst graciously opened his doors to club members to view his CP Rail Manitoba and Minnesota Subdivision railway at last weekend's layout hop. John had "downsized" his operation, and all who viewed it agreed that his changes were an improvement!

Gone is "Mount Longhurst", which was in the middle of the room. John completely rebuilt that area and flattened it out, which gives the room a more spacious feeling, but didn't decrease the trackage. John says that it's nice not to have to peer over that mountain anymore. Now he can see his entire layout from anywhere in the room! 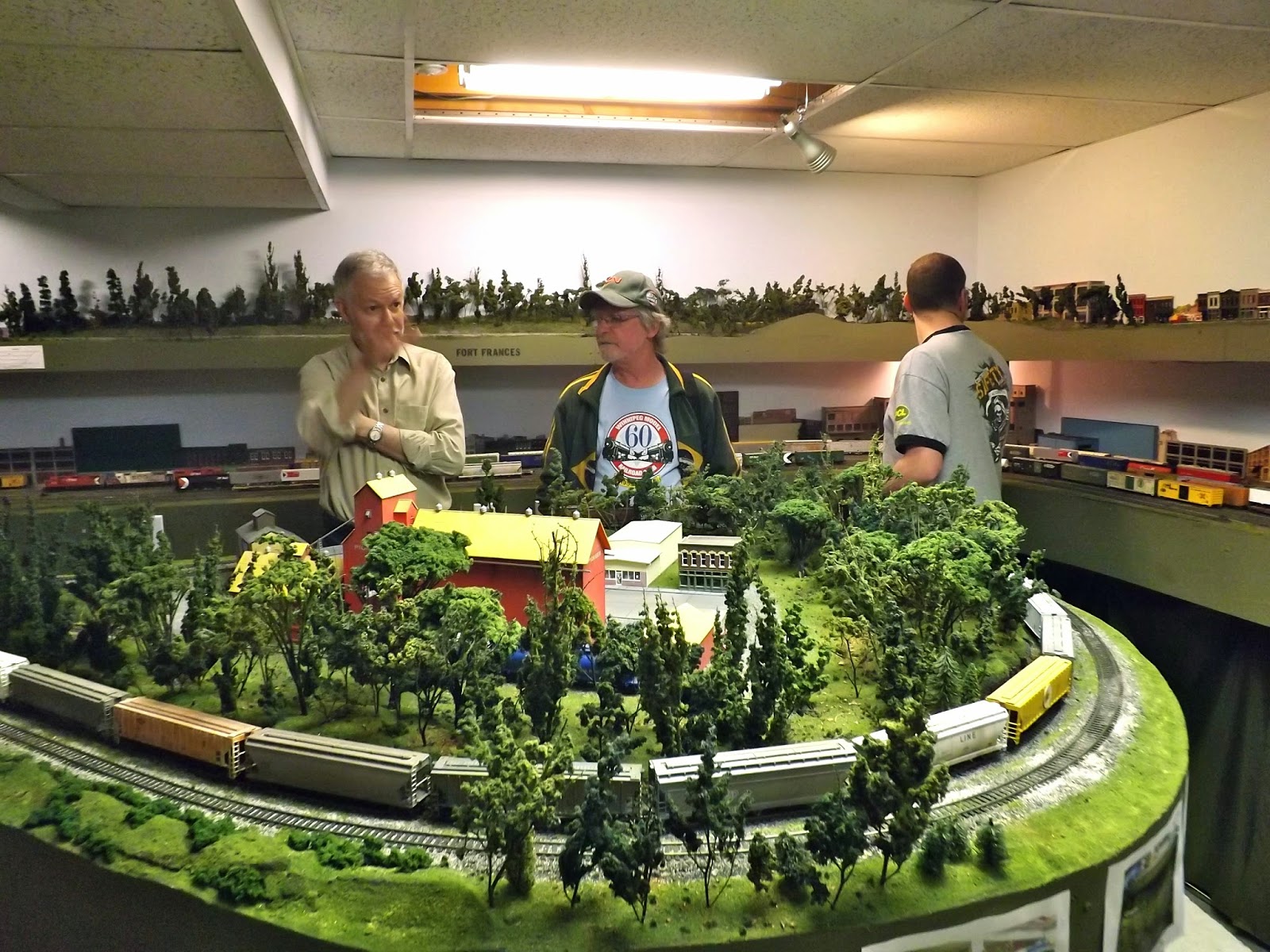 Here's where John flattened out "Mount Longhurst". If this image was taken before this massive excavation had taken place, you wouldn't have been able to see any of our members from this angle! 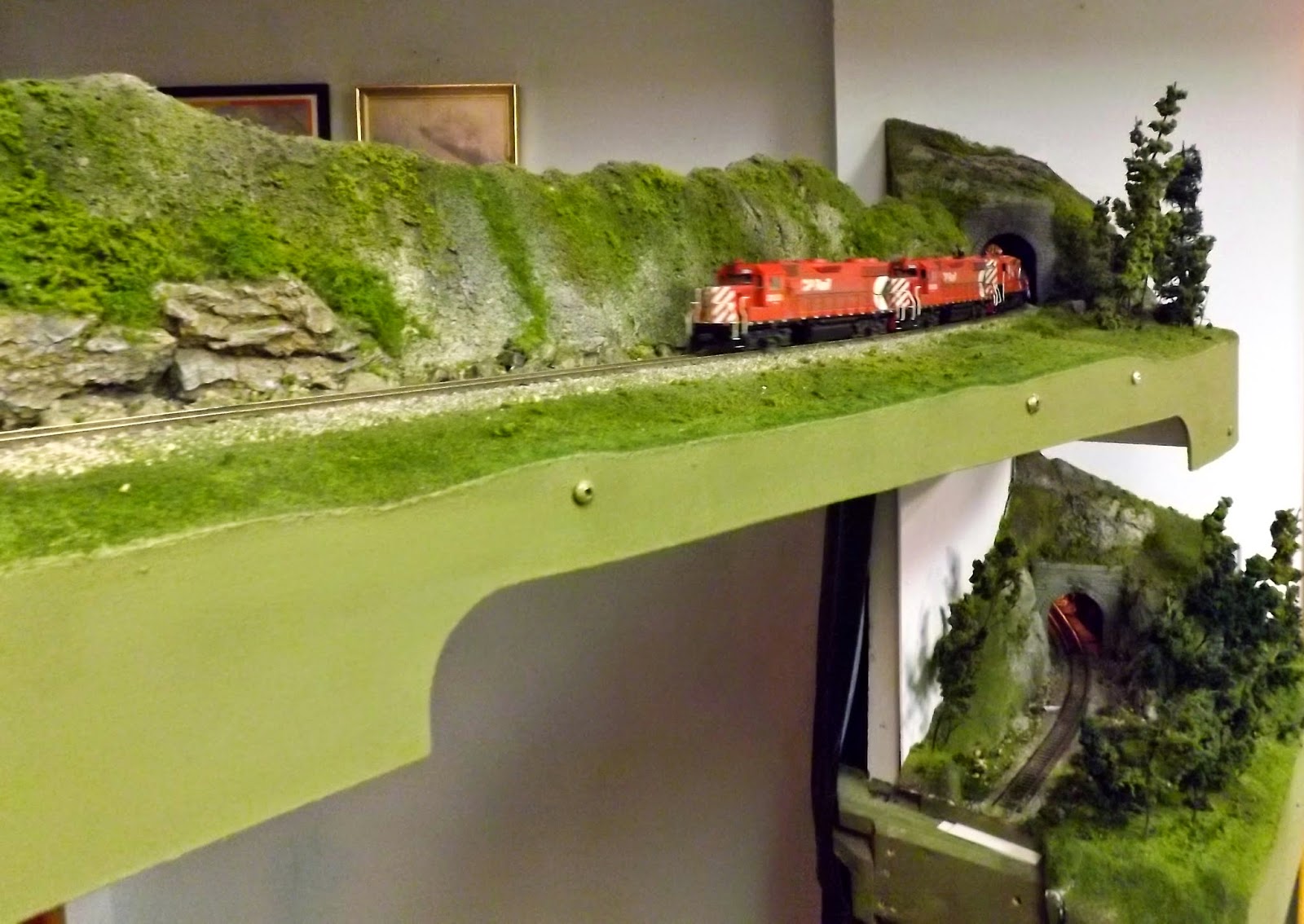 John employs multi-level model railroading. Those tunnels lead to a helix in the laundry room!