Another mega success for the Manitoba Mega Train Show 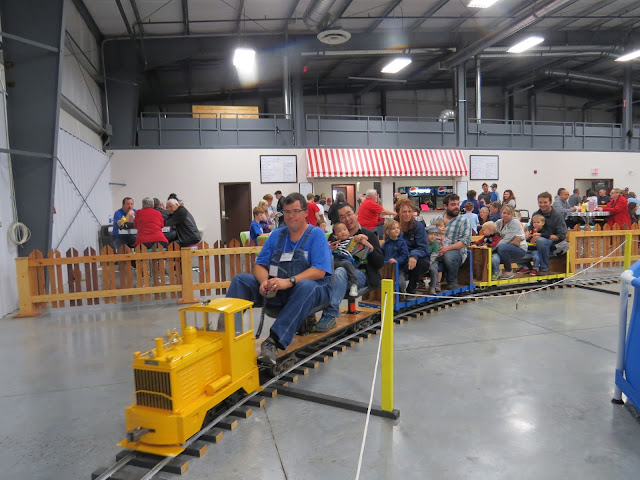 
It was another mega-success for the 2016 Manitoba Mega Train Show! Celebrating it's second year at the Red River Exhibition Park, the show just keeps growing and growing! Many volunteers from the WMRC kept the show running smoothly, doing set-up, take-down, manning the admissions desk, holding displays and running the mega-train, of course! 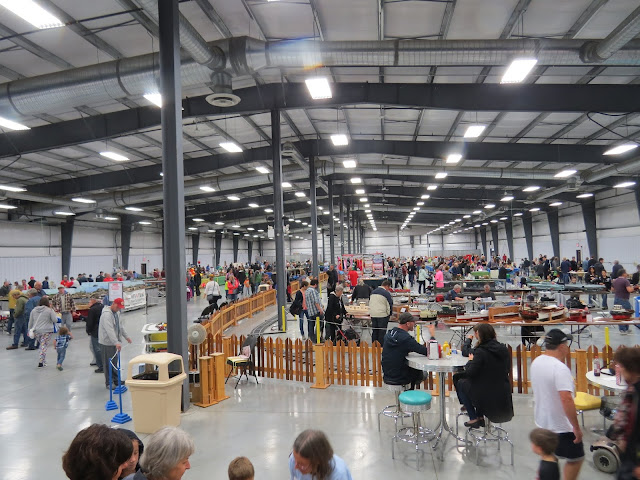 The Red River Exhibition building was well attended throughout the entire weekend. 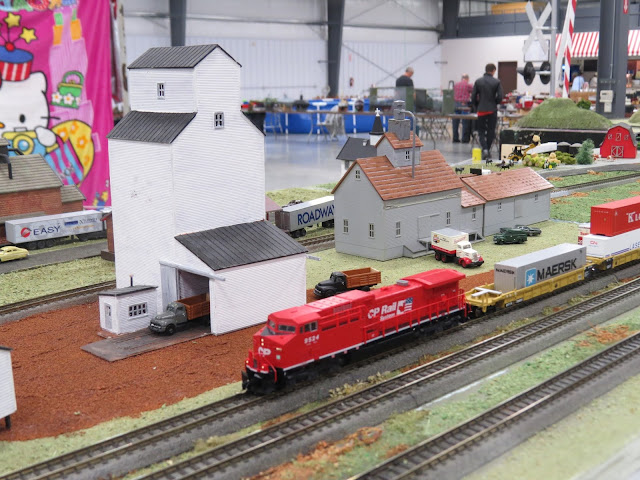 The Echo Valley Mainliners modular group brought their layout all the way from Regina! 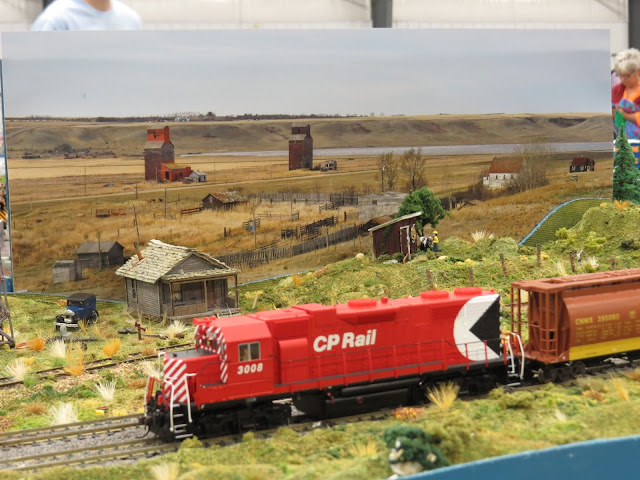 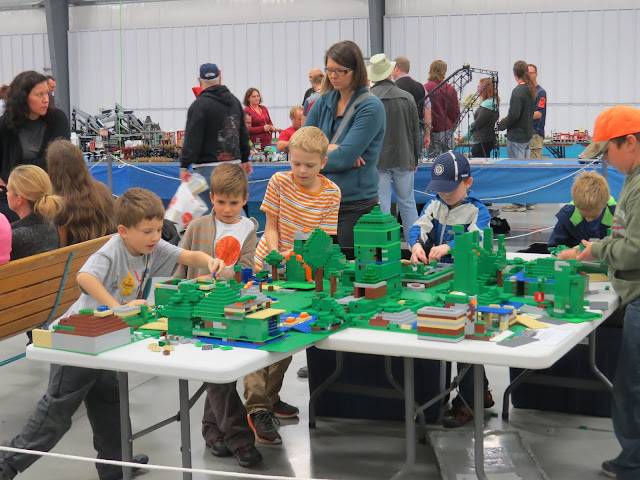 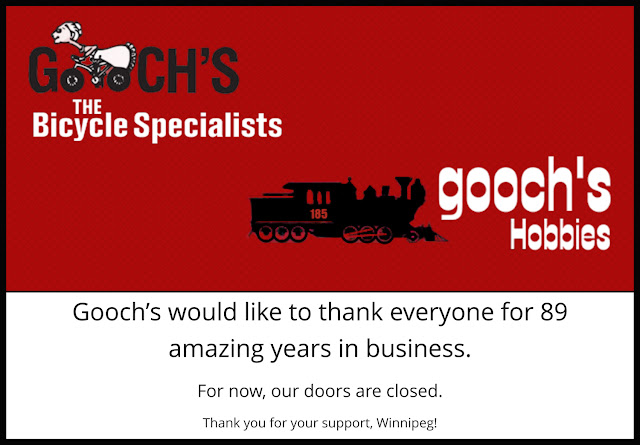 We are saddened to report that Gooch's Hobbies, the oldest continuing hobby shop in Winnipeg, has gone out of business. Following a disagreement with their landlord over a lease proposal, the owners have decided to call it quits.

Many model railroaders and hobbyists in the city have fond memories of shopping at Gooch's at their former locations on Portage Avenue and on Sherbrook Street over the many decades they had been in business. Their most recent location saw a downsizing in their hobby side of the business, but it still was a fairly well stocked and convenient place to shop for model railroading equipment.

Sadly, this now leaves us with one less hobby shop in the area in an era where more and more hobby shops are disappearing all across North America. Goodbye, Gooch's! We're going to miss you!

Manitoba Mega Train Show is on this weekend! 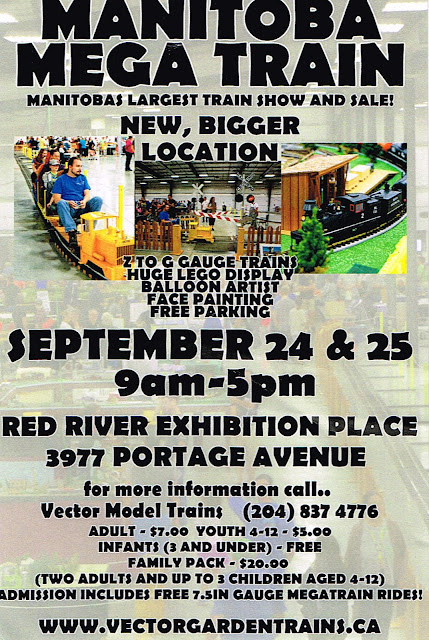 Mark your calendars! Cancel all appointments! This is the big Kahuna! The mother AND the father of all train shows in the province! Yes, it's the Manitoba Mega Train Show, and it's back this weekend! Last year's show had 3,000 people attending. The ATM ran out of money (but this year there are two ATM's on site). This year's show promises to be bigger and better than ever!

Come on down to Red River Exhibition Place at 3977 Portage Avenue (It's right next to Assiniboine Downs). Hours are from 9:00AM to 5:00PM on both Saturday, September 24 and Sunday, September 25. Adults get in for $7.00, youth 4-12 for $5.00. Kids three years of age and under get in for free! Special family packs are available for $20.00. Admission includes unlimited rides on the Mega-Train!
Posted by Paul Ullrich, WMRC Blog Editor at 11:27 AM No comments:

Come to The Forks this weekend for Railway Days and WinNtrak 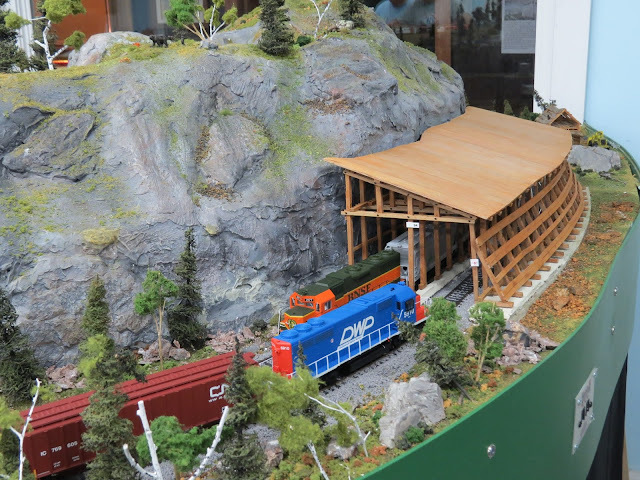 Come see the Gateway Western Railway at the Winnipeg Railway Museum this weekend!


The Forks is the place for all model railroaders and rail fans to be this weekend!

Railway Days is happening at the Winnipeg Railway Museum, and the WMRC will be  operating the HO gauge Gateway Western Railway, housed in its own structure within the museum. Hours are from 11AM to 5PM on both Saturday, September 17 and Sunday, September 18. Regular admissions are suspended, but donations will be gladly accepted.

The museum is located on the second level of the Via Rail station at 123 Main Street.

The Winnipeg Sun had a great write-up about the museum recently, which you can read by going to: http://www.winnipegsun.com/2016/09/06/on-the-rails-museum-offers-ride-through-history 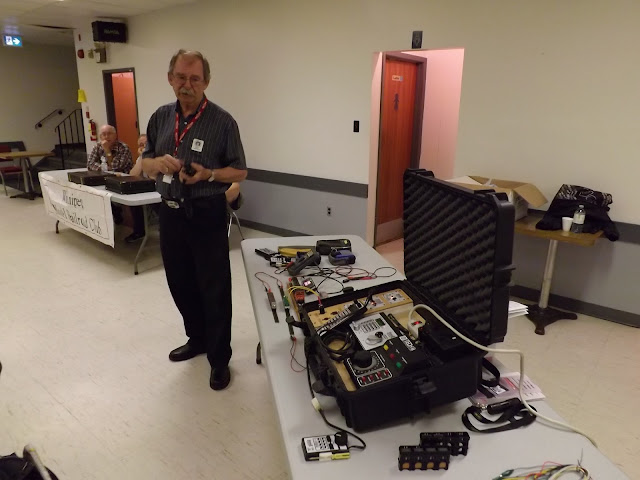 WinNtrak's Gerrit Vanderklok gave the club's members a great program on Digital Command Control using the Digitrax DCC control system. The meeting was well attended, and Gerrit's clinic was extremely thorough. He answered all questions about the mysteries of DCC with the greatest of ease! The meeting was 100% "hands on", as former WMRC President Larry Leavens as also on hand to assist any members in programming their engines to DCC.

Posted by Paul Ullrich, WMRC Blog Editor at 8:08 AM No comments:

Welcome back, everyone! WinNtrak's Gerrit Vanderklok will give us a Digital Command Control primer on the Digitrax DCC control system. The basics of DCC will be discussed with demonstrations provided. If you want to bring a new engine and have it programmed, bring it along!

This year, we are bringing back side table modelling! Larry Leavens will have a DCC program track available for programming which will fit nicely into the evening's presentation by Gerrit.
If any modeller wishes to do a side table clinic at the meeting, bring your modelling equipment with you and we'll provide you with a table (with a tablecloth!) for you to work.

The fun starts on Friday, September 9 at 7:30 PM at the Charleswood Legion, 6003 Roblin Boulevard. The canteen will be open, and we'll be having our popular monthly model display and the 50/50 draw. Guests are always warmly welcomed. Hope to see you all there!
Posted by Paul Ullrich, WMRC Blog Editor at 6:00 AM No comments: 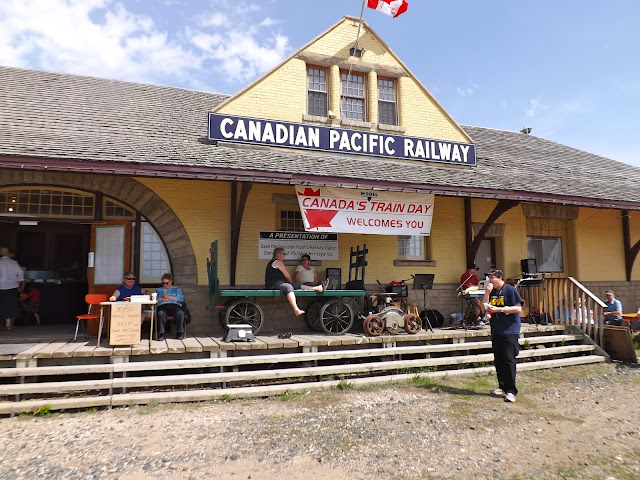 We are pleased to announce that the Portage La Prairie Model Railroad Club will be holding an open house on Saturday, September 10 at their historic CP Station #251, located on 3rd St NE in Portage La Prairie. This is the club’s first open house in two years, and it’s always been a great event! Hours are from 10:00AM to 4:00PM. There will be a BBQ from 11:00AM to 2:00PM, and there will be lots of family friendly model train demonstrations. Admission is free! The station is a wheelchair accessible facility. A 50/50 draw will also be held.

The Assiniboine Valley Railway is also holding their monthly open house this weekend! On Saturday, September 10 they run from 11:00AM to 5:00PM, and on Sunday, September 11  from 1:00PM to 5:00PM. A ride costs only two bucks, and you can buy a 12 ride pass for $20  which is good for any AVR Public Event!  Kids two years of age and under ride for free! All minors must be accompanied by an adult. The AVR is located at 3001 Roblin Boulevard, just west of Assiniboine Park.
Posted by Paul Ullrich, WMRC Blog Editor at 11:36 AM No comments: