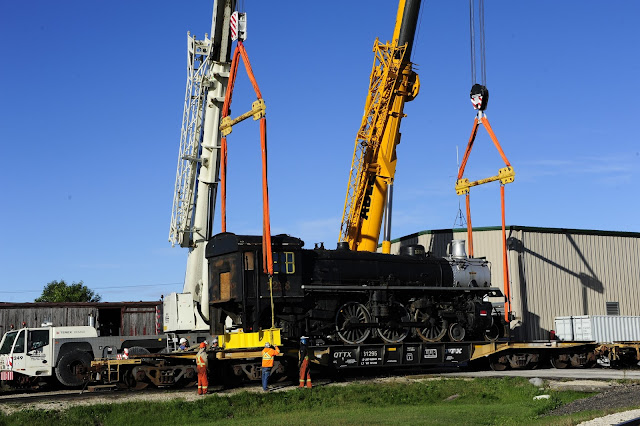 The cranes are getting ready to lift the locomotive. All photos by Morgan Turney.

After arriving at the Prairie Dog Central on September 15th, operations began for unloading the G5s and their tenders two days later. Able Crane Services did the lifting and Ranger Enterprises looked after the preparatory work, such as removing the cables which secured the engines and tenders to the flats, installing the blocking for the lifts and cleaning the flat car decks of all the welded wheel guides and cable eyelets.

Members of the Vintage Locomotive Society handled the moving duties once the engines and tenders were safely on the rails. Great team work, you guys!

Operations began about 7:30 am and it took about eight or nine hours to complete. Ex-CPR G5s 1238 and 1286 are now safely back in Canada and will be stored at the Prairie Dog Central's Inkster Junction station. Thanks to everyone at the Vintage Locomotive Society and especially to Vintage Locomotive Society General Manager, Paul Newsome, who arranged for me to be there for the day. It was quite an experience watching these guys at work! 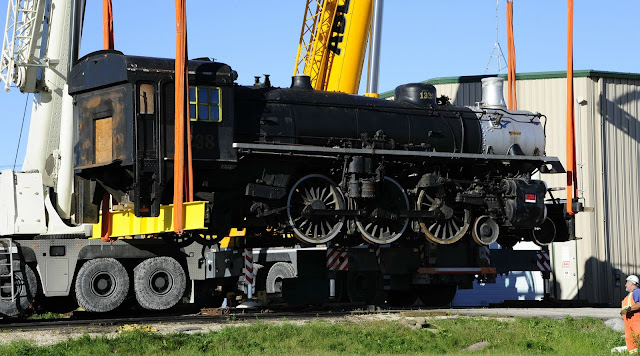 Lift off! The G5 is lifted into the air! 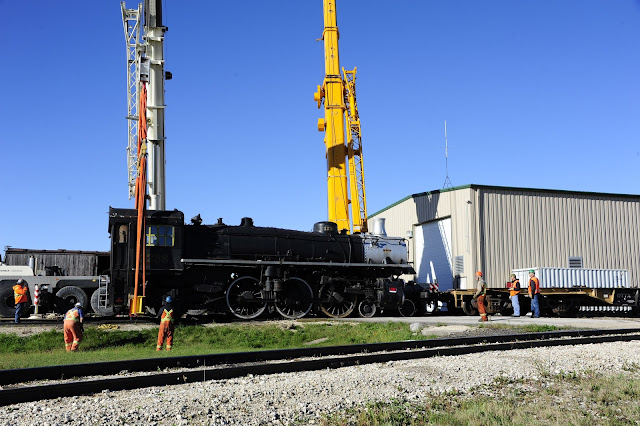 Touchdown! The engine lands onto the rails! 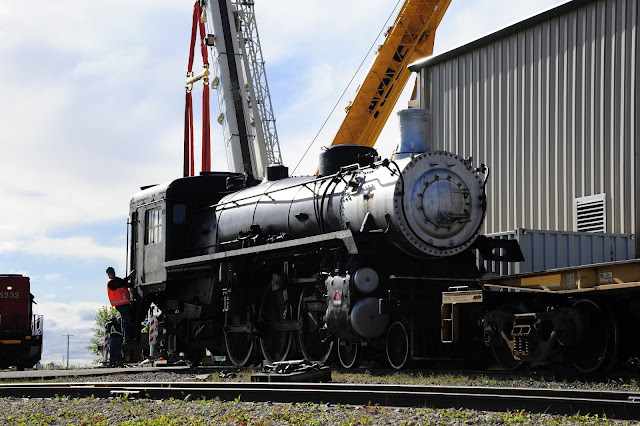 On the move! The G5 gets rolling slowly down the rails.
Posted by Paul Ullrich, WMRC Blog Editor at 11:07 AM