The 2015 Manitoba Mega Train Show was a resounding success! 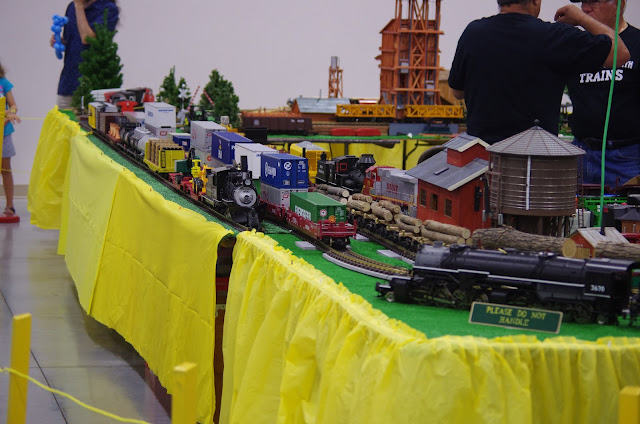 A wonderful G gauge modular layout was one of the many displays featured at the 2015 Manitoba Mega Train Show.

3,000 happy people attended the Manitoba Mega Train Show last weekend, with is a record breaking number for any train show held in the city for the past 30 years! The last time any train show in Winnipeg had numbers like that was for the legendary 1983 NMRA national  convention, Railway Jamboree.

Everyone loved our new venue!  The Red River Exhibition Park building was over three times the size of our previous venue. There was over 17,000 square feet of space!

Remember last year when the entire show was kept within the perimeter of the mega-train oval of track? Well, not this time! The mega-train took up just a third of the space this year. But the space inside of the track oval was still put to good use as the "kiddie section", which included two Lionel layouts, the Lego club display, Dan Kollesavich's Morse code demonstration, the face painter, and a balloon animal creator.

There was also another loop of track within the mega-train loop which featured a steam engine just smaller than the mega train. Most of the vendors were placed in one section, and the displays and modular groups were placed in another, which worked out to everyone's satisfaction.

Vendors reported some very impressive sales as well. Gerry Shaw from the Choo Choo Shop came all the way from Chilliwack to sell Lionel trains!!

The show also had out of town displays from the Portage La Prairie model railroad club and the Moose Jaw Thunder Creek Model Railway Club.

We have plenty of pictures to show you, but they can't fit all in one post, so we're going to stagger them throughout this week, and the next. Enjoy! 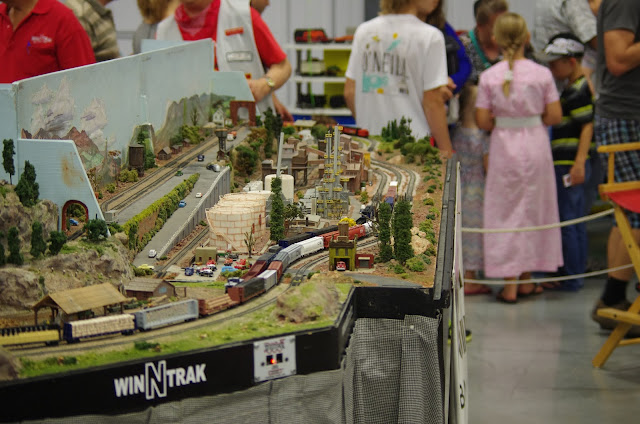 Our good friends over at WinNtrak also set up their ever popular modular layout. 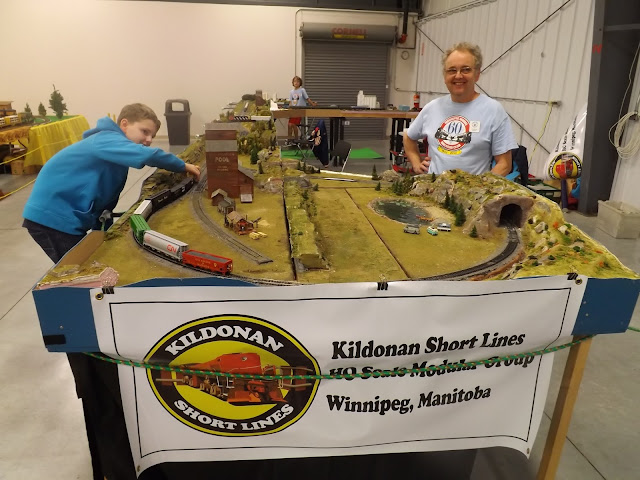 Godfrey South and his son Tommy get ready to run the Kildonan Short Lines modular railway.
Posted by Paul Ullrich, WMRC Blog Editor at 11:46 AM