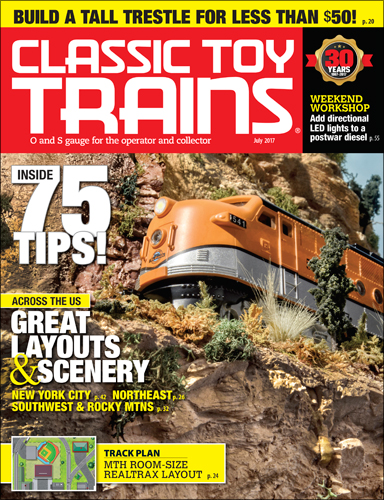 Long time WMRC member Paul Ullrich has had an article published in the July issue of Classic Toy Trains, a Kalmbach publication. His article, which is about how to model trees using Christmas tree branches, ground foam and hair spray appears on the "Tips, Tools and Techniques" section of the magazine. A picture of a section of his layout was also published with the article.

Paul has been a contributor to Classic Toy Trains since 2002. He has also had two articles published in Trains magazine. He has two more articles pending publication in Classic Toy Trains.
Posted by Paul Ullrich, WMRC Blog Editor at 1:52 PM 2 comments: 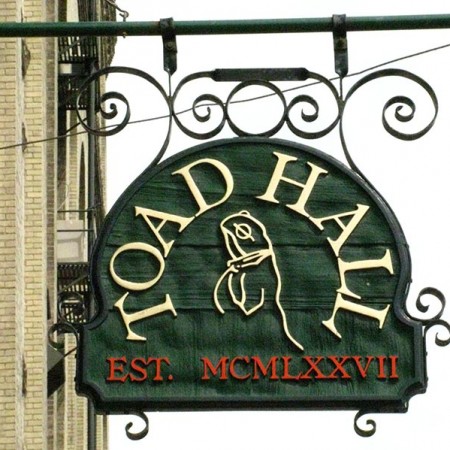 To celebrate their 40th anniversary, Toad Hall Toys is holding a model / miniature contest. Make any model, any miniature, but it must have a "TOAD" in it. The maximum size 10"x 10”.

Finished models will be displayed in their store at 54 Arthur Street until after their birthday celebrations on August 19, 2017. All models will be judged by the England family. The lucky winner will receive a Toad Hall Gift Certificate for $100.

Deadline for entries will be Saturday, July 29th. All displays must be dropped off at Toad Hall Toys on or before that date.For more information, please call Darryl Audette or Dianna Berard at 204-956-2195. How cool is this? Trains magazine has featured a Manitoba short line in its June 2017 issue. The Keewatin Railway, owned and operated by the Mathias Colomb Cree nation, runs a regularly scheduled mixed train from The Pas, Manitoba to Puktawagan. It’s featured on page 22 of the print edition, and a photo gallery has been posted on the Trains.com website, which you can see by clicking here.
Posted by Paul Ullrich, WMRC Blog Editor at 7:00 AM No comments: 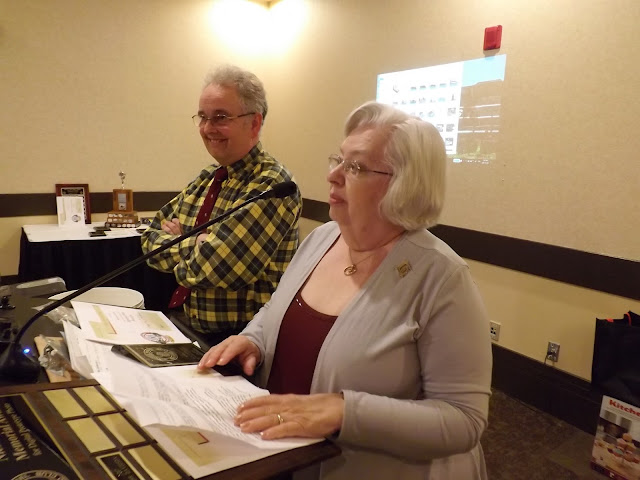 The late, great Nick Andrusiak was honoured at the WMRC’s annual banquet and awards ceremony, which was held last month at the Canad Inn at Polo Park. The club created a special award for digital prototype railroad photography in his name.

Nick’s widow, Fran Andrusiak, gave a moving tribute to her late husband at the banquet and presented the award named after Nick to its first recipient, WMRC secretary Cliff Davidson. 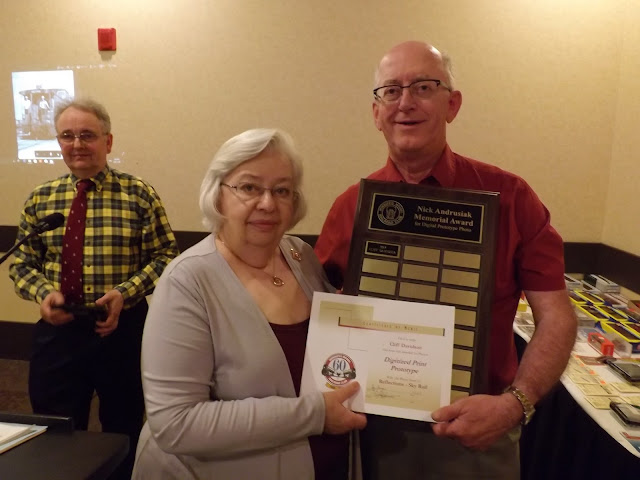 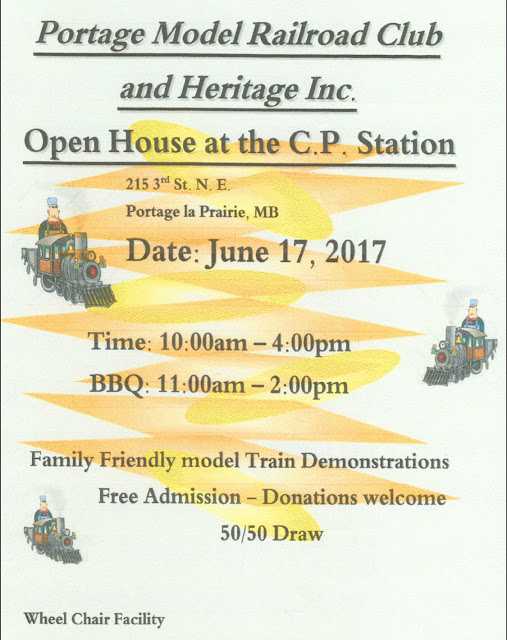 The Portage la Prairie Model Railroad Club will be holding their annual open house on Saturday, June 17 from 10:00AM to 4:00PM. There will be a barbecue, family friendly model railroad demonstrations and a 50-50 draw. The Portage Model Railroad Club is located at the Canadian Pacific Railway station in Portage La Prairie, Manitoba at 215 street N.E.  The club is a wheelchair accessible facility.
Posted by Paul Ullrich, WMRC Blog Editor at 7:00 AM No comments: 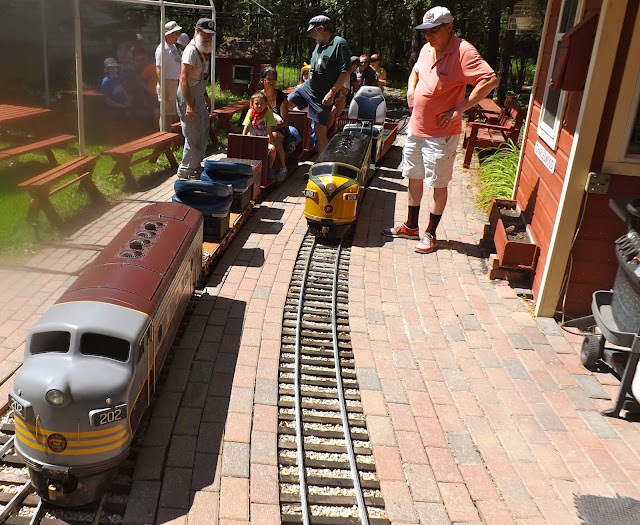 One ride costs two bucks, and you can buy a 12 ride pass for only $20! Children two years of age and under ride for free! All minors must be accompanied by an adult.

The AVR is located at 3001 Roblin Boulevard, just west of Assiniboine Park. They hold public open houses on the second full weekend of each month from June to October.
Posted by Paul Ullrich, WMRC Blog Editor at 6:00 AM No comments: 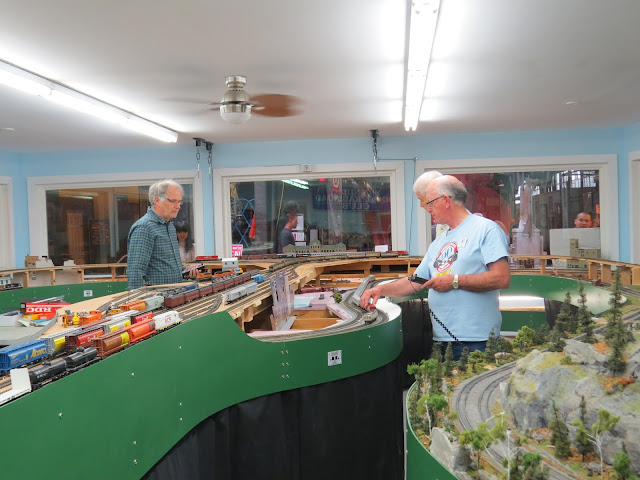 Everyone had a great time running trains at the Gateway Western Railway in the Winnipeg Railway Museum during Doors Open Winnipeg last weekend! The next time the Gateway will be open to the general public will be during Railway Days in September. Hope to see you all then! All photos by Morgan Turney. 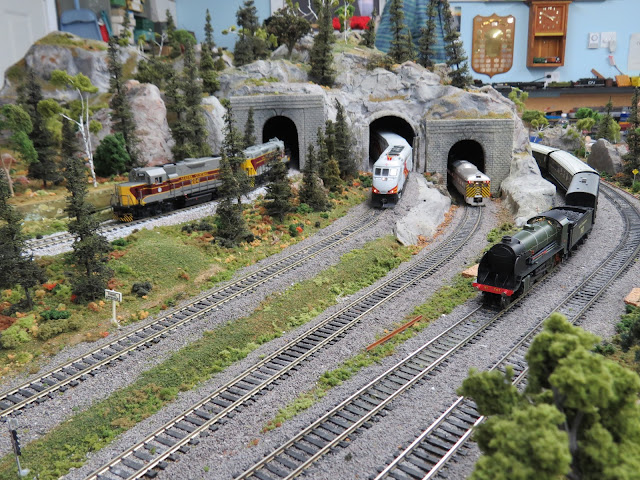 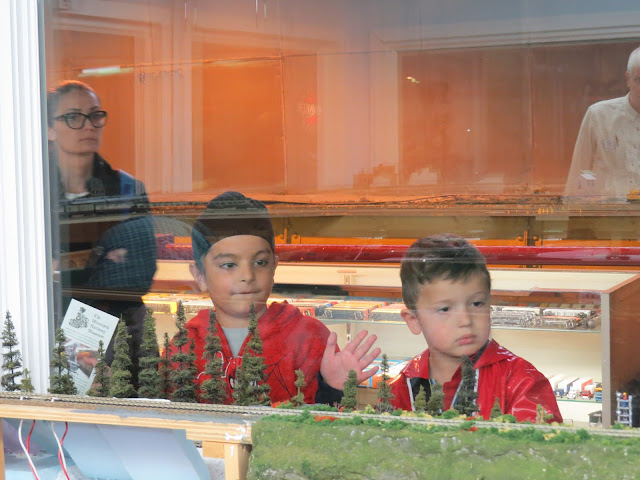 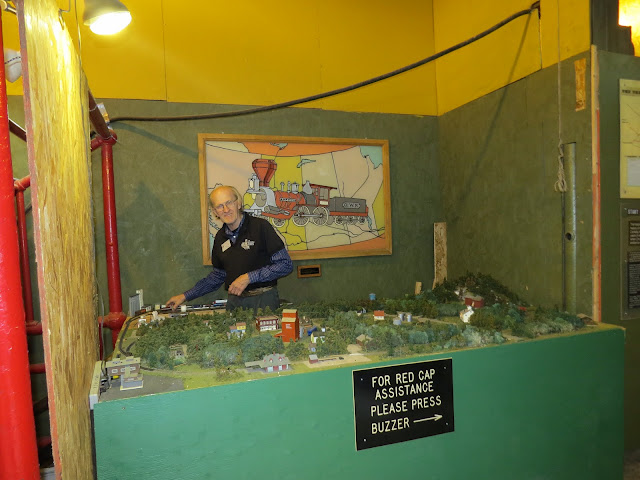 Posted by Paul Ullrich, WMRC Blog Editor at 8:29 AM No comments: