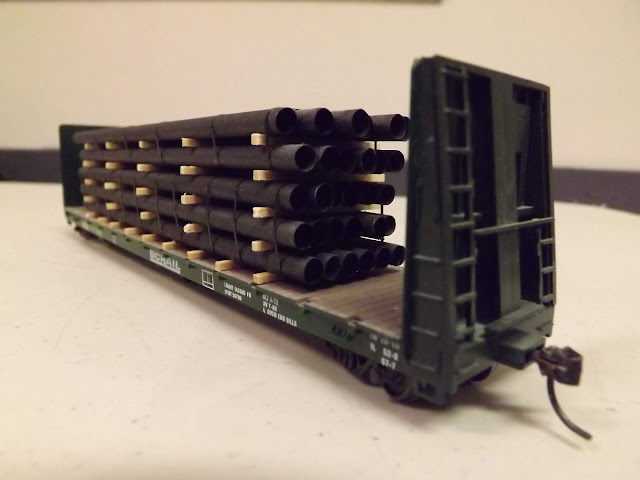 Past WMRC president Larry Leavens brought in a BC Rail bulkhead flat car that he has been working on to the club's November meeting. It's a Roundhouse kit which Larry added Kadee couplers. He used a paint pen to weather the trucks.

The pipe load was made from plastic straws which were cut to a scale 42 feet. Larry sanded the straws before painting them to give them a "tooth" for the paint to stick. He also painted the inside ends a bit to remove the shiny plastic look.

4'x6' scale lumber was used to separate the pipe loads. ACC glue was used to glue the pipe to the wood. Chart tape was used to simulate the steel banding used to secure the load. The ends were secured with more ACC glue, as chart tape doesn't hold very well.
Posted by Paul Ullrich, WMRC Blog Editor at 6:29 AM No comments: 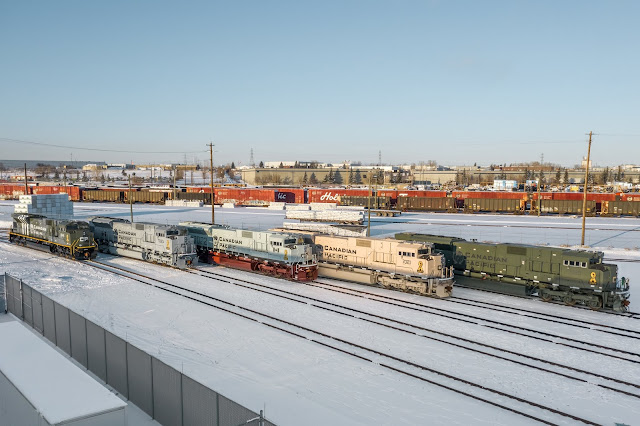 The crews at the CP paint shops have really outdone themselves this fall! After first releasing several locomotives with their traditional grey and maroon paint schemes, they've just launched a fleet of locomotives in military style designs to honor our veterans and all of our armed forces.

Our two stalwart stringers and long time WMRC members Brent Tingey and Felix Lesiuk dispatched these images over to us. Thanks, guys! 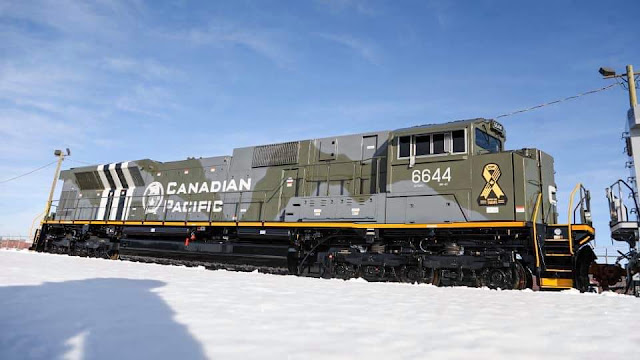 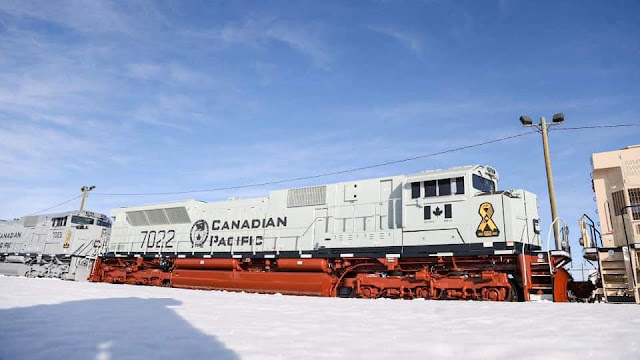 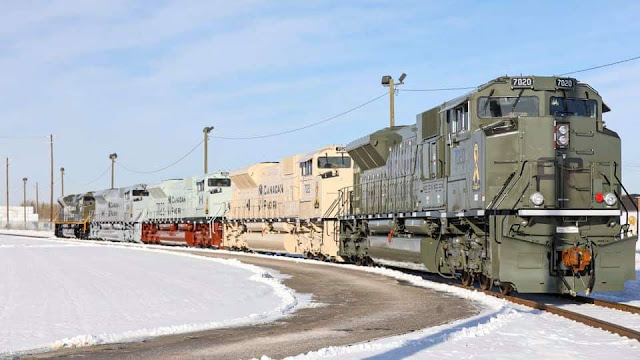 Posted by Paul Ullrich, WMRC Blog Editor at 10:44 AM No comments: 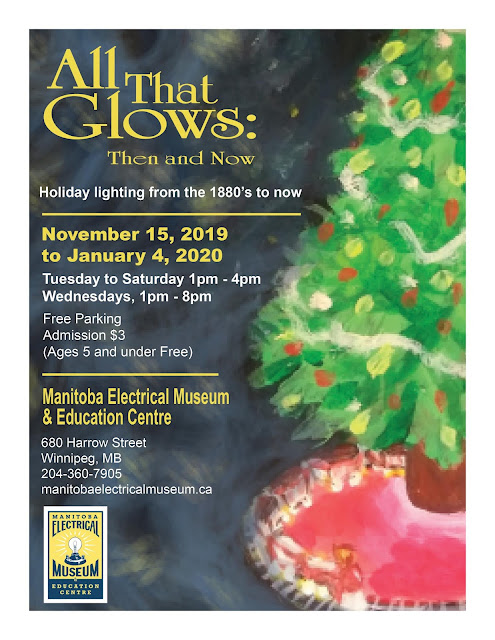 The Manitoba Electrical Museum is holding their annual All That Glows Christmas display, and this year they're featuring electric trains! The WMRC's dynamic duo of Secretary "Marvelous" Marvin Fetch and Social Media Director Paul Ullrich helped set up the train displays, which include an operating Lionel layout in the museum's lower level.

The display runs from November 15 to January 4. The museum is located at 680 Harrow Street. They're open from Tuesday to Saturday from 1:00PM to 4:00PM, and on Wednesdays from 1:00PM to 8:00PM. Admission is $3.00 and children ages five and under are admitted for free.
Posted by Paul Ullrich, WMRC Blog Editor at 7:17 AM No comments: 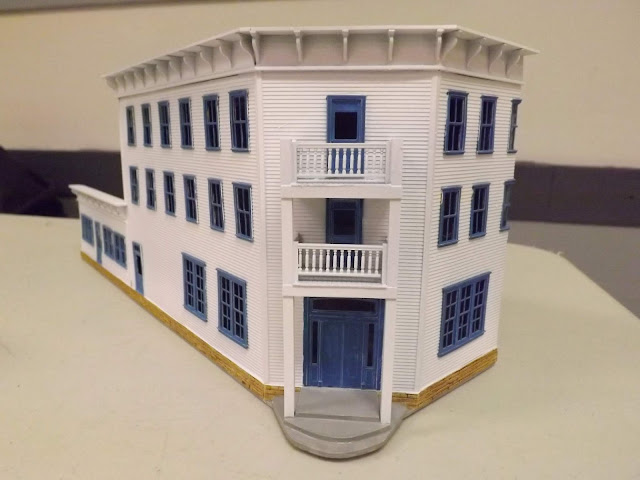 Ivan and Nathanial Paradis submitted this scratch built model of a Sifton style hotel from a 50's prairie town at the WMRC's last meeting, held on November 8, 2019. The building is typical of the style of hotels found in many Canadian prairie towns from 1900 to 1950. Some survive to this day.

The model was scratch built with Evergreen sheets and strips, a Plastruct vac form sheet for the foundation, and Tichy Train Group windows, doors and corbels. The building is set to fit into a base that includes sidewalks and side steps. Lettering for the sign is forthcoming.
Posted by Paul Ullrich, WMRC Blog Editor at 8:00 AM No comments: 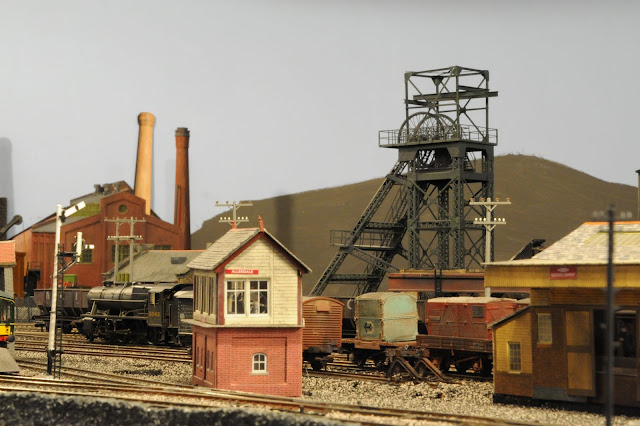 We have a great show lined up for our November meeting! Ed Mulholland will showcase his Cumbrian Valley Lines layout, one of most spectacular layouts ever built in Winnipeg. Then Tommy Kucera will make a presentation about his visit to the Hungarian National Railway Museum in Budapest.

The fun starts this Friday, November 8, at 7:30 PM in the Tank Room at the Charleswood Legion, 6003 Roblin Boulevard. The canteen will be open and we'll have our monthly model display.Not a member? Not a problem! Guests are always warmly welcomed.
Posted by Paul Ullrich, WMRC Blog Editor at 12:56 PM No comments: