Photos of the original Gateway Western in the 70's and 80's 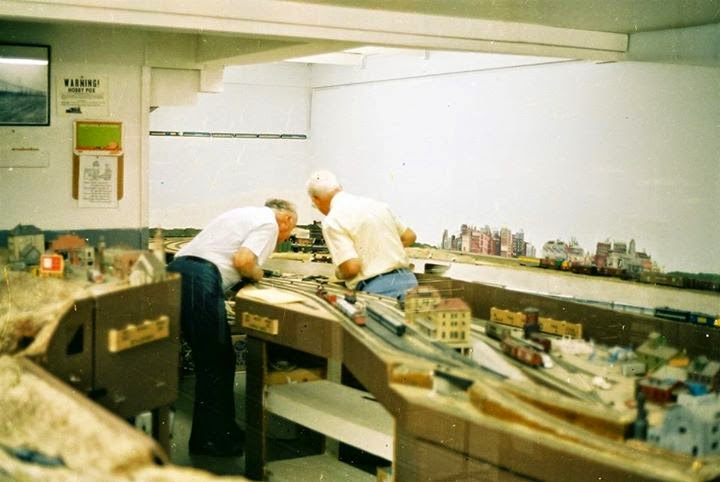 Mark Perry, who is one of the WMRC's Facebook friends, has shared these wonderful photos of the original Gateway Western Railway on the club's FB page.

The first Gateway Western was in its own room on the main floor of Winnipeg's Union Station, long before Via Rail took the building over. It was a landmark for decades until the club was forced to demolish it to make way for a new bathroom.

Since then, it has been revived first as a modular group, then as a permanent display at Gooch's Hobbies, and no finally back to its original place (albeit one floor above) back at the station in the Winnipeg Railway Museum!

The image above was taken in the 70's.  Bob Whitehouse is seen on the left, bending over the layout as Lindsey Fuller looks on.

The image below was taken in the 80's. Jim Jenkins is seen in the back, while Dave Kyliuk switches out one of the industry tracks on the layout. 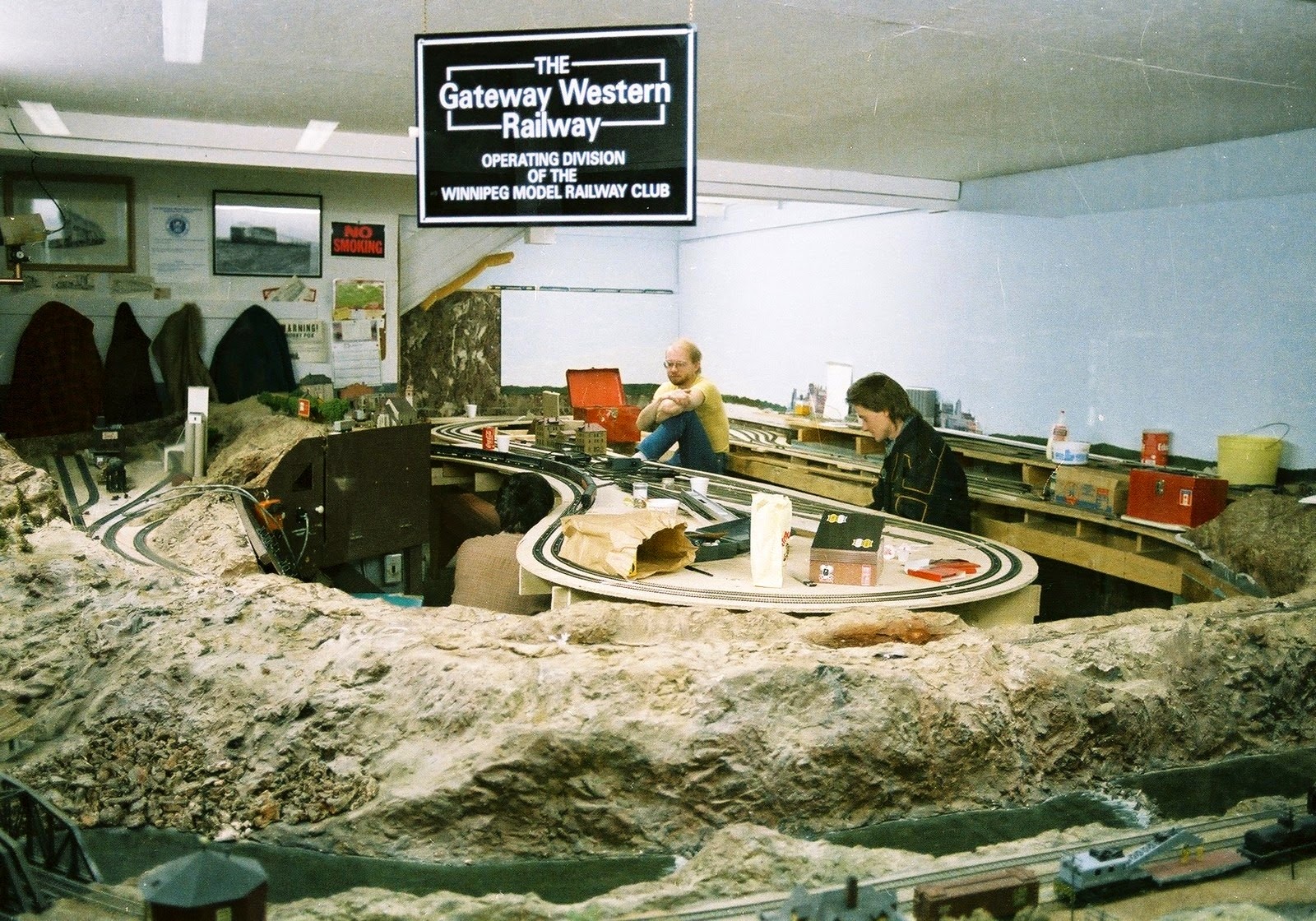 Posted by Paul Ullrich, WMRC Blog Editor at 6:53 AM