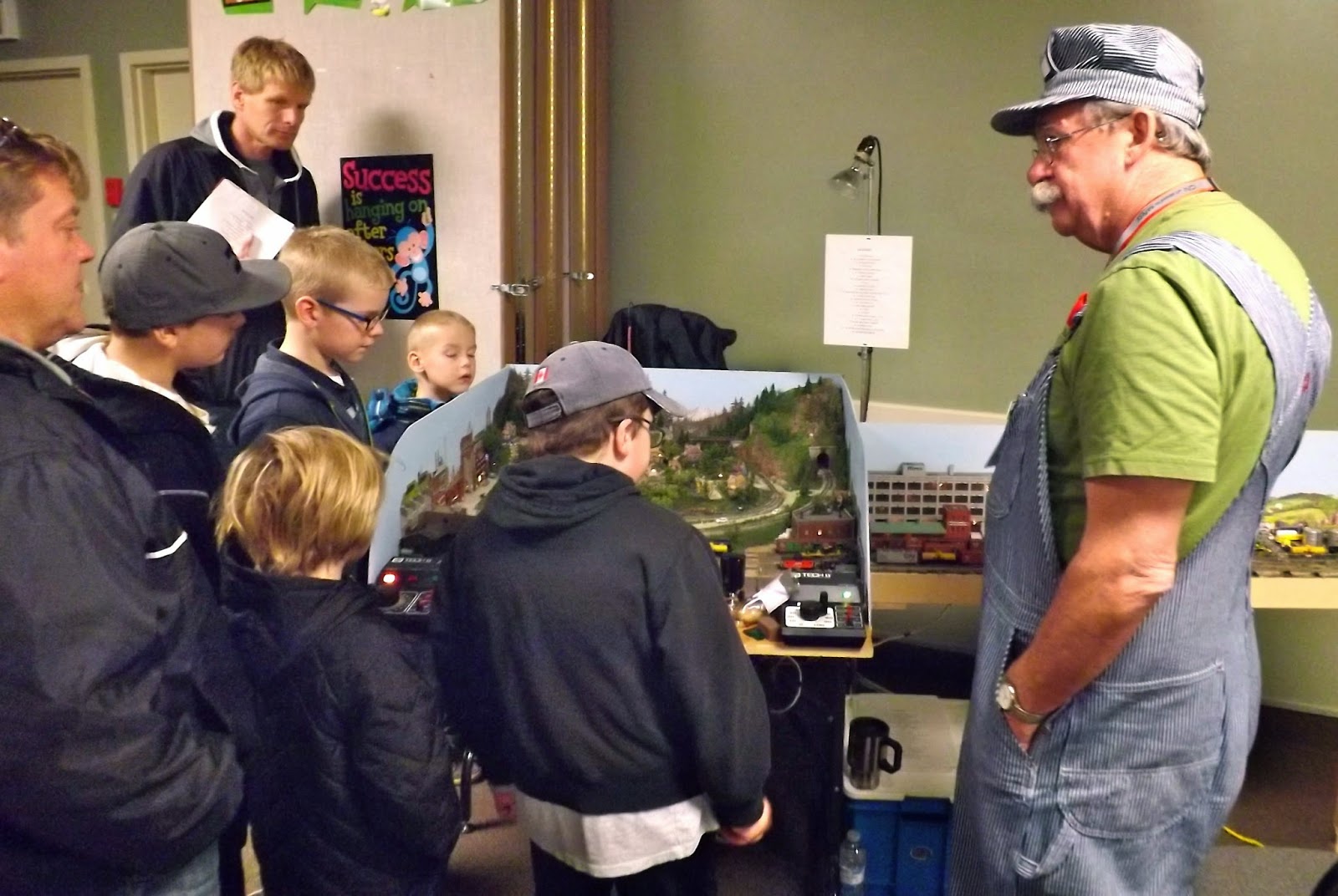 Over 250 very happy people attended NMRA Canada's very first public train show last Saturday. Although the show was scheduled the day after Halloween and at the same time as one of the biggest comic book conventions in Western Canada, the event still managed to draw a surprisingly large crowd of train lovers, and raised a respectable amount of money to be donated to St. Amant.

The No. 1 Northern Division's Free-Mo group, which had the largest display at last month's Manitoba Mega Train Show, had the largest display this time as well. The group (dubbed the "blue shirt guys" by the show's visitors) received many compliments not only for their layout, but their willingness to share all aspects of their hobby and answer any question the viewers had about their group, and of model railroading in general.

No. 1 Northern Superintendent Dennis Rietze ran a demonstration on how to run a model railroad with a cell phone. He was also interviewed by CTV News Winnipeg, which ran the segment on their Saturday evening news program. Several NMRA members were also on hand to promote the organization and its many benefits to model railroaders.

It was also great to see a lot of old, new and familiar faces at the show, such as former Elmwood Hobby Works proprietor Vern Gibson. There were lots of families and plenty of kids , who stayed for many hours enjoying the World's Greatest Hobby! 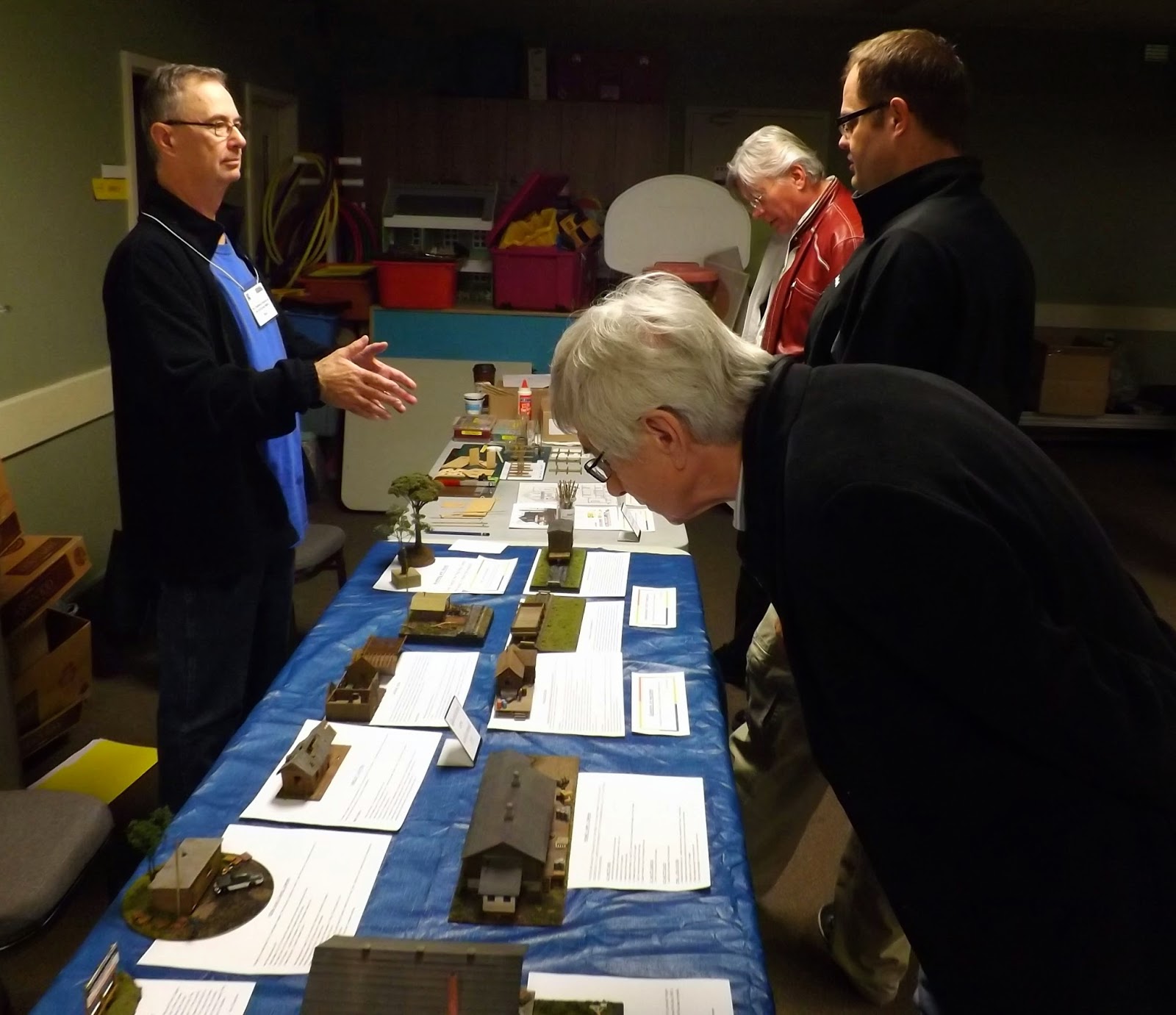 Ron Einarson held clinics all day, displaying many of his award winning models. 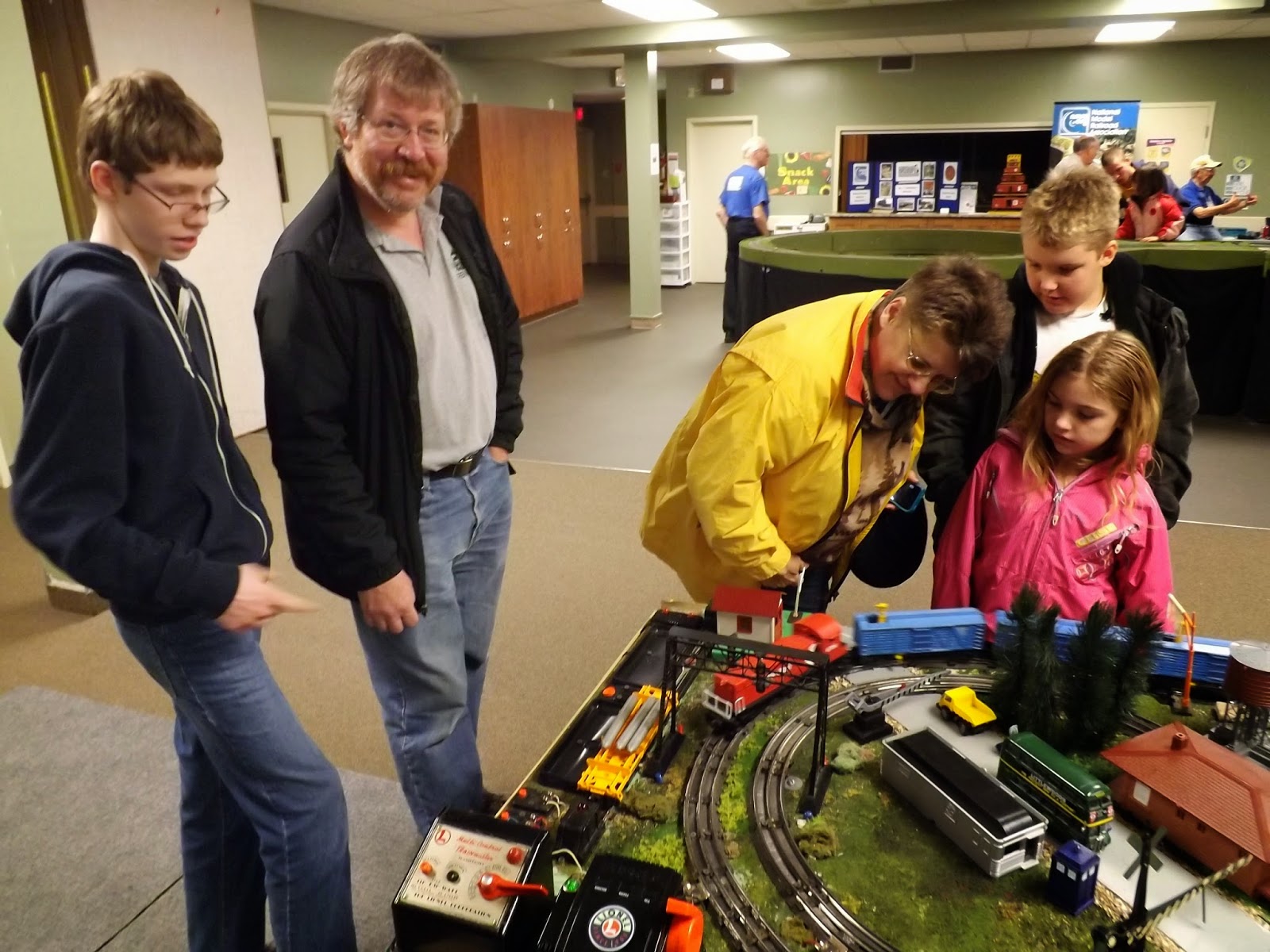 Lookee here! Could that be our old friend Kent, the former WMRC Lantern Editor with his son, enjoying WMRC blog editor Paul Ullrich's portable Lionel display? It sure is! 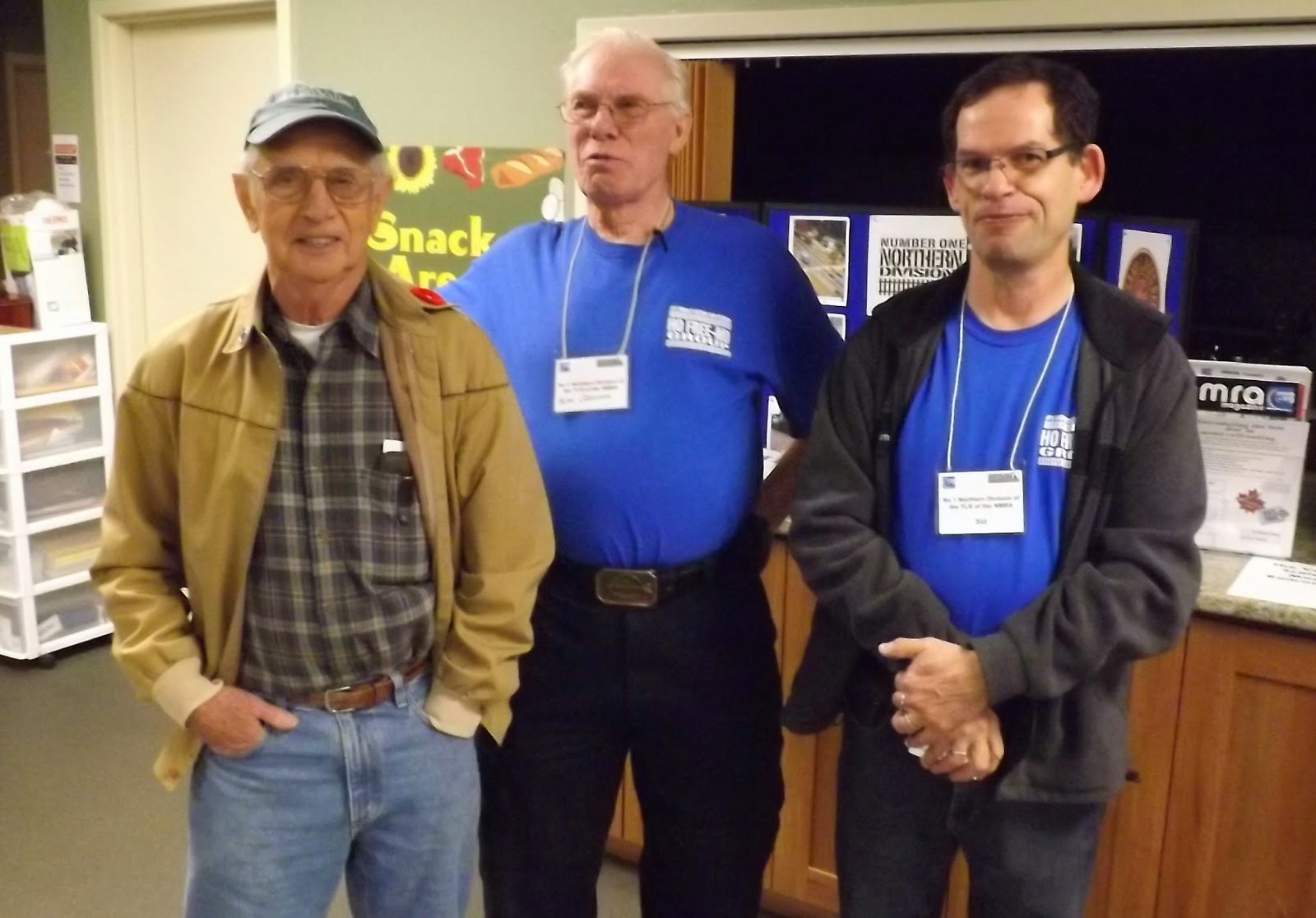 Two of the "Blue Shirt Guys" (not to be confused with the Blue Man Group), Alan Graham (Centre) and No. 1 Northern Treasurer Sid Greenstone (L) promoting the many benefits of NMRA membership at  the show.
Posted by Paul Ullrich, WMRC Blog Editor at 1:16 PM