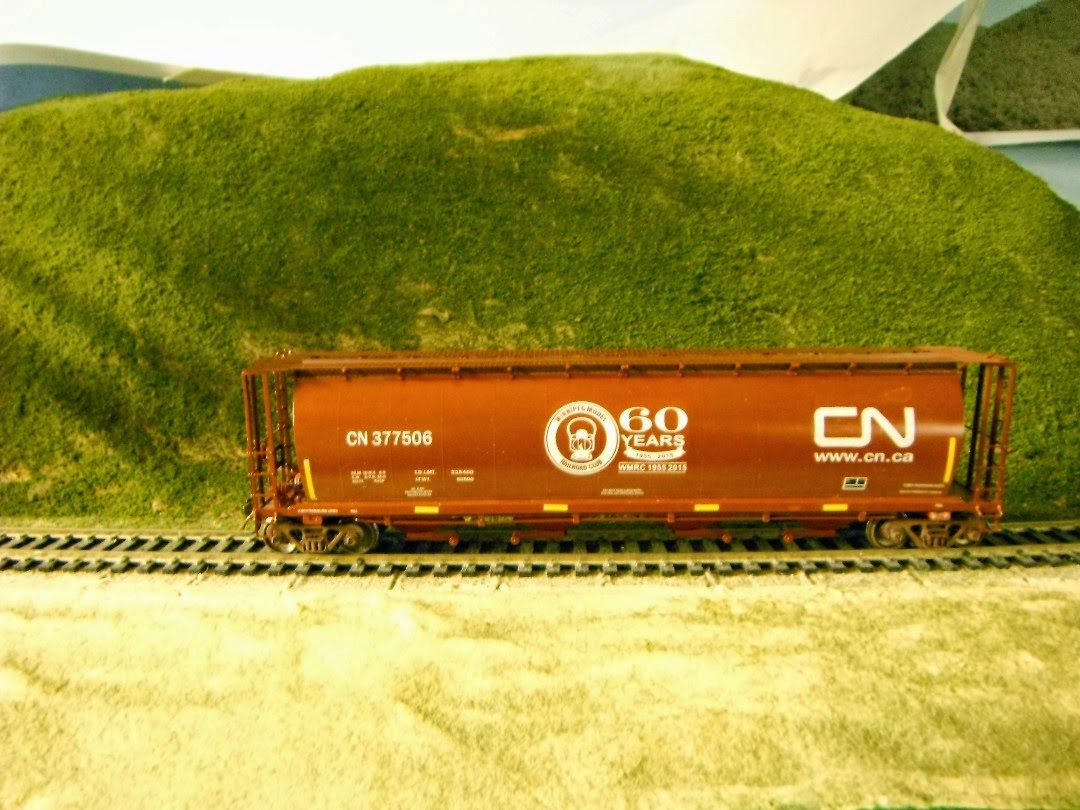 WMRC President Larry Leavens sent in this photo of a CN rail grain hopper with the WMRC's 60th anniversary logo on it while he was out rail fanning last Saturday. Suspicions have been raised as to whether this is actually a prototype image, or one taken of a model on someone's layout. But Larry swears that it is prototype, and as we all know, chief executives never lie (except when they're not telling the truth). However, if you choose to believe him, we'd like to sell you the Chief Peguis Trail bridge. No reasonable offers will be accepted.

All kidding aside, the WMRC is having their 60th anniversary in 2015, and one of the ways we're celebrating is with our annual model contest. This year's special event is to use our 60th anniversary decal (specially designed by blog editor Paul Ullrich) on any railroad related model. It could be an engine, a piece of rolling stock, a building, or anything else you can imagine!

You can purchase these decals from WMRC Program Director Morgan Turney at our next meeting, which will be held on December 12 at 7:30 at the Charleswood Legion at 6003 Roblin Boulevard. A limited number of these decals have been made, so don't put it off much longer than that!
Posted by Paul Ullrich, WMRC Blog Editor at 11:24 AM