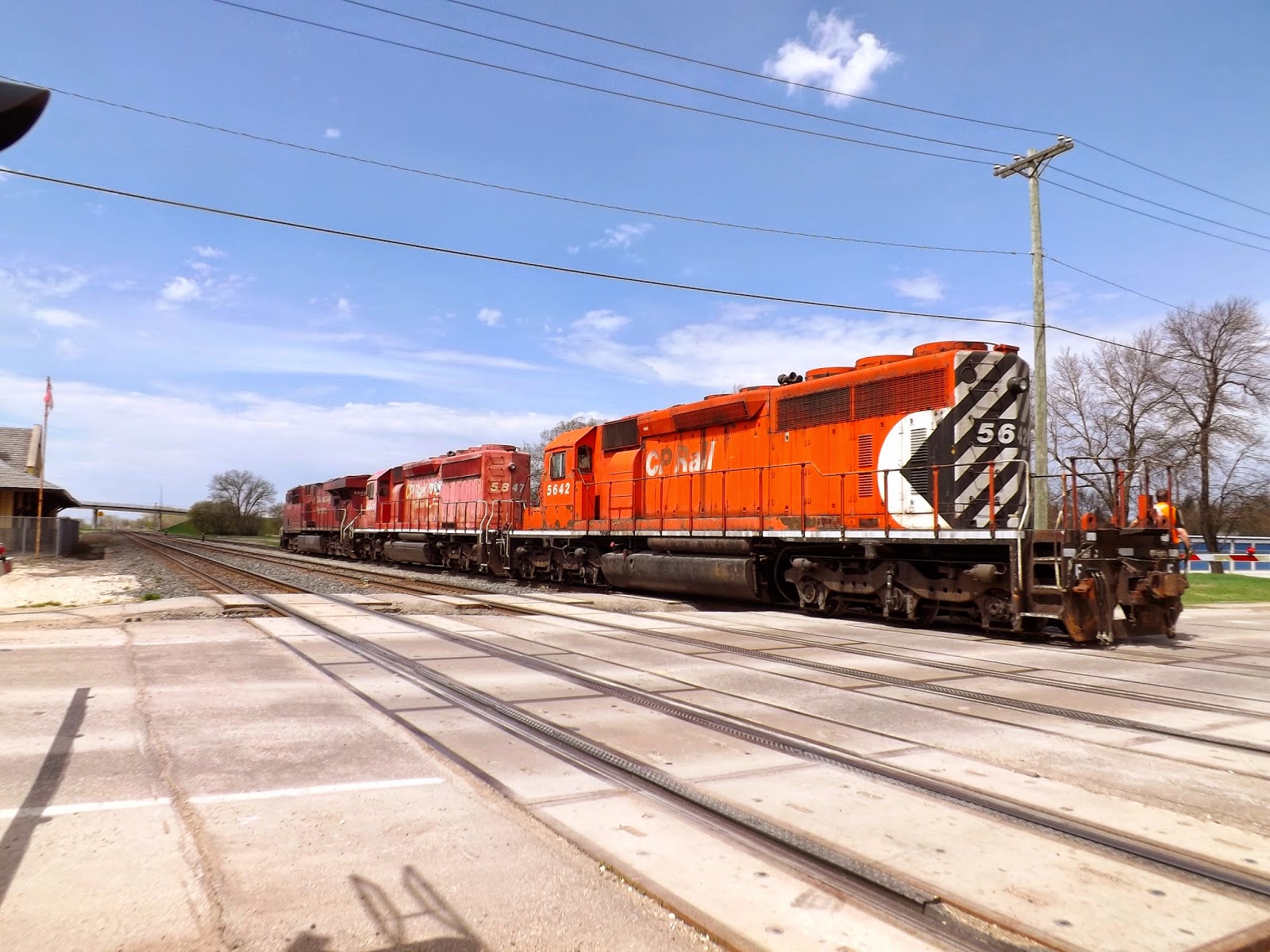 WMRC blog editor Paul Ullrich caught this rare scene of two vintage CP SD-40s being towed by an AC4400 by the level crossing by the former CP rail station in Portage La Prairie.

We have one of the best rail fanning spots in North America just an hour's drive from Winnipeg in Portage la Prairie. But don't take our word for it - Trains magazine said so several years back! It's one of the few places where the CP and the CN mainlines travel parallel to each other only a few yards apart.

There are several good places to rail fan here. The obvious choice is either at the CP or the CN stations. Many prefer the CN station, as CN runs far more trains during the day than CP (which prefers to runs most of their trains at night). Another favoured spot is the foundation of the old grain elevator by the CP tracks just west of the Tupper Street overpass, which is accessible by a service road that runs in between the CP and CN rail lines. But just a few blocks further west is the diamond, where the main lines interesect. If you're looking for a a spot to view both main lines, can't get any closer than that!

Please be advised that both CN and CP frown upon anyone crossing their tracks at any place other than at a level crossing, so for safety's sake don't test fate by doing otherwise, even if it means missing out on a good shot. 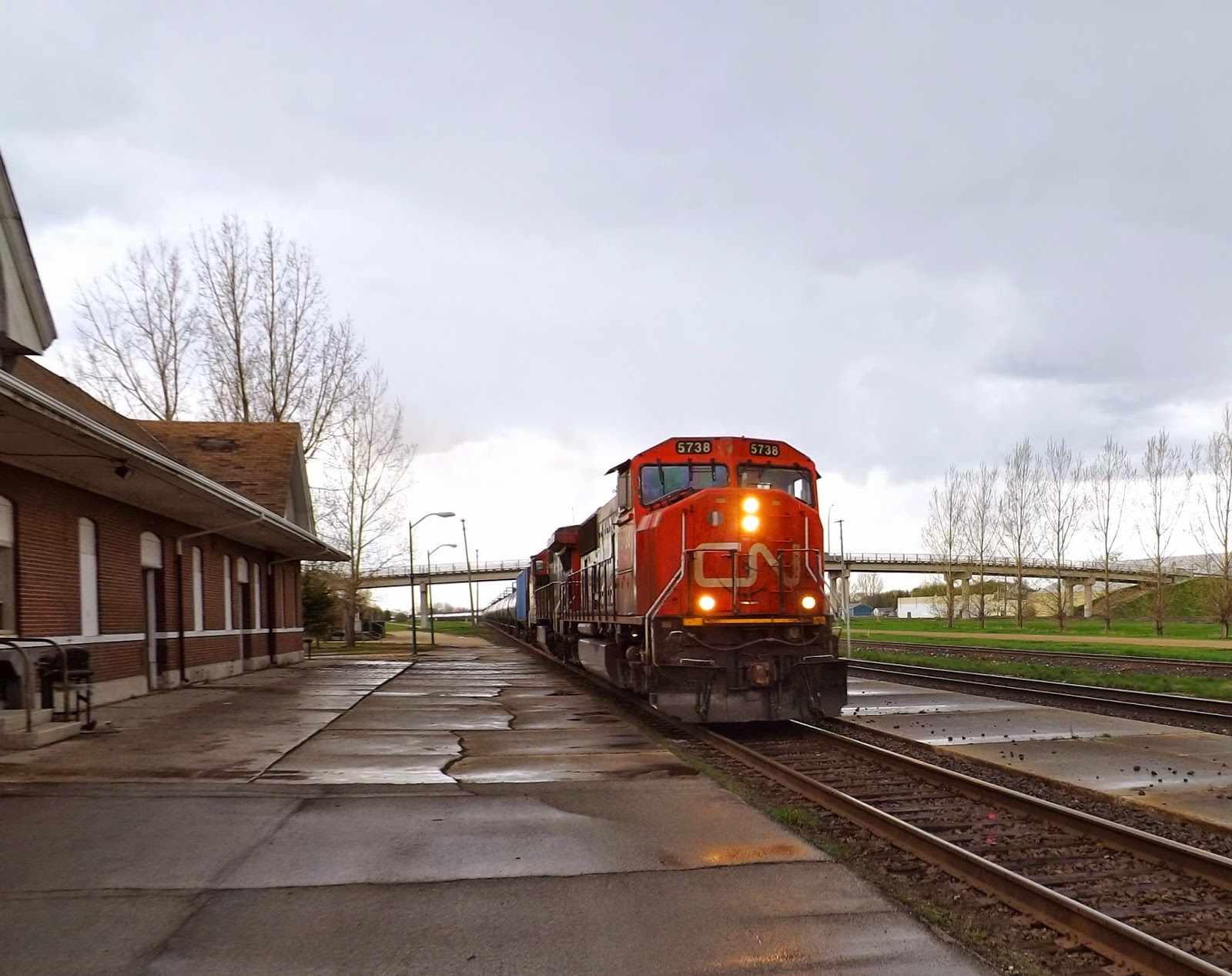 This moody shot of a CN freight passing the station was taken on the same day as the sunny shot of the three CP diesels! We had a lot of weather that day! 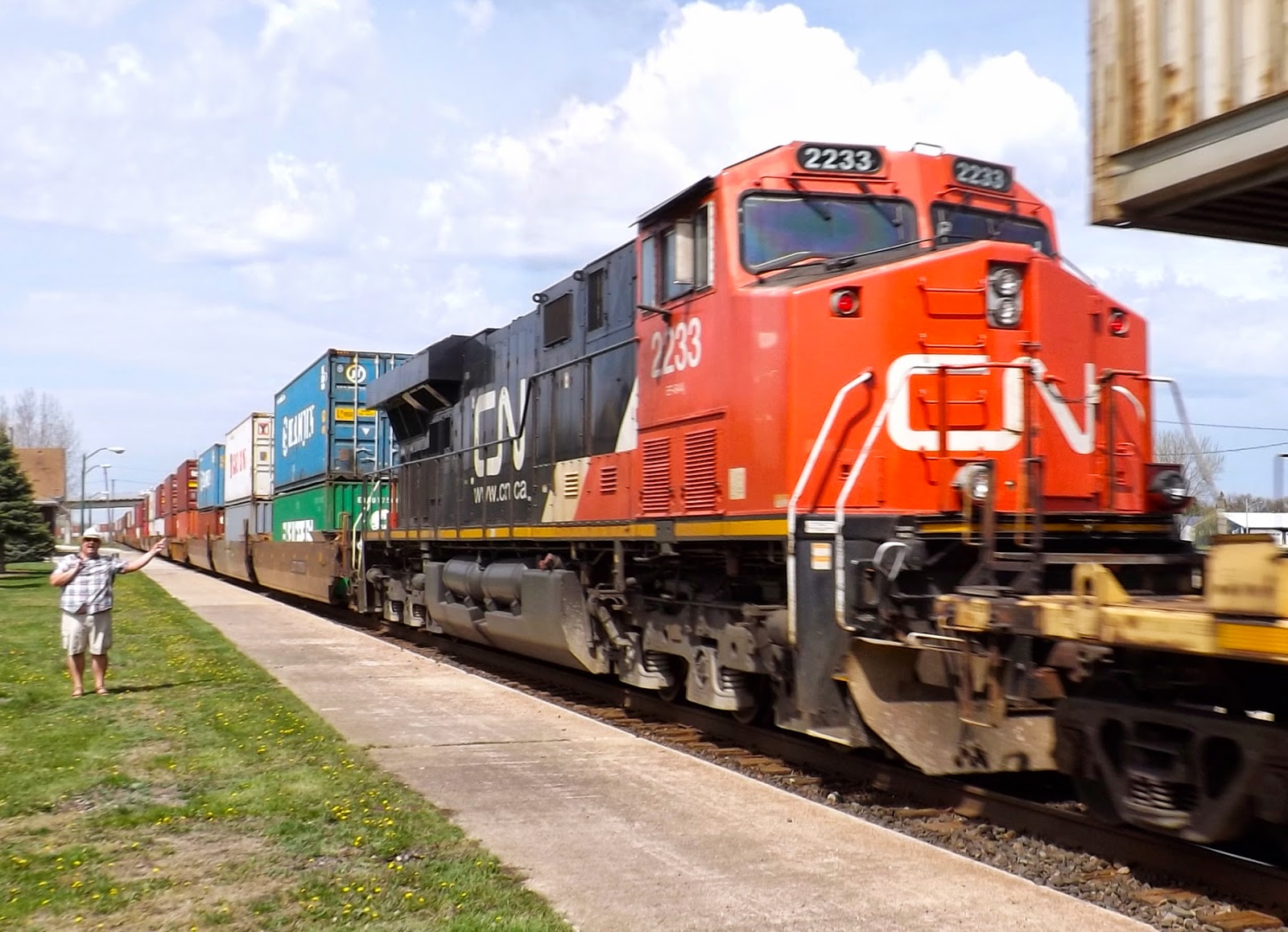 This astute observer points to the locomotive in the middle of  this mile long freight train. 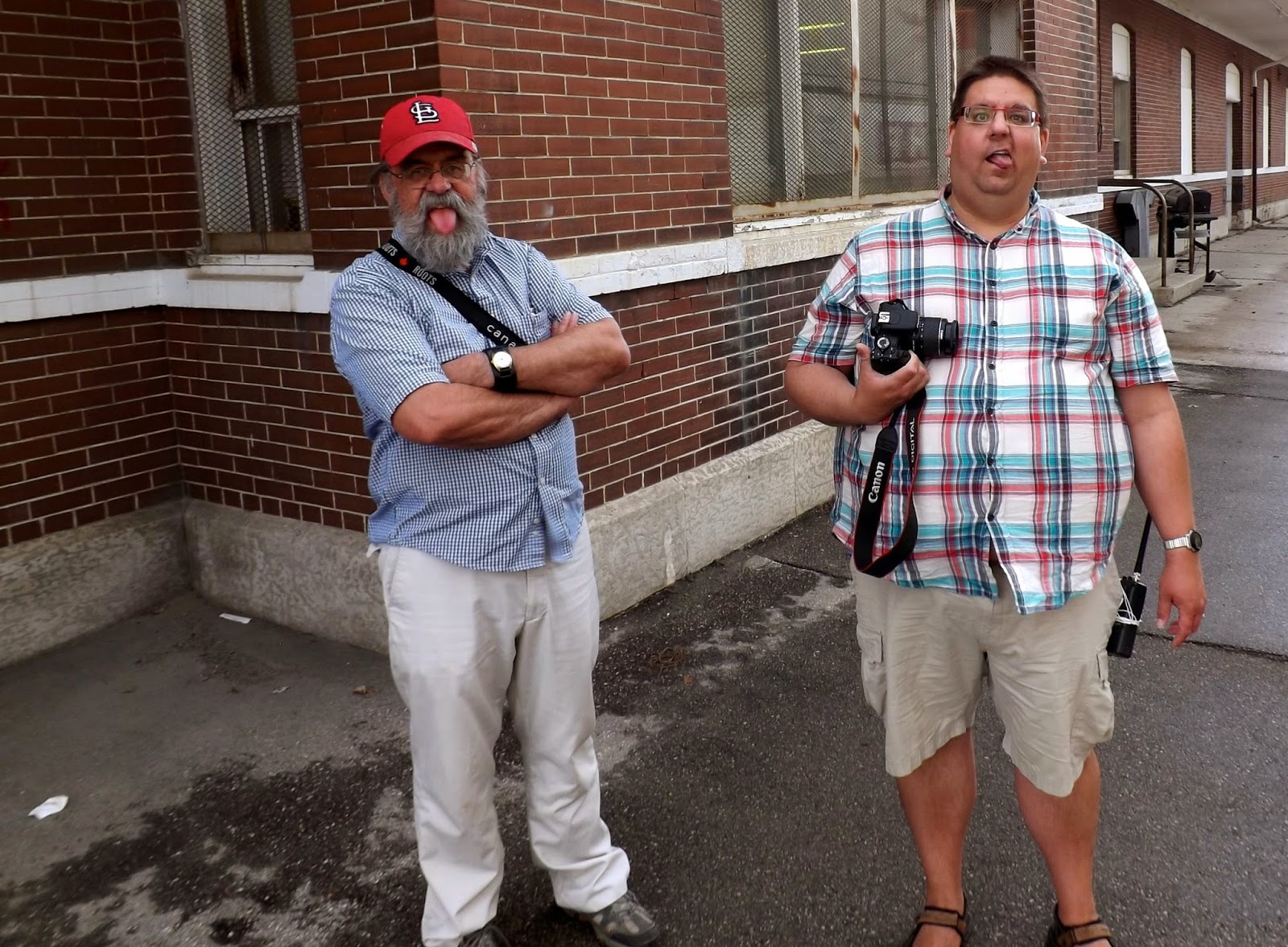 The number one rule about rail fanning is that you have to be very particular about the company you keep!
Posted by Paul Ullrich, WMRC Blog Editor at 12:47 PM