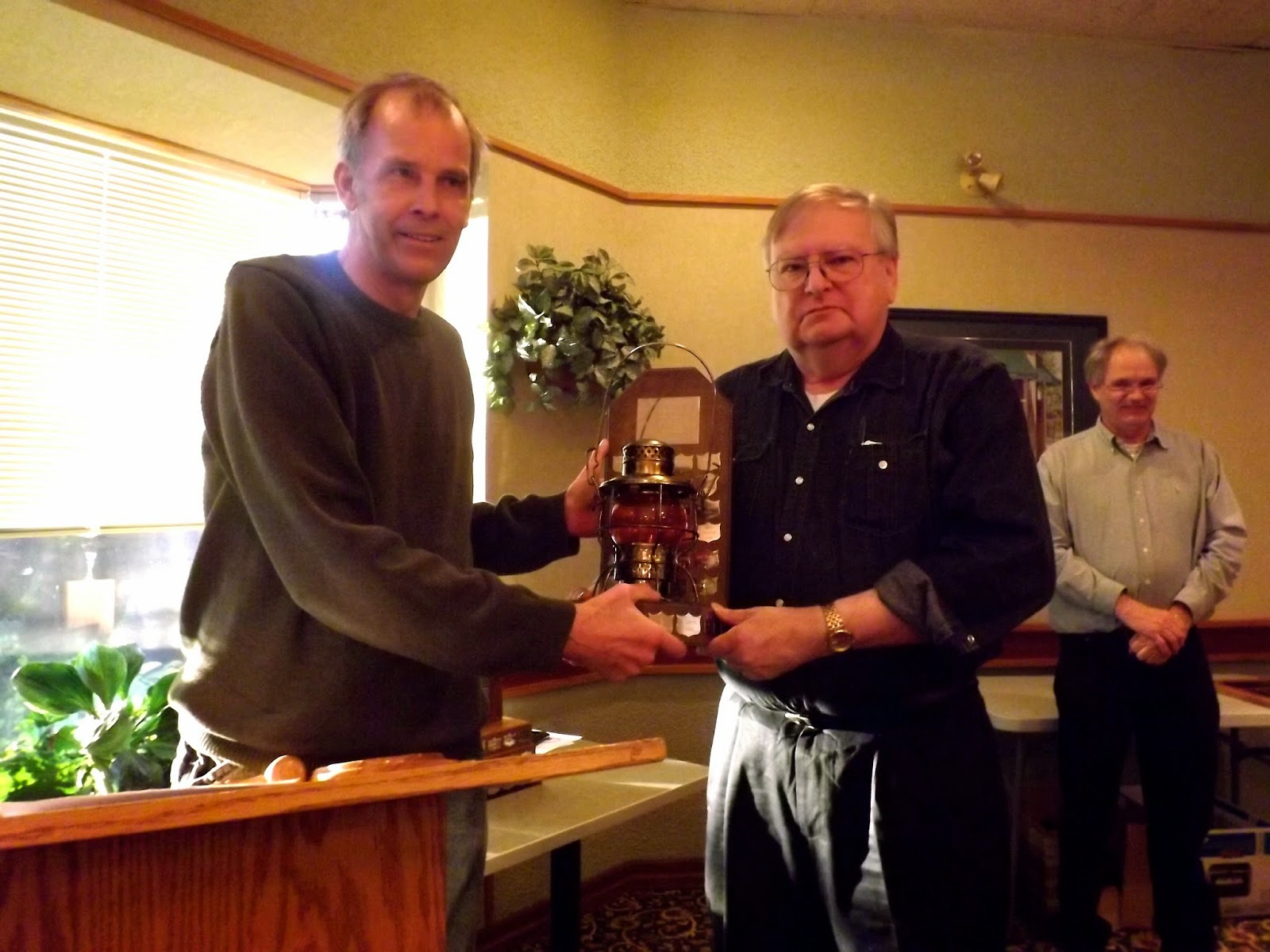 Dave Downie has bee na member of the WMRC for most of his adult life. He has held many positions within the the club, including two separate terms as President and as the program director. He currently serves as the Vice-President of the club.

Dave has been a very prolific contributor to the Lantern this season. His most memorable contribution was a series of articles outlining the history behind the organization of the NMRA's 1983 national convention held in Winnipeg, Railway Jamboree '83. All four chapters of this series have been reprinted in the WMRC blog with the permission of the author. You can view these articles by clicking here, here, here and here.

Posted by Paul Ullrich, WMRC Blog Editor at 11:07 AM