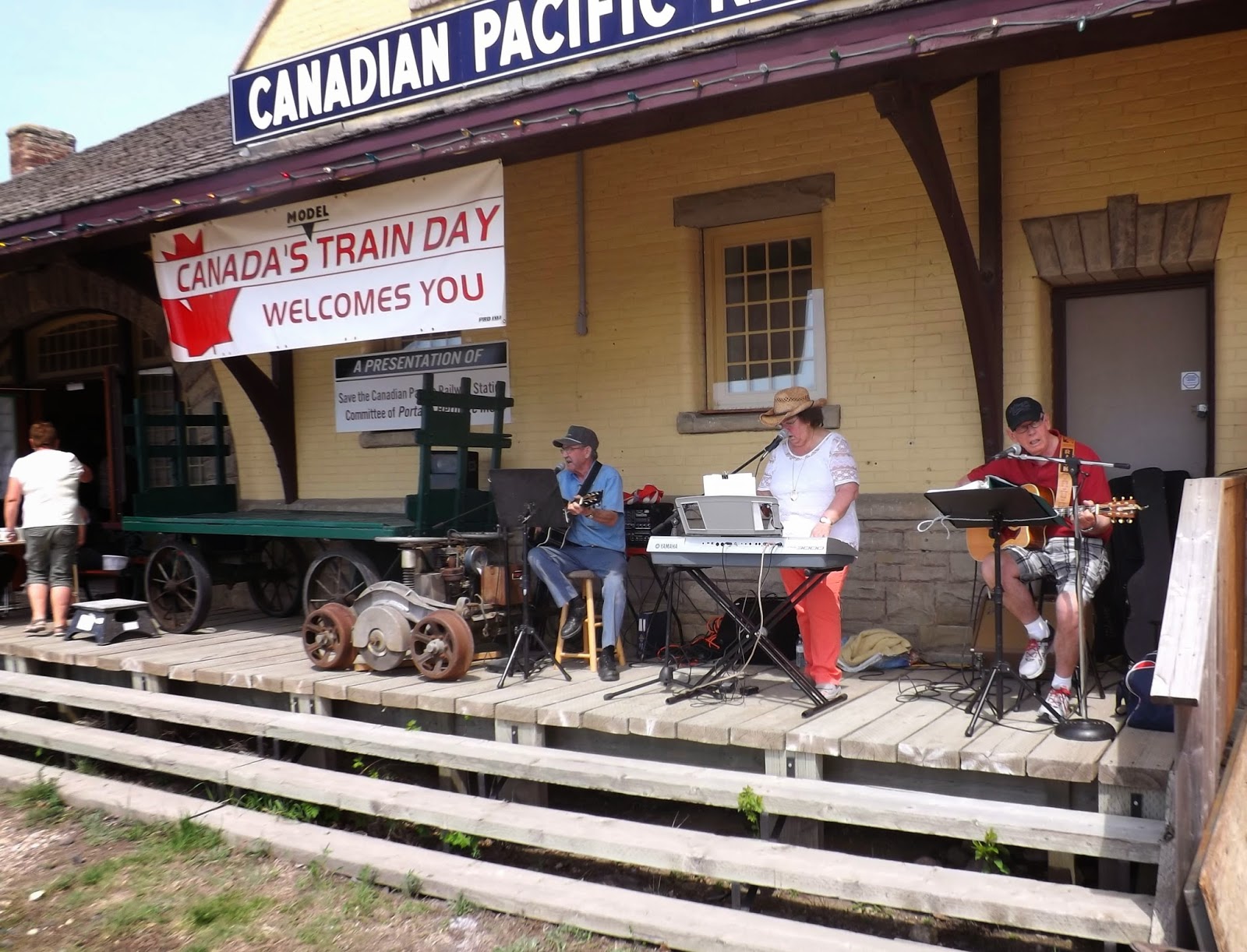 There was record breaking heat, followed by a few downpours and several thunderstorms, but everyone who attended Train Days at Portage la Prairie had a great time!

The Portage la Prairie Model Railroad Club put on a great show, as always. They had three model railroads on display (O, HO and N gauge) at the Canadian Pacific Railway Heritage Park and Interpretive Centre. The station itself has gone through some more renovations. This year they put in two bathrooms. With the 34C heat we had, the bathrooms turned out to be the coolest places on the grounds!

Along with the model railroad displays, they held an excellent barbecue and had a live band playing. Things were going great until 2:00 when the rains came. But that didn't deter several intrepid rail fans, who got some great shots of passing trains under the shelter of the eaves of the CP and the CN stations! The station was open until 4:00, so visitors could still stay dry and view all the exhibits. 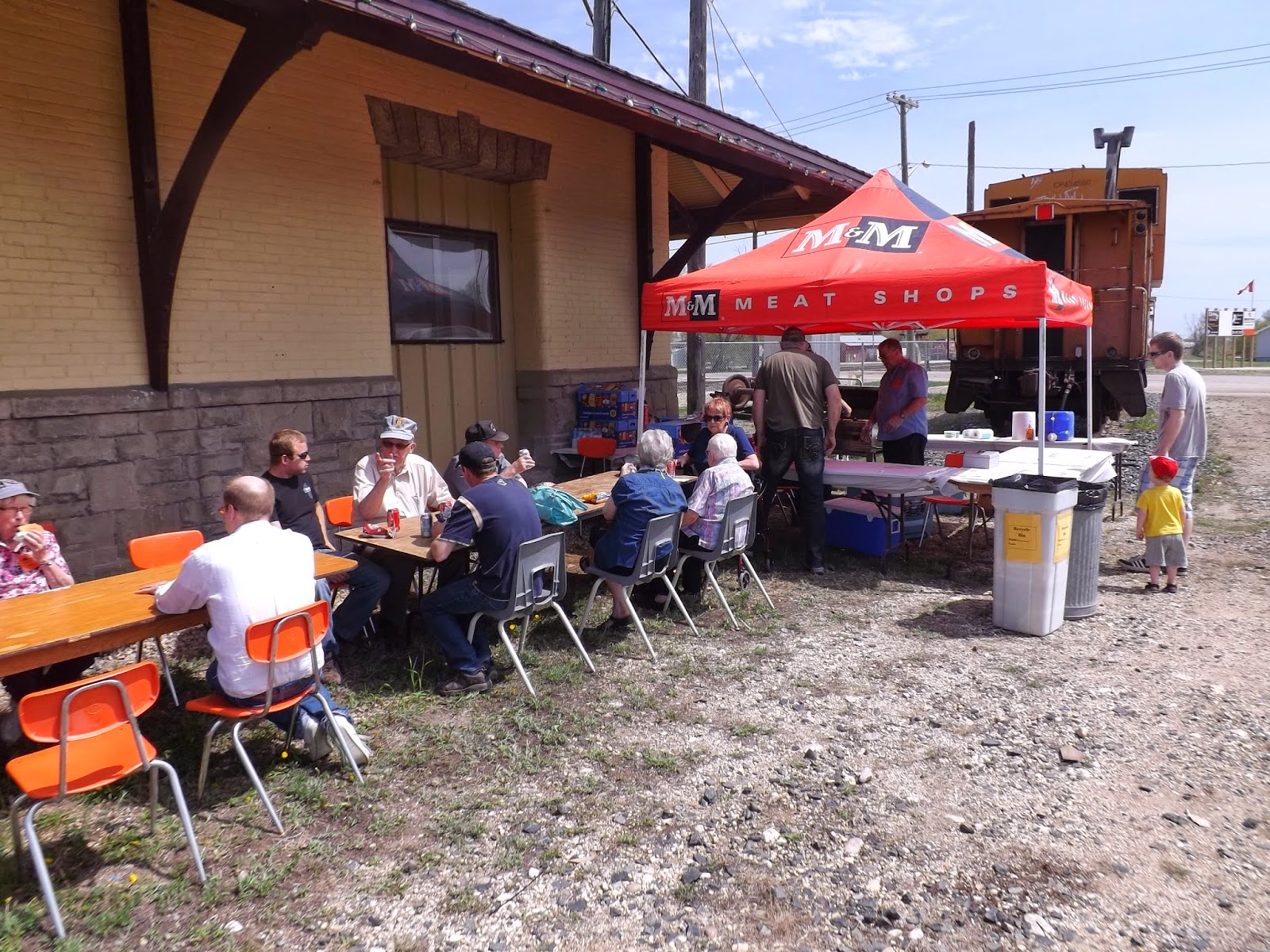 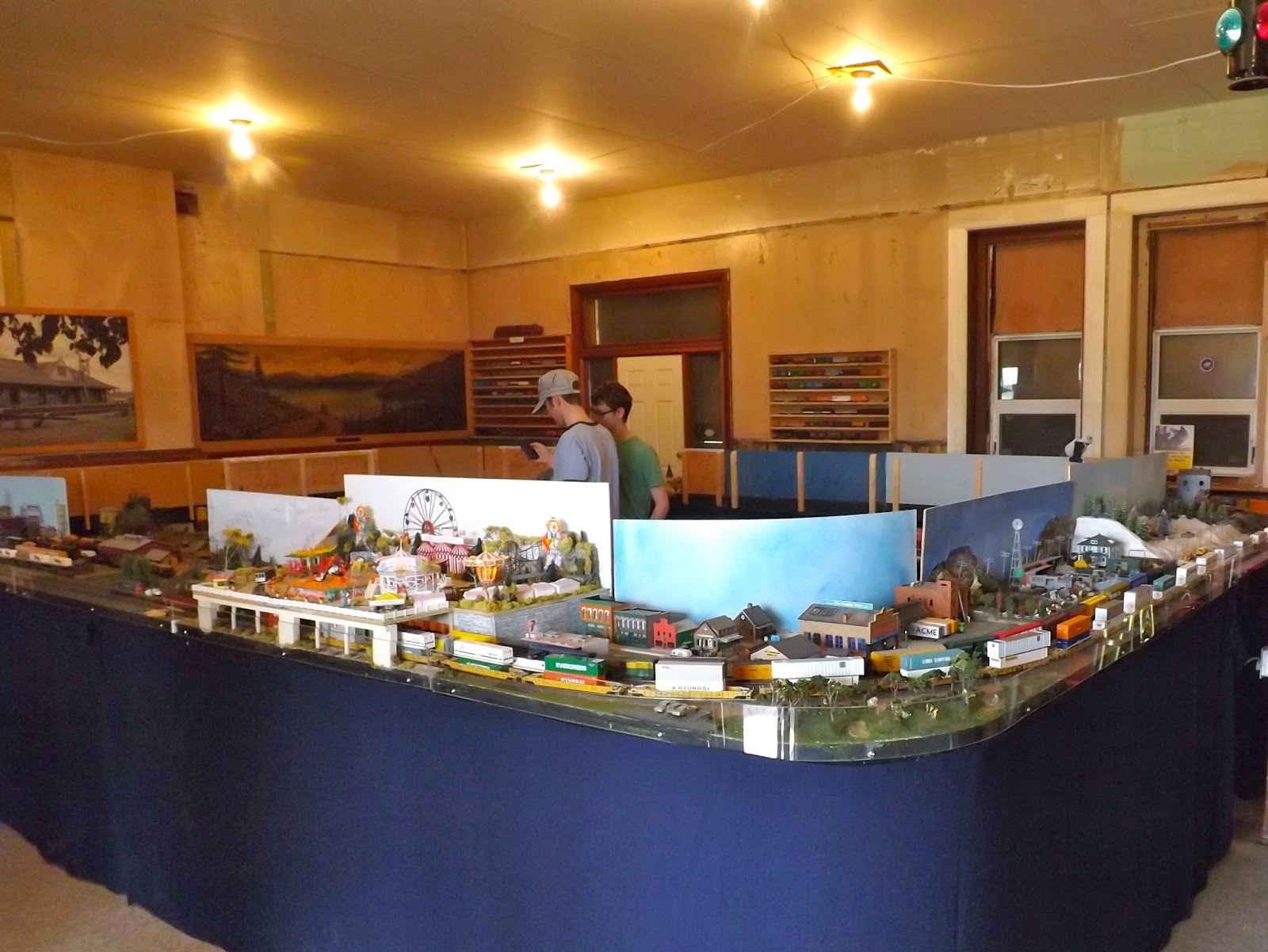 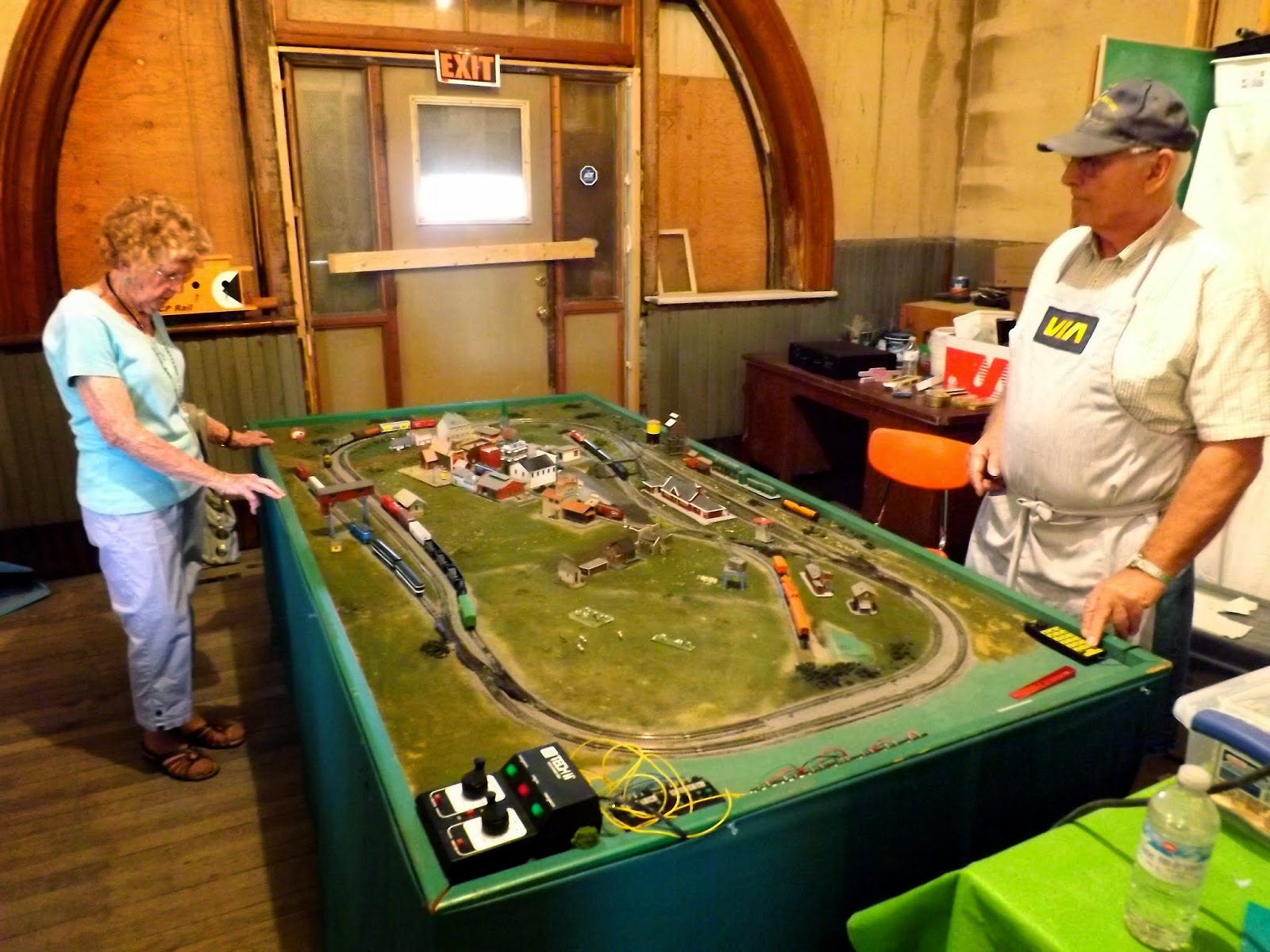