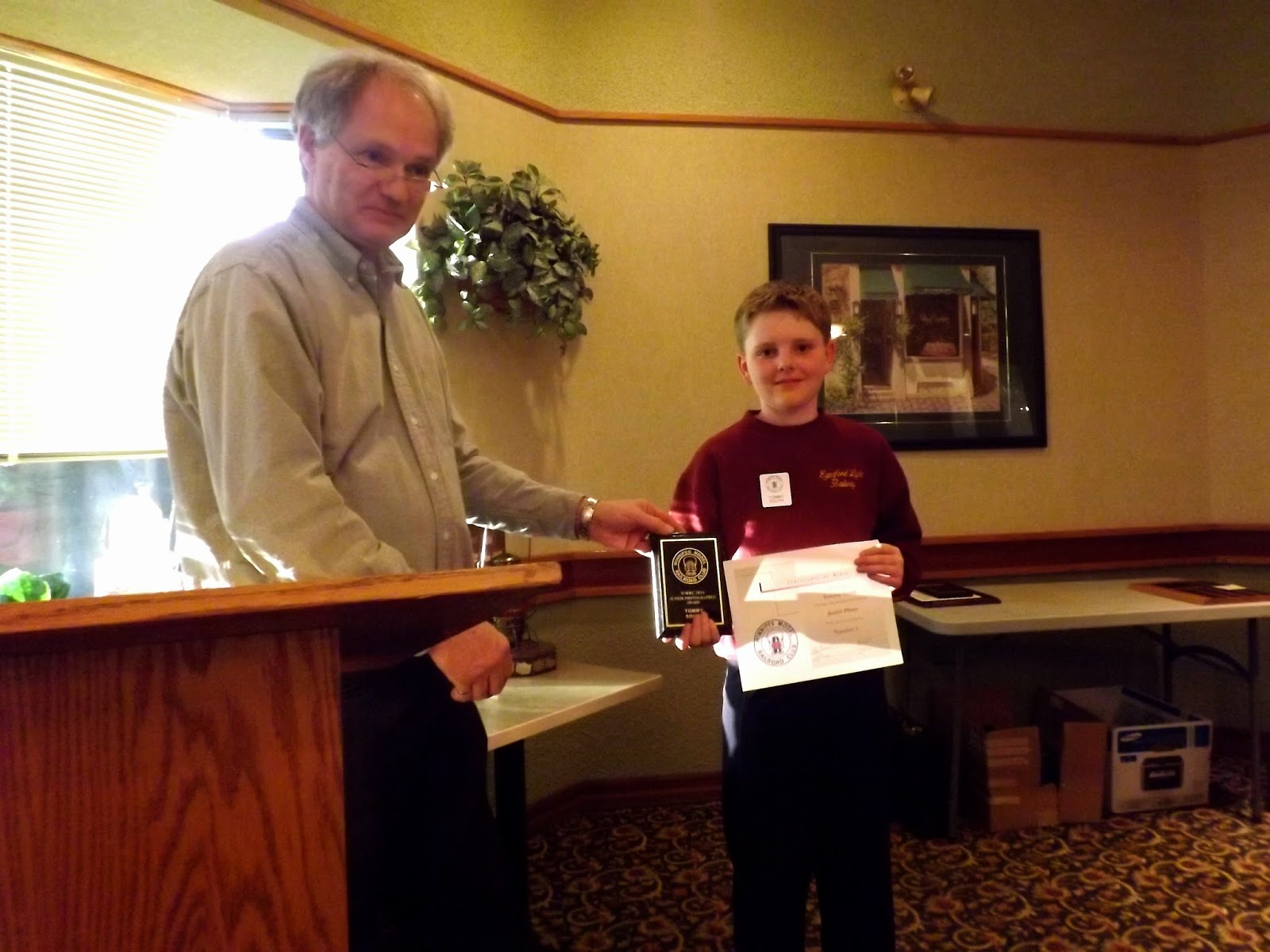 Tommy South, sone of WMRC member Godfrey South, is the recipient of the WMRC 2014 Junior Photographer award. He won the award at the WMRC's annual open house in March, and received his certificate and the plaque at the WMRC's annual banquet, which was held on Friday, May 9, at Aalto's Garden Cafe in Canad Inns Windsor Park.

Tommy, along with Michael Leader, is one of the club's most promising "next generation" of model railroaders. Way to go, Tommy! Keep up the good work! We're sure that you'll be winning many more awards in the future!
Posted by Paul Ullrich, WMRC Blog Editor at 7:56 AM