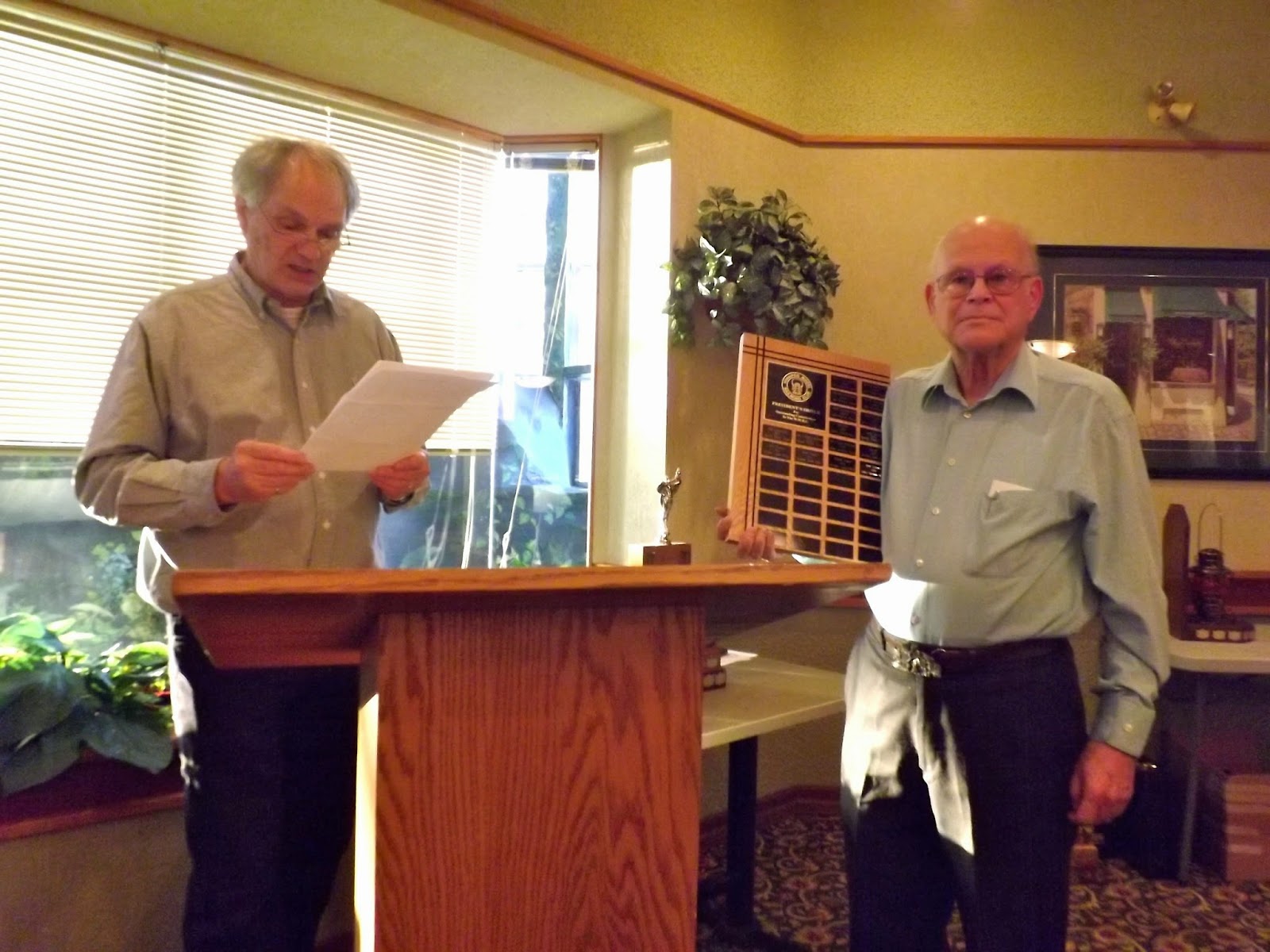 The prestigious President's Shield award, the highest honour that can be given to a member of the WMRC, was awarded by WMRC President Larry Leavens to Norm Leathers for his work on bringing the Gateway Western Railway to the Winnipeg Railway Museum.

Norm, who is a member of both organizations, spearheaded the project and was able to successfully bring the two groups together to work on this project. This not only involved building the railway, but constructing a building within the museum to house it!

The Gateway has always been the club's jewel in the crown, and it was the main reason that many members have joined the club. Unfortunately, it was dismantled in June of 2010 and was sitting in a warehouse until Norm and the dedicated crew from both the WMRC and the museum rolled up their sleeves and started working last year on giving it a new home.

Norm's been a member of the WMRC since 1957, and had held numerous positions in the club. No one deserves this award more than him! Congratulations, Norm! You've earned it!
Posted by Paul Ullrich, WMRC Blog Editor at 8:05 AM