Two layout hops for WMRC members on Saturday May 3 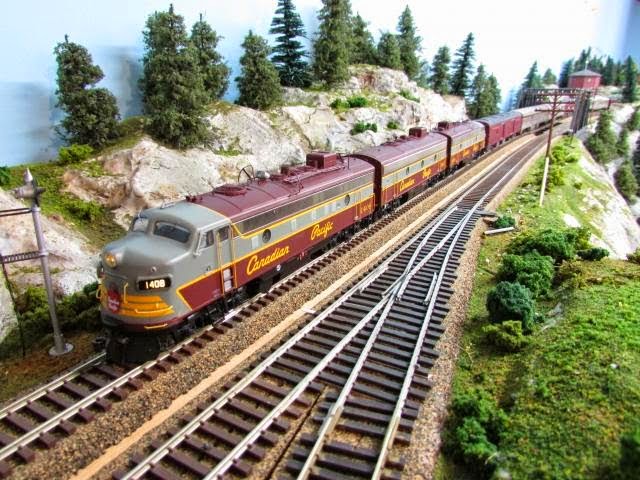 Back in 2011, John Longhurst was bored with his layout, so he tore down a third of it. Three years later, he has finished rebuilding that section. WMRC members are invited to come see the results at a Club members-only open house on Saturday, May 3, 1-4 PM. Address: 82 Arbor Grove. Gone is the three-level Canadian Shield section, replaced with a single level prairie town featuring the exquisite grain elevator modelling of Arnie Walker.

Bonus layout visit: Near to where John lives is a magnificent 1950s-era CPR layout built by Walter Pankratz. Club members are also invited to come see his layout (featuring Rapido's The Canadian and a great rendition of The Dominion) on that same day. Admission to Walter's layout is available only by coming to John's layout first, and getting a map invitation to his house (located about five minutes away).

For a taste of what you can see at Walter's layout, go to John Longhurst's CP Rail Manitoba and Minnesota Subdivision blog at: http://cprailmmsub.blogspot.ca/2014/04/return-visit-to-great-canadian-lone.html.

Posted by Paul Ullrich, WMRC Blog Editor at 10:00 AM