The making of the Gateway Western: Part one

The Winnipeg Model Railroad Club's  'Gateway Western Railway'  began in CN's Union Station. It was moved to Gooch's Hobbies and is now being resurrected at the Winnipeg Railway Museum, ironically, back at what is now VIA Rail's Union Station. This is the story of the building of the Gateway Western, which will be Winnipeg's crowning model railroad empire, as told in the photo captions.

The layout is being built though the financial efforts of both the Winnipeg Railway Museum and the WMRC. There are six to eight regular volunteers who meet once every week to do the work. Upwards of 15 different volunteers show up periodically when they can. Everyone involved is learning the skills needed to built a model train layout and what's best of all - it's so much fun!

So join us as we follow the building of the Gateway Western Railway. We'll post our progress at regular intervals on this site. Here we go! 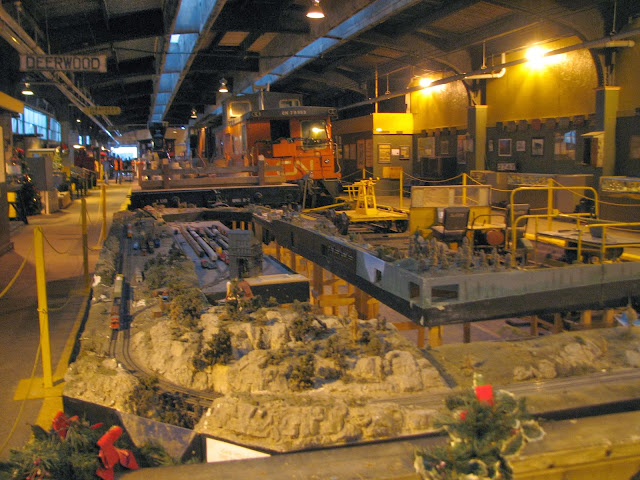 The area for the Gateway building and layout was occupied by the former Renegade HO modular layout.
It was dismantled to make room for the new building. 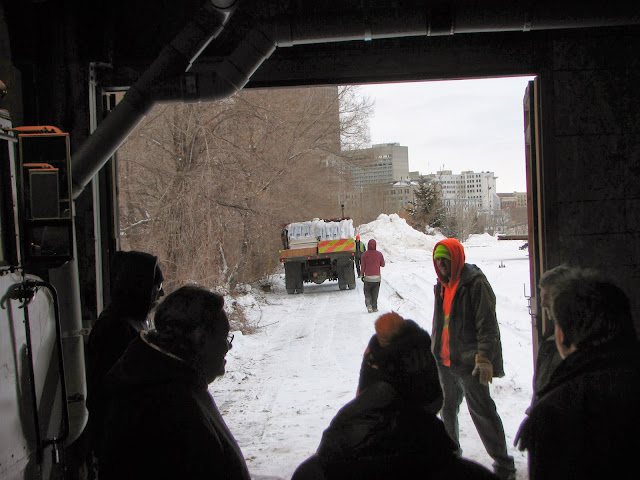 It all begins with the delivery of materials by McDiarmid Lumber though the west entrance of the WRM on
December 19, 2012. Temperature that day? Oh, somewhere around minus 25 or so! 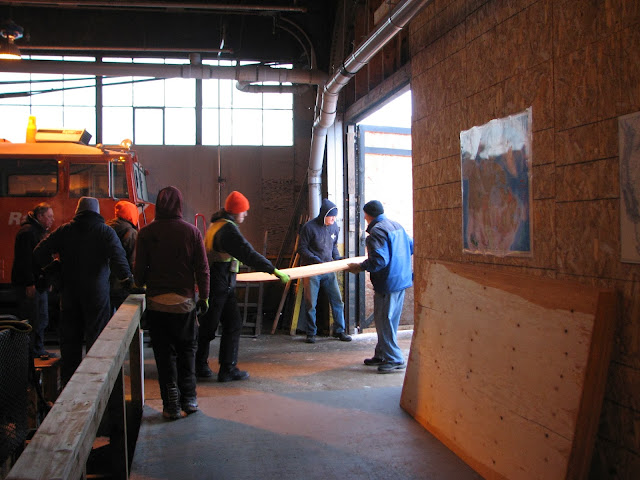 Walling material is off-loaded and stored for the layout building. 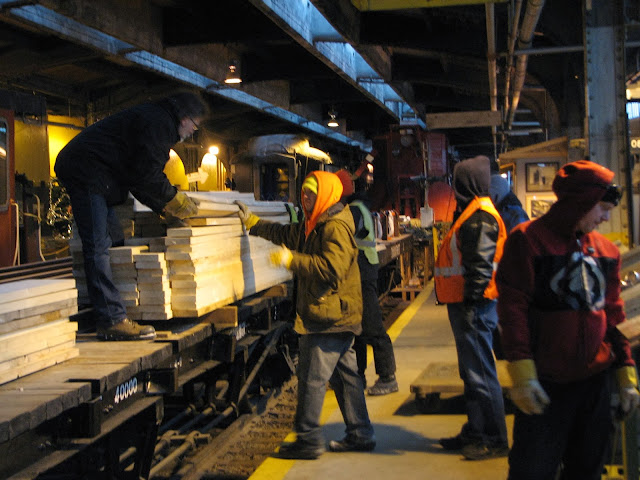 Materials are loaded on the flat cars that line the Museum's display area - no heat there, either! 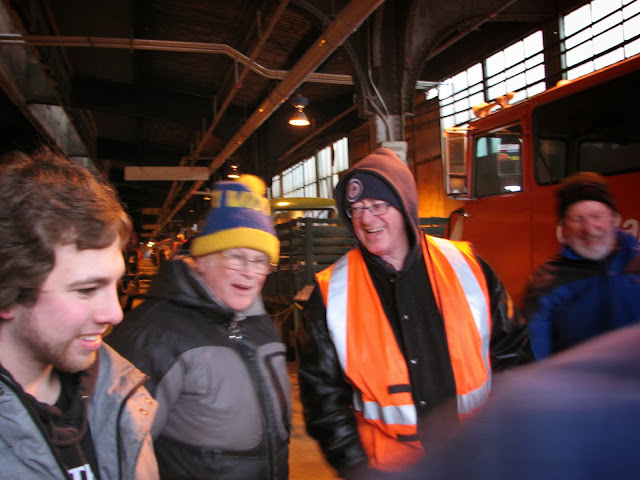 Happy, smiling faces of some of the many volunteers.

Photos by Morgan Turney, Suzanne Lemon, Larry Leavens and others.

Posted by Paul Ullrich, WMRC Blog Editor at 11:56 AM