Ron Einarson: The WMRC Klinic Karnival's jack of all trades! 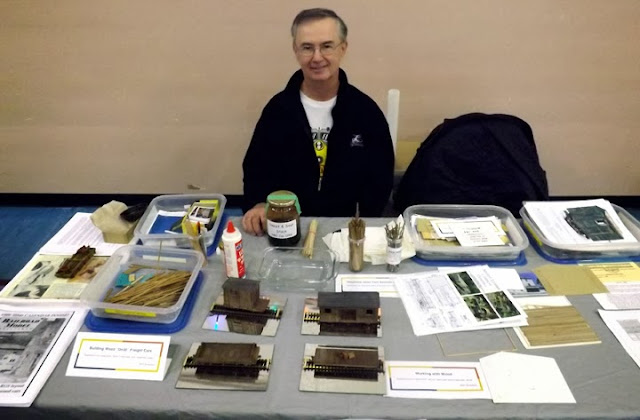 One the Winnipeg Model Railroad Club's most talented and skilled modellers is Ron Einarson. Is there anything he can't do? Give him some steel wool and he'll knit you a Volkswagen. He'll even make the seats out of scrap pieces of sheet styrene and ground foam! If there's any steel wool left over from that project, he'll use it to make some wood stain!

Ron is the holder of a plethora of awards from the Winnipeg Model Railroad Club and the NMRA which are too numerous to mention. But the one he's proudest of was the WMRC President's shield, which was awarded to him for his tireless volunteer service. He's served on the board, was the editor of The Lantern, held a staggering number of clinics and had his hand in every model railroad convention that came to town for many decades!

Ron is also a loyal and steadfast member of the NMRA. He served as President of NMRA Canada,  and he will always be remembered for keeping the No. 1 Northern Division alive for so many years until it was reorganized in 2008.

Ron never fails to greet you with a smile and a handshake, and dispensing good advice about the hobby that he loves is part of his nature.  Now that he's retired, this grandfather-to-be has a bit more spare time to earn his MMR!

Posted by Paul Ullrich, WMRC Blog Editor at 7:43 AM