The making of the Gateway Western: Part two

Building the Winnipeg Model Railroad Club's Gateway Western has easily got to be the most commendable and astonishing feat that any model railroad club has done anywhere, bar none!

Not only did this dedicated group of volunteers build a model railroad, they actually built the structure to house it! Talk about scratch building! And they did most of the construction during one of Winnipeg's legendary cold and bitter winters! They asked nothing in return for their efforts, except for a place to warm up once in a while in between tasks.

No one could ever accuse these guys of being armchair model railroaders! Putting up a structure the size of a two car garage is no easy task, especially during the winter. In part one of this series we saw the materials being hauled into the Winnipeg Railway Museum. Now we'll get down to the actual construction of the building! 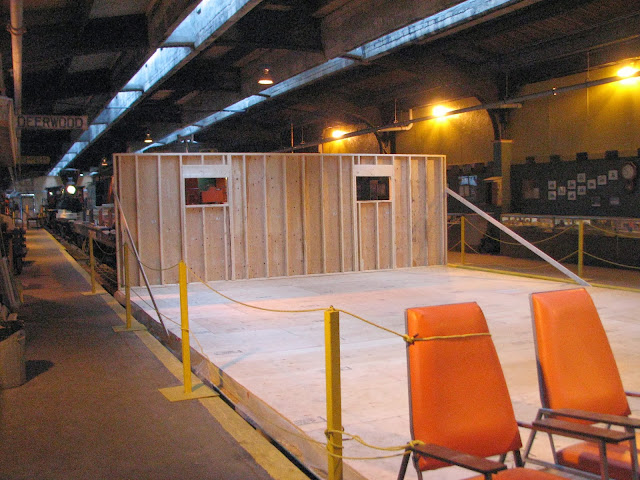 Construction of the floor, which covers Track 1 & 2 that runs though the building, and the west wall of the building,
was finished on January 17, 2013. 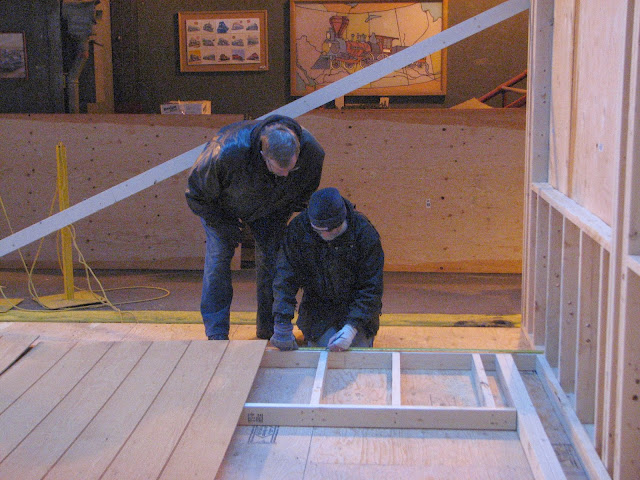 Two volunteers prepare one of the walls as construction continues in the cold of a typical Winnipeg winter. 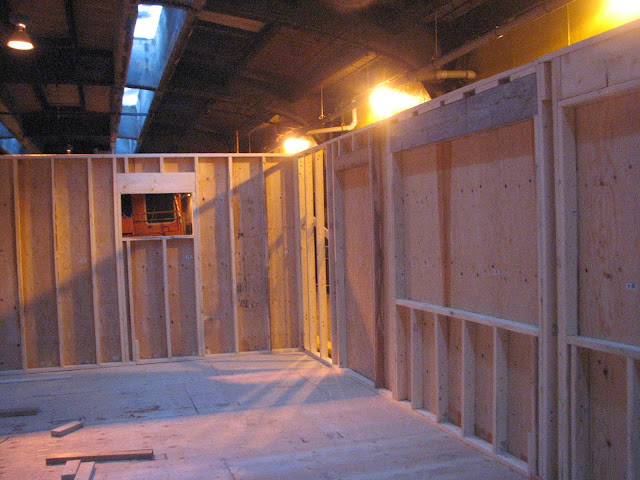 The north wall is up! The next job is to cut out the windows. 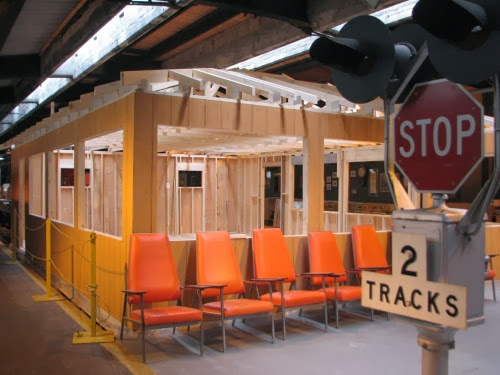 Success! All four walls are up, the ceiling joists are in place, and the spaces for the building's many windows
have been cut out.

Posted by Paul Ullrich, WMRC Blog Editor at 11:30 AM