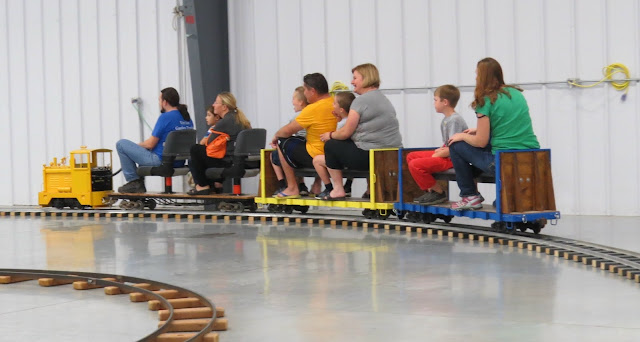 One of the highlights of attending the Manitoba Mega Train Show was riding the Mega Train itself! The admission fee included unlimited rides on the Mega train, and the train ran continuously throughout the show.

In past years, the entire show was placed right inside the Mega Train's loop of track. This year our venue was three times the size of our last one, and the layout was sequestered to one third of the space, in the "kiddies section", along with the Lego display, the two Lionel displays, the face painter and the balloon animal maker.  This gave children and adults plenty to do and to see as they were waiting for their rides! 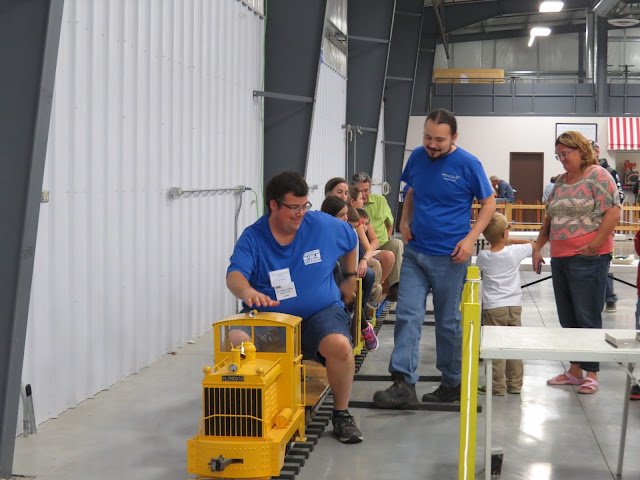 WMRC member Ian Plett took over the controls of the Mega Train for a while. 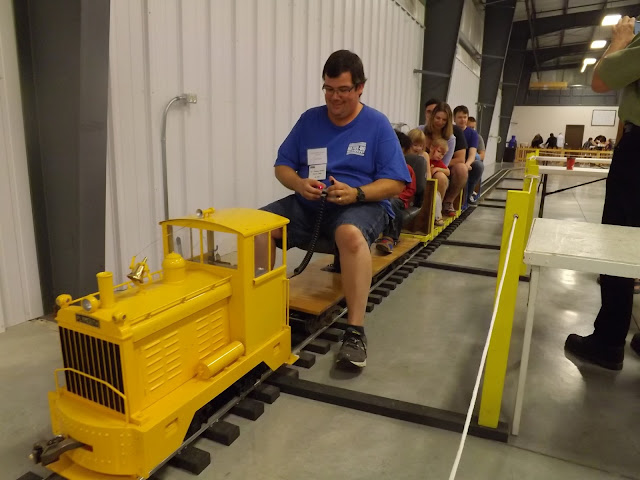 Ian uses foot power to jump start the tiny scale Plymouth locomotive. He had to push the train "Fred Flintsone" style to get it rolling!

Posted by Paul Ullrich, WMRC Blog Editor at 8:07 AM