The Gateway Western keeps on growing 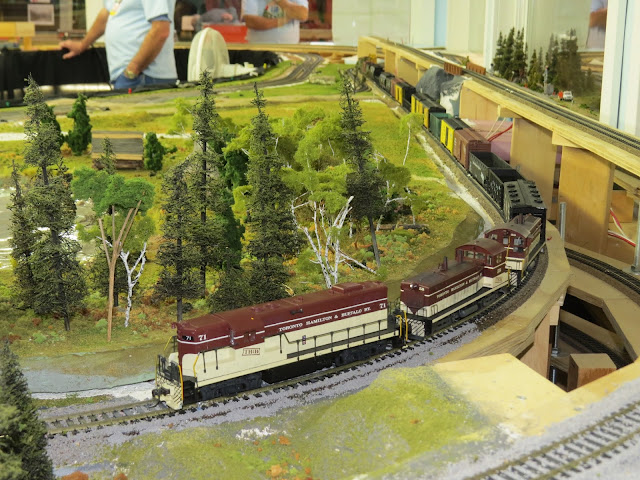 TH&B consist makes for the tunnels on the Gateway Western layout during Railway Days at the Winnipeg Railway Museum. All photos by Morgan Turney.

The jewel in the crown of the WMRC is the Gateway Western Railway. It has seen several incarnations since its early days on the main floor of Winnipeg's Union Station, but the latest version in the Winnipeg Railway Museum is the greatest one yet! A dedicated band of volunteers, led by long time member Gino Kost,  built the structure in which its housed in the middle of a very cold Winnipeg winter. The state of the art layout inside the building has been growing ever since!

These images were taken at Railway Days, which is hosted by the Winnipeg Railway Museum. It was held this year on September 19 and 20, 2015. Attendance was brisk and there were several displays to be seen, including the Gateway Western Railway. Railway Days is held each year on the third weekend in September at the Winnipeg Railway Museum, located at the VIA Rail station, 123 Main Street. 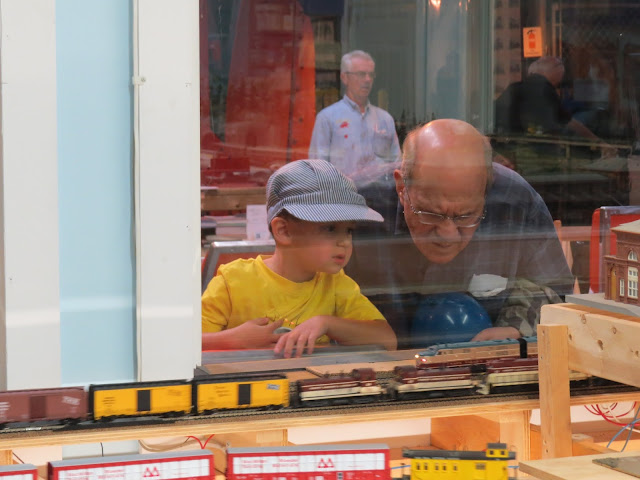 Youngster love to watch the trains through the windows of the Gateway Western! 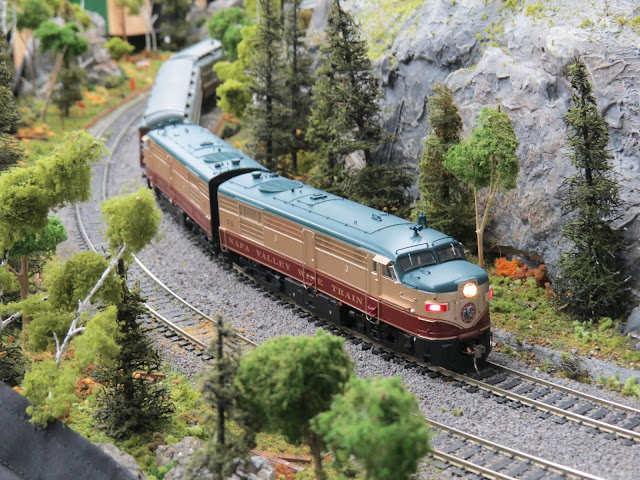 A scale model of the famous Napa Valley Wine Train rolls down the tracks of  the Gateway Western.
Posted by Paul Ullrich, WMRC Blog Editor at 12:24 PM