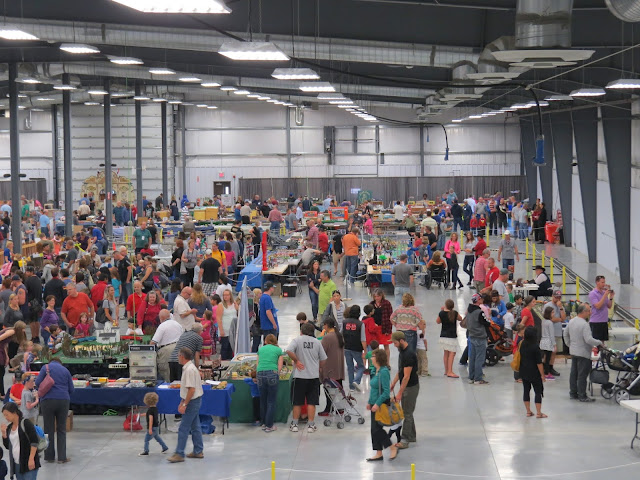 We still have many photos to share of the 2015 Manitoba Mega Train Show! These images come courtesy of our ace photographer, Morgan Turney, who commanded the WMRC helicopter and flew over the crowd as he took these pictures!

Don't believe that one? We didn't think so. The truth is that there was a balcony over the canteen in the building, which is where Morgan took these images. He just pretended that he was in a helicopter by beating his chest with his hands to imitate the sounds of the propeller while he took these pictures. Just look at the crowds we attracted at our new venue at Red River Exhibition Park! 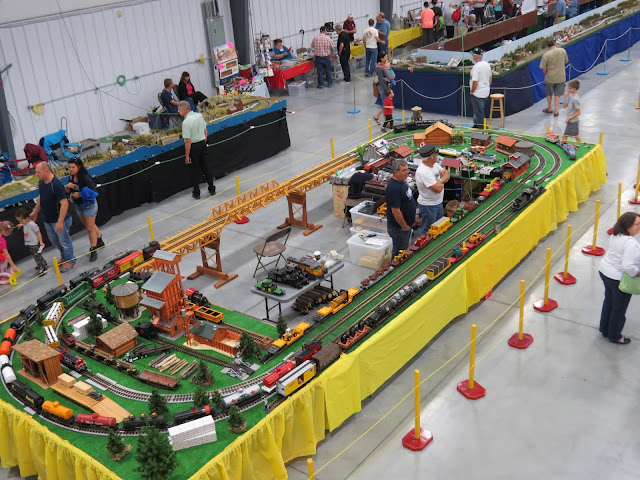 An overhead view was the only way to do justice to this spectacular G scale layout at the show. It was also the only way the entire layout could be fit into the frame! 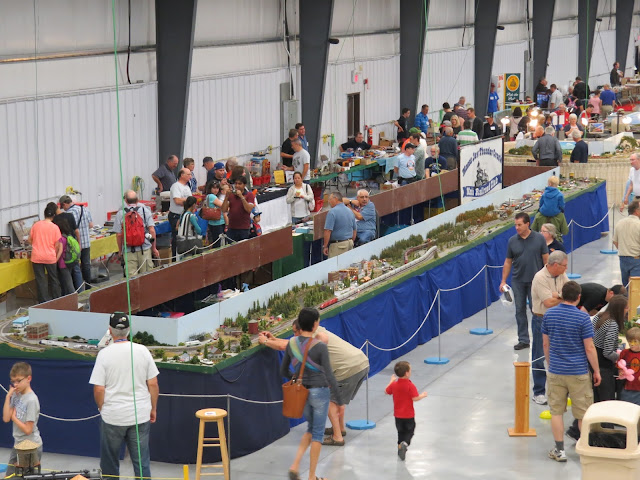 The Moose Jaw Thunder Creek Model Railroad Club presented their HO modular layout for the very first time at the Manitoba Mega Train Show. The green cord you see to the left of the photo is an overhead wire. Most of the layouts were electrified from overhead, which meant no more tripping over wires duct taped to the floor! 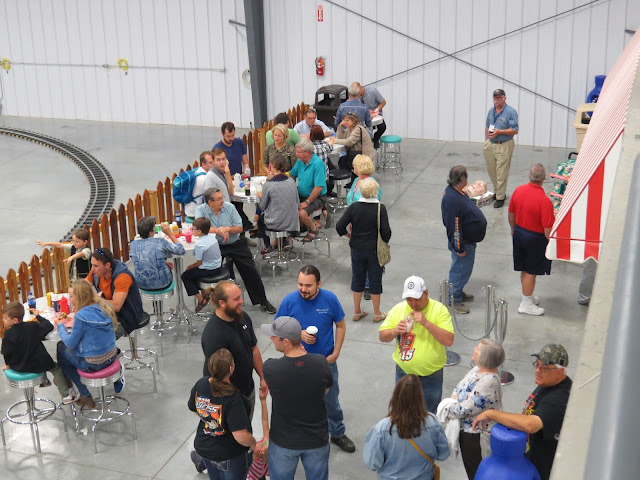 The canteen was very popular! Visitors could grab a snack or a light lunch while they watched the trains.

Posted by Paul Ullrich, WMRC Blog Editor at 11:19 AM