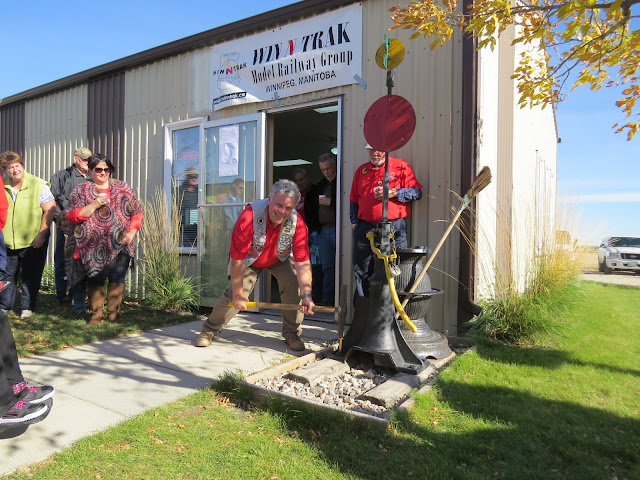 Ceremonies included a run-through ribbon-cutting event followed by the driving of the Last Spike into their club's switch stand located just outside the entrance door. The event, held on Saturday, October 3rd, was attended by over 75 people. Congratulations to the WinNtrak Model Railway Group from the Winnipeg Model Railroad Club! 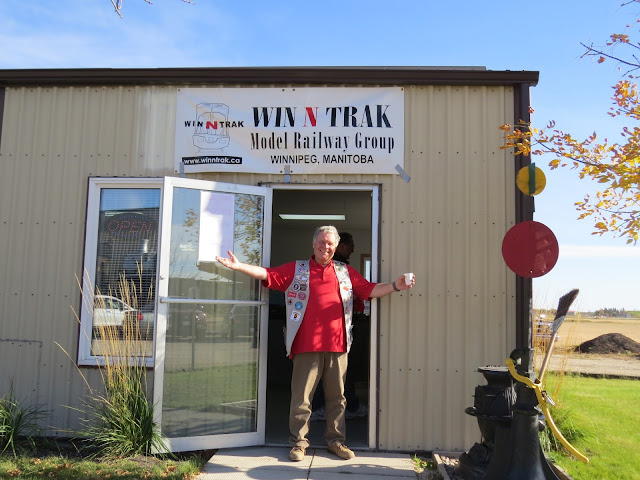 What a beautiful day for the grand opening ceremonies! WinNtrak President and long time WMRC member Felix Lesiuk warmly welcomed all visitors to their new clubhouse on the Prairie Dog central grounds. 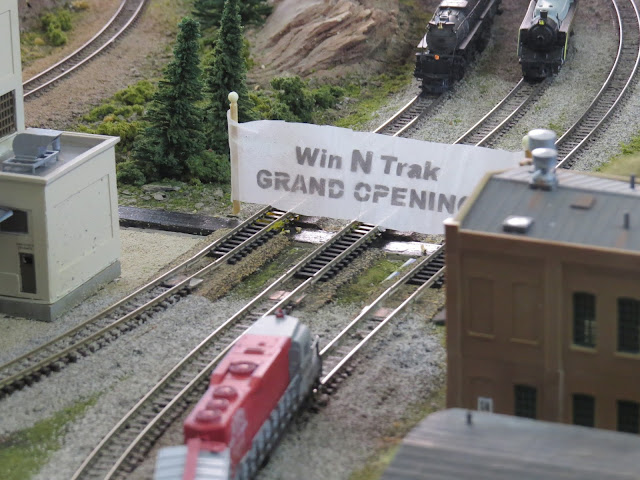 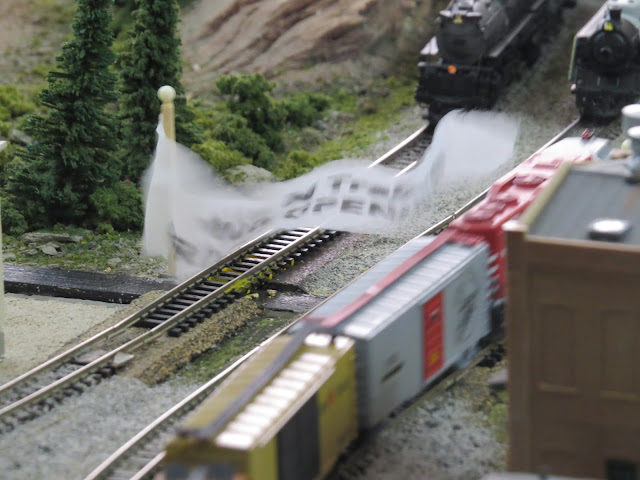 Success! The locomotives plowed right through the ribbon! All photos by Morgan Turney.

Posted by Paul Ullrich, WMRC Blog Editor at 6:30 AM