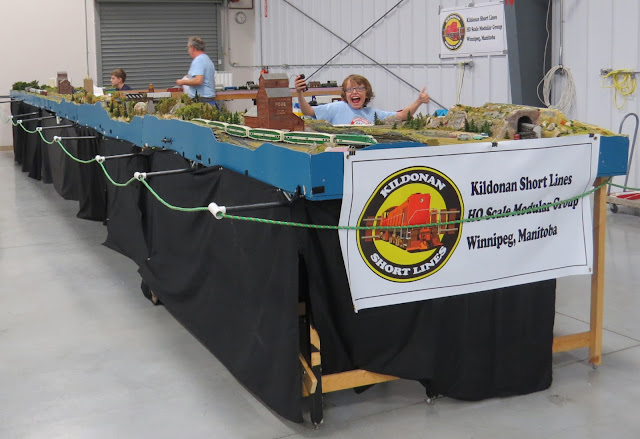 James South hams it up for the camera at the Kildonan Short Lines HO scale modular group display.

We still have a ton of images from last month's Manitoba Mega Train Show to share with you! These images were taken by our Program Director, Morgan Turney, who covered as much of the huge show as he could, in between helping run the Kildonan Short Lines HO scale modular group. Enjoy! 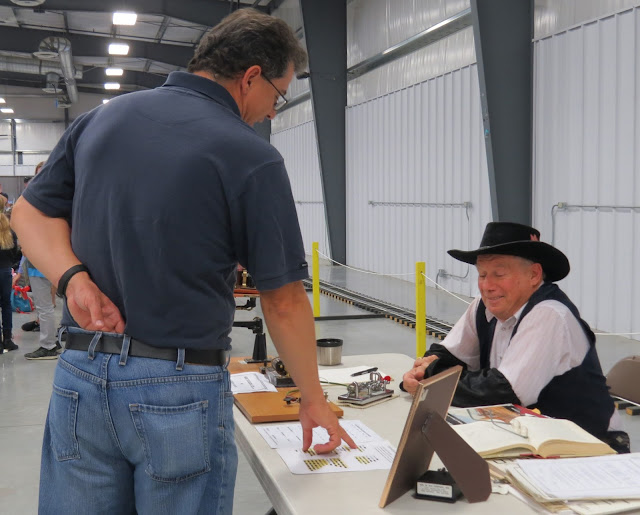 A miniature model of the Countess of Dufferin was also on display at the show. 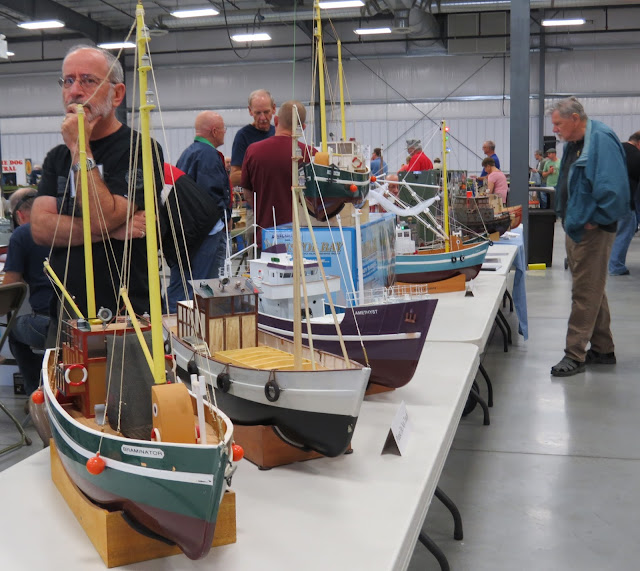 What's this? Boats at a model train show? Well, why not? A model is a model, and these guys are definitely superb model builders! 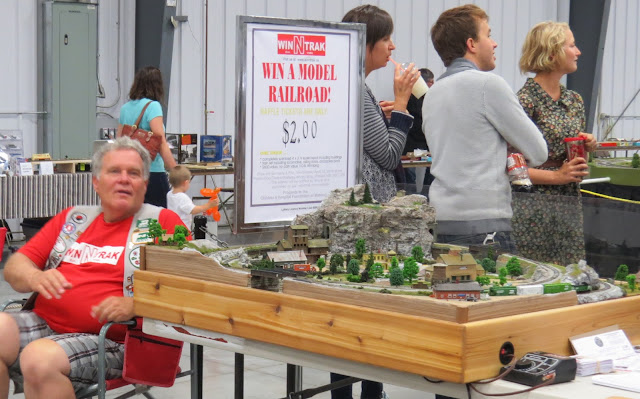 WinNtrak President Felix Lesiuk, who is also a WMRC member, commands the raffle table for his club. WinNtrak has raffled off many of these painstakingly hand-built N gauge layouts. 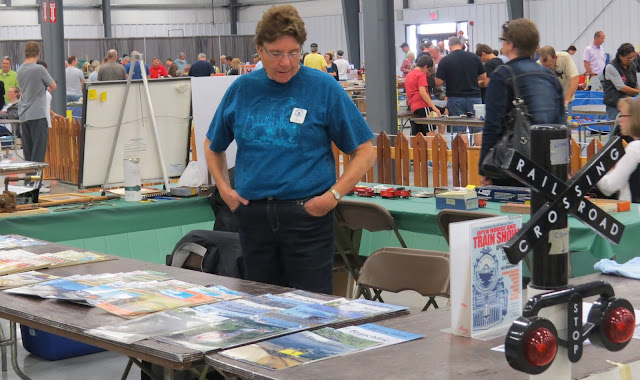 Val Lemon volunteers at the WMRC table at the show. We sold a lot of train magazines that weekend!

Posted by Paul Ullrich, WMRC Blog Editor at 10:52 AM