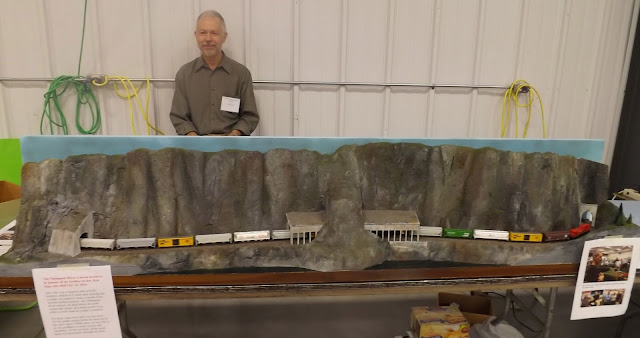 Thanks to the size of N scale, he was able to display it on a tabletop at the show, which is something you couldn't do very easily in a bigger gauge. John constructed the layout in the memory of the late Ken Epp, who died in October 2014.

John and Ken were brothers-in-law who shared a keen interest in model railroading. Ken was a long time and very active member of the WMRC. He and John founded The Great Canadian Train Show, the predecessor of the Manitoba Mega Train Show. Ken was able to attend the Mega Train Show in 2014 just before he passed away.

John has made two videos about this layout. The first was about the layout's construction, which can be viewed here. You can also see a video of the layout in operation by clicking here.

John has also made several posts on the construction of the layout, on his blog, The CP Rail Manitoba and Minnesota Subdivsion. You can read all of his posts about his Thompson River Canyon layout by clicking here. 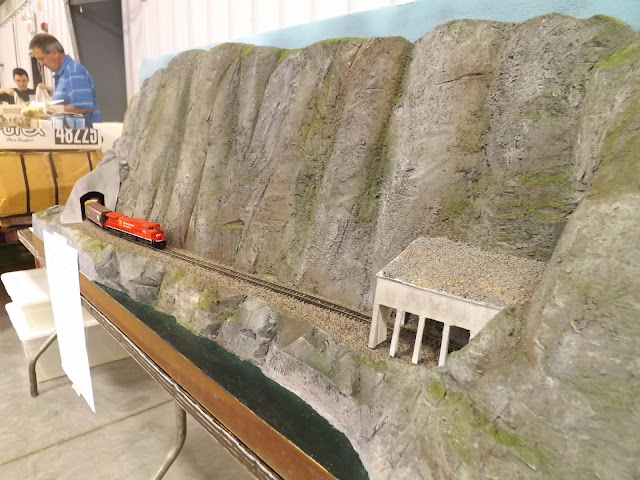 The layout in action at the Manitoba Mega Train Show. 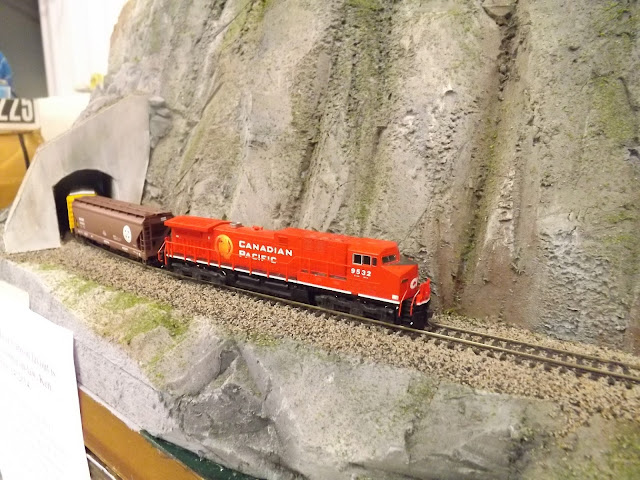 A close up of the N gauge CP diesel coming out of the tunnel.
Posted by Paul Ullrich, WMRC Blog Editor at 11:26 AM