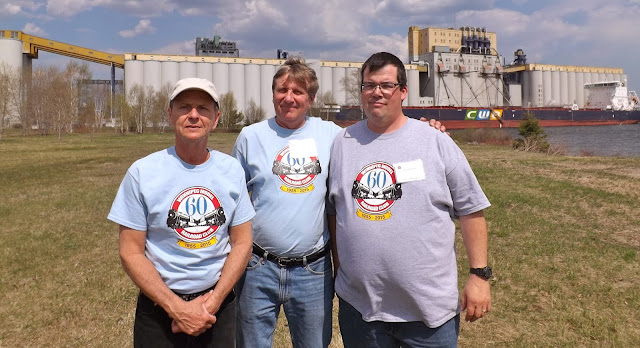 WMRC members Neil Carleton, Paul Ullrich and Ian Plett show off their spiffy T-shirts (designed by Paul Ullrich) in front of the Richardson grain elevator in Thunder Bay, Ontario at the TLR's 2015 convention.

Several WMRC members, who are also NMRA members, left a lasting impression on the rest of attendees at the TLR's annual convention in Thunder Bay, Ontario this year.

Ian Plett towed the No. 1 Northern Division's Free-Mo layout to the convention in his own trailer. The layout was set up at the location of the old Thom Thumb Hobby Shop in the Fort William area of town. He was assisted in set-up and operation by Neil Carleton, Dennis Rietze and Michael Leader. It was one of the very few times a modular layout has been set up at a TLR convention, and it was a very popular attraction during the convention's two layout hops on Friday and on Sunday.

WMRC members also won several awards at the convention's annual banquet. Ian Plett, Neil Carleton, and Margaret Ullrich all won modelling awards. Paul Ullrich won "Best in Show" in the photo contest, and he also won the Bob Dew award for his continued and dedicated service to the TLR. 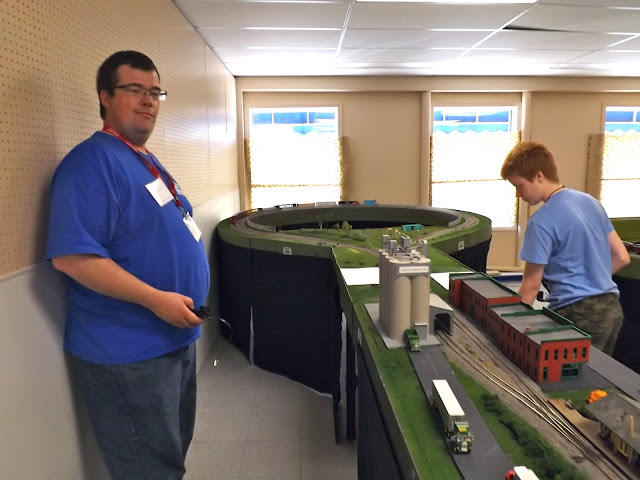 Ian Plett and Michael Leader operate the No. 1 Northern's Free-Mo layout at the site of the former Thom Thumb hobby shop in Thunder Bay during the TLR's 2015 convention. 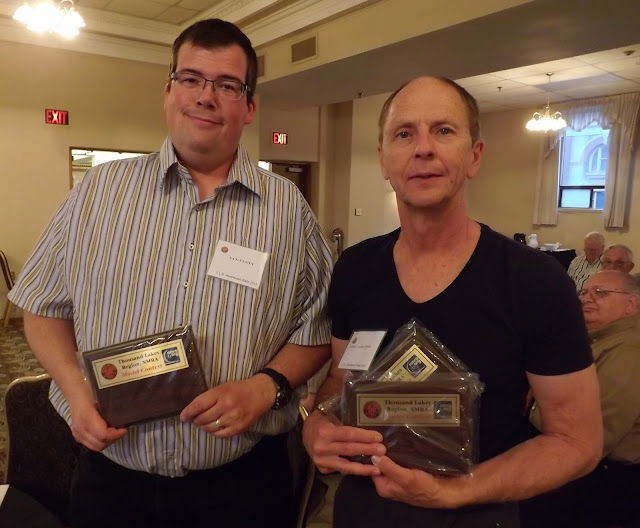 Ian Plett and Neil Carleton show off the model contest awards they received at the banquet. 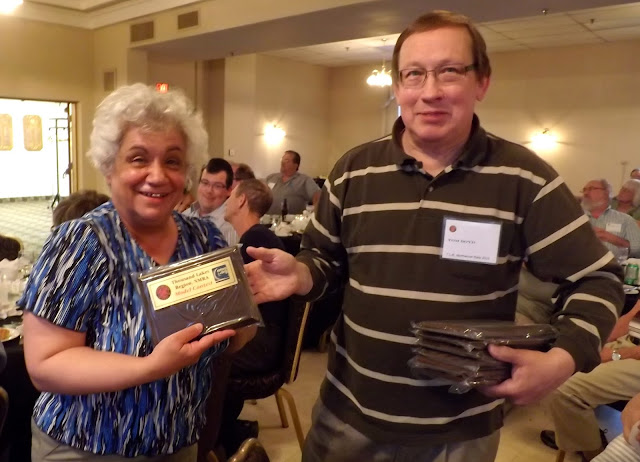 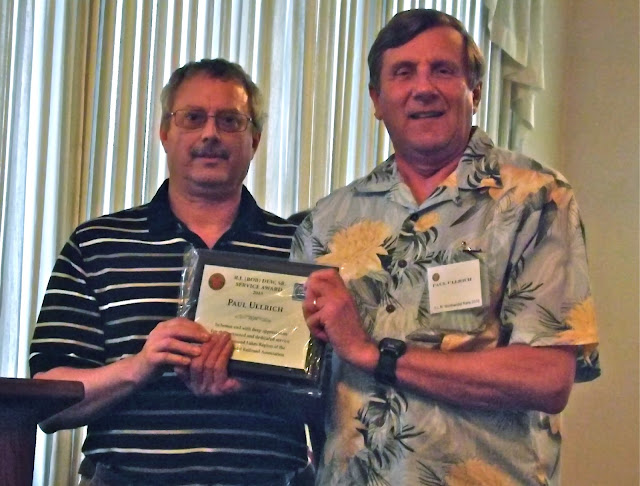 Paul Ullrich receives the Bob Dew award for his service to the TLR from President Gerry Miller.

At our virtual Zoom AGM we will have our annual photo contest, awarding of trophies and door prizes! Our special guest speaker will be the International Plastic Modeller's Society of Winnipeg's President, Peter Kallenbach. Peter will talk about his organization, its history and their meetings. He will also talk about decals and describe some of his favorite techniques. The Winnipeg IPMS group have been displaying their fine work at the Manitoba Mega Train shows for many years. If you are not a member and wish to attend this Zoom meeting, please contact us before the meeting at wmrc.trainclub@gmail.com. Guests (even virtual ones) are always warmly welcomed!