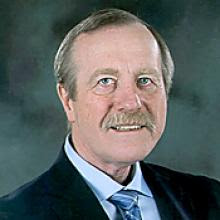 We are saddened to report the passing of long time WMRC member Larry Ziffle. Larry passed away on May 23, after a long and courageous battle with cancer. Larry worked for 40 years at MTS before retiring just last year. He was just 61 years old.

Larry loved to play the guitar, and he had also taken up painting. He was an enthusiastic photographer, capturing Lacrosse talent in Manitoba with his camera. His photos can be viewed on his Flickr account at https://www.flickr.com/photos/larry-ziffle/.