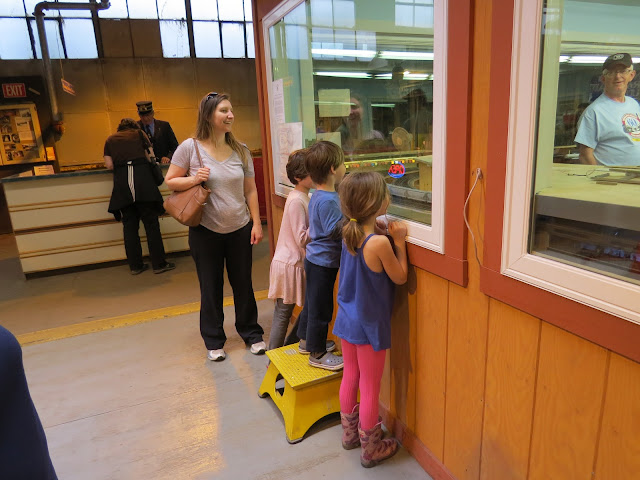 It's time again for Doors Open Winnipeg! The Winnipeg Railway Museum will be participating again, and the Winnipeg Model Railroad Club will have the Gateway Western Railway up and running! The Gateway is open to the general public only twice a year, so make sure to grab this opportunity to view Manitoba's largest operating model railway in action!

As a special bonus this year, WMRC program director Dave Downie will have the club's John Allen Timesaver running as well! The time saver is a portable interactive switch yard that you can operate! See how fast you can shunt freight cars to their destination! The Timesaver was such a big hit at our open house in April, and we're bringing it back by popular demand!

The Winnipeg Railway Museum is located at the second level of the Via Rail Station at 123 Main Street. The museum is open during Doors Open Winnipeg from 11:00AM to 5:00PM on Saturday, May 26 and Sunday, May 27. Hope to see you all there!
Posted by Paul Ullrich, WMRC Blog Editor at 6:00 AM