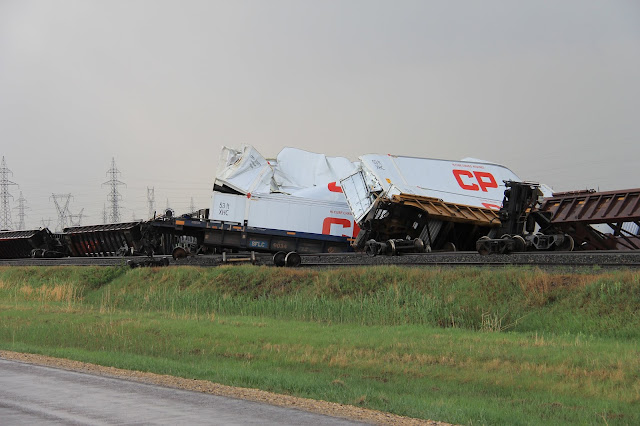 Wow! Talk about being in the right place at the right time! Long time WMRC member and intrepid railfan correspondent Felix Lesiuk took these images of the CP train wreck near Rosser shortly after it happened, and he dispatched them to us pronto!


"I was coming back from the farm this afternoon around supper time and just came upon a derailment of an Eastbound CP stack train." Said Felix. "A storm cell had blown the train onto the north side of the tracks. This happened about 20 minutes before I got there between the town of Rosser and the Rosser grain elevator.  Luckily, I wasn't there as it happened. There was a Manitoba storm chaser car driving around so I suppose it was following the storm."

"I took a bunch of pictures from my window as I drove slowly by. When I got to the end the sun came out so I doubled back to get some pictures in the sun. When I was leaving the emergency response team closed the highway after me. The irony for CP is that they just replaced that section of rail with new track last month." 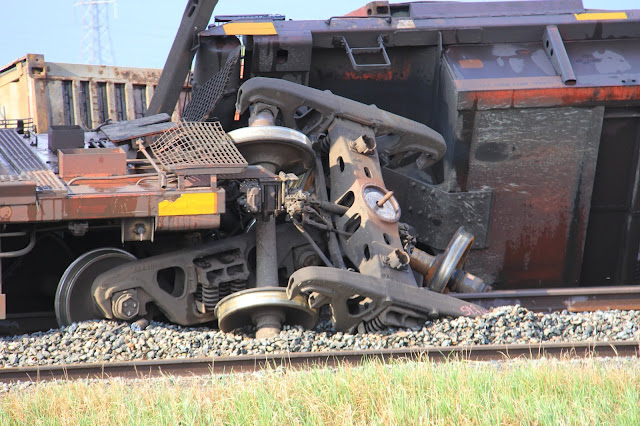 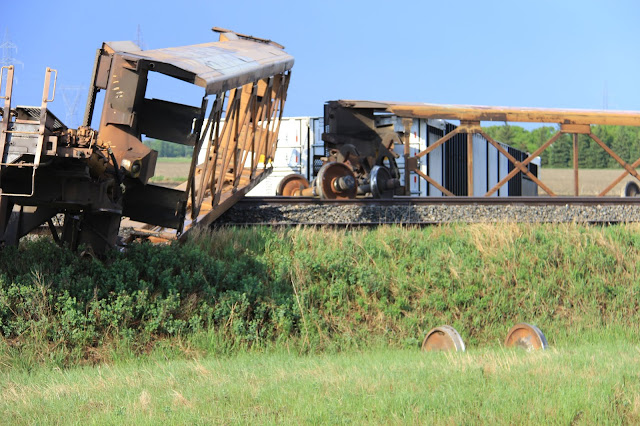 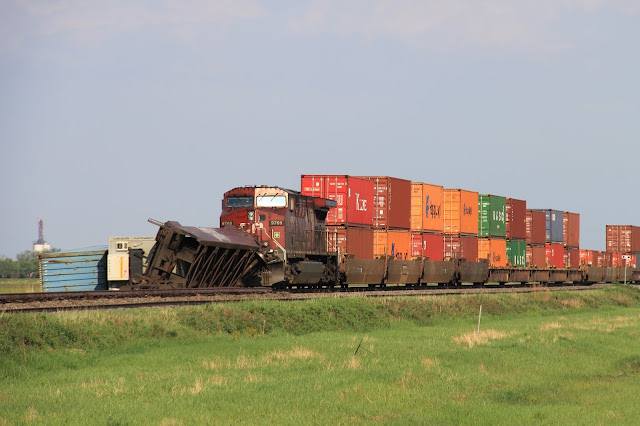 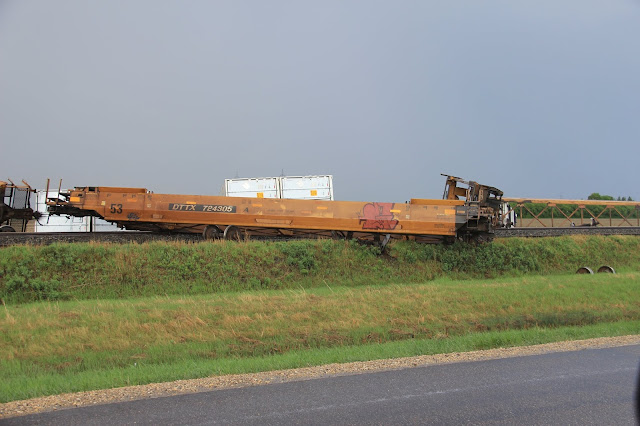 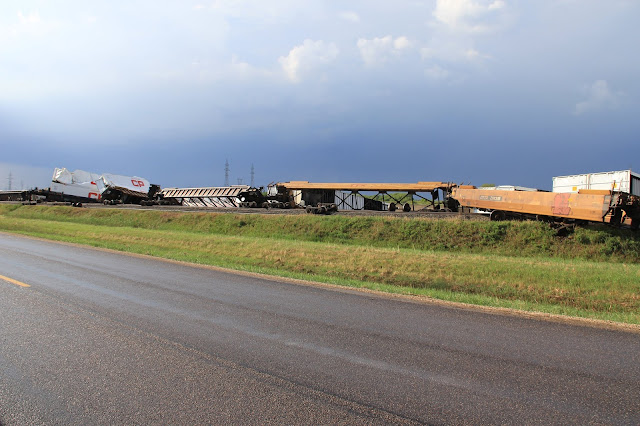