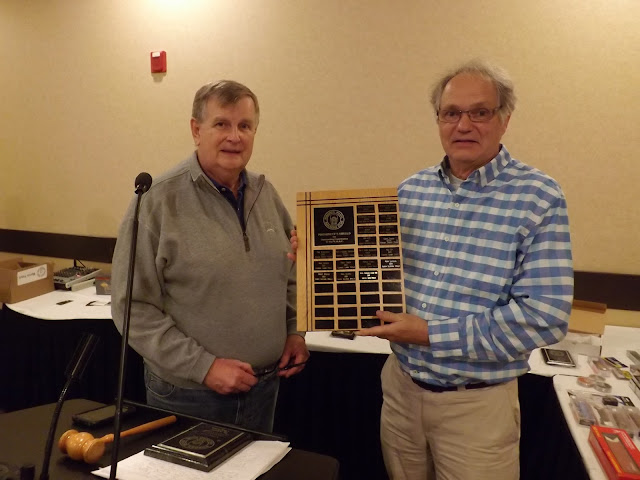 Fun times were to be had at the WMRC's 2018 annual banquet, held at the CanAd Inns Polo Park on Friday, May 11, 2018. After enjoying a great buffet meal at Aalto's, several awards were given out and lots of prizes were won for our "arms length" raffle, the elimination draw and our door prizes! It's always a great way to end the model railroad season, and after we all have an enjoyable summer of rail fanning, we're all looking forward seeing everyone again at our next meeting in September! 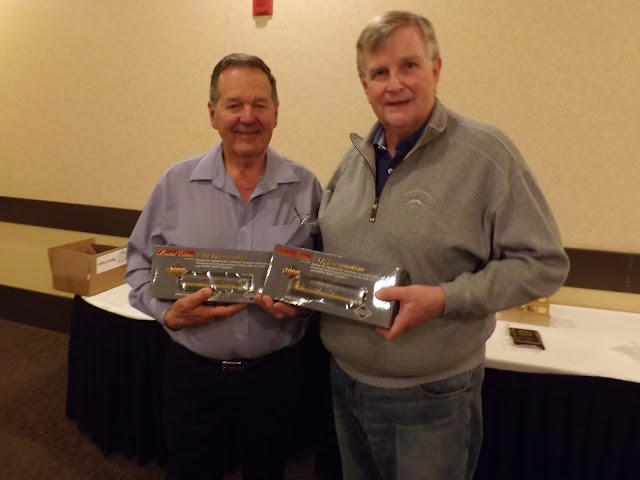 WMRC secretary Marvin Fetch and President Bob Harrison show off the two HO locomotives that were given away at the elimination draw. 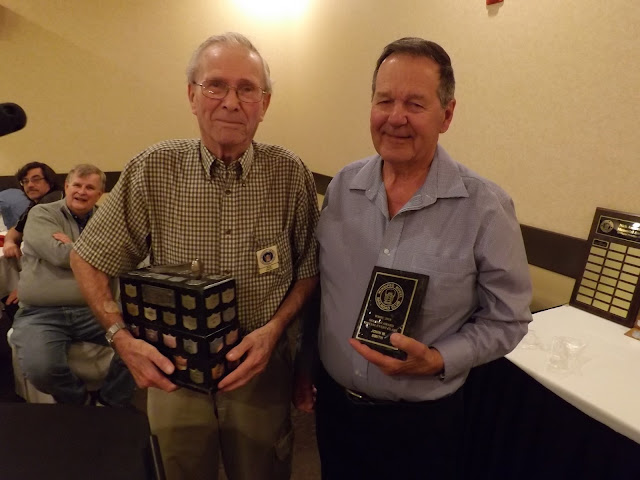 Veteran WMRC member and NMRA Master Model Railroader Moe Smith is seen with WMRC Secretary Marvin Fetch as he is presented with the Holman award - special event class for his superb modelling work. 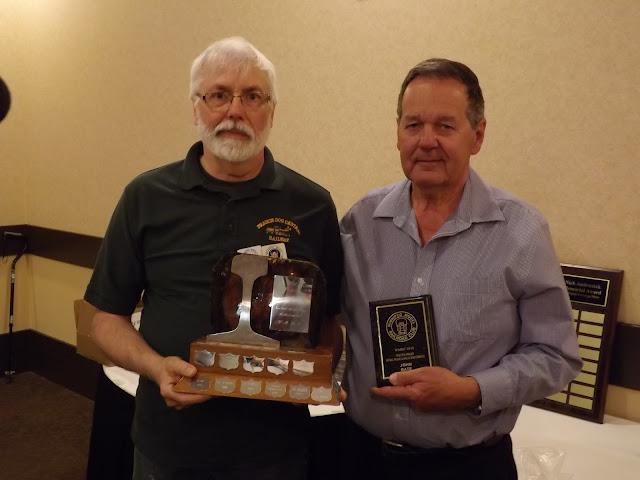