Take a ride on the Tshiuetin railway in Northern Quebec 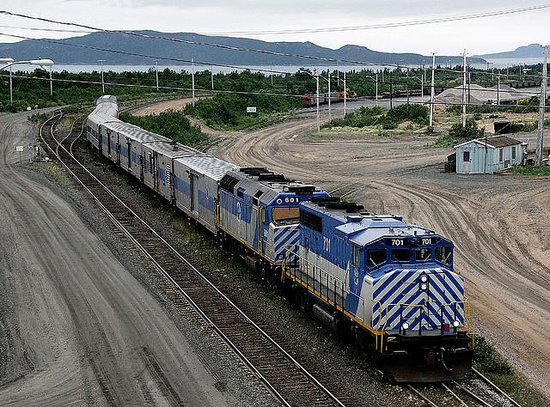 Looking for a unique rail fanning experience? Want to get away from it all? Then take a ride on the Tshiuetin railway in Northern Quebec!

Tshiuetin Rail Transportation runs Canada’s only privately owned passenger rail service. It is owned by three First Nations in the region. Tshiuetin means “north wind”. They run a twice weekly passenger train from Sept-Îles to Schefferville, Quebec. The head end crew and track for the 132.5 mile trip are provided by the Quebec North Shore and Labrador Railway, which is owned by the Iron Ore Company of Canada.

You find more about them by going to their web site at https://www.tshiuetin.net/?lang=en. There is a good thread about the train on trainorders.com and a CBC documentary on YouTube.

Our good friend Steve Boyko, author of the popular rail fanning blog, Confessions of a Train Geek, also has an excellent post about long time WMRC member Alan Graham's journey on the train, which he rode in 2017. You can read all about his adventures in Northern Quebec by going to https://blog.traingeek.ca/2017/07/three-passenger-trains-in-northern-quebec.html