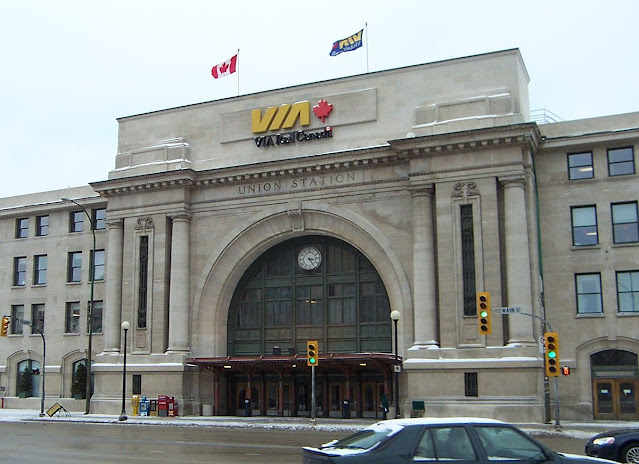 This year marks the 110th anniversary of the opening of Winnipeg's Union Station. Ten years ago, the National Film Board of Canada (NFB) produced a 15 minute documentary retrospective to commemorate the 100th anniversary of the station. The film played on a loop in a special display at the station to celebrate its anniversary and its recent refurbishment. You can view the film by clicking here.