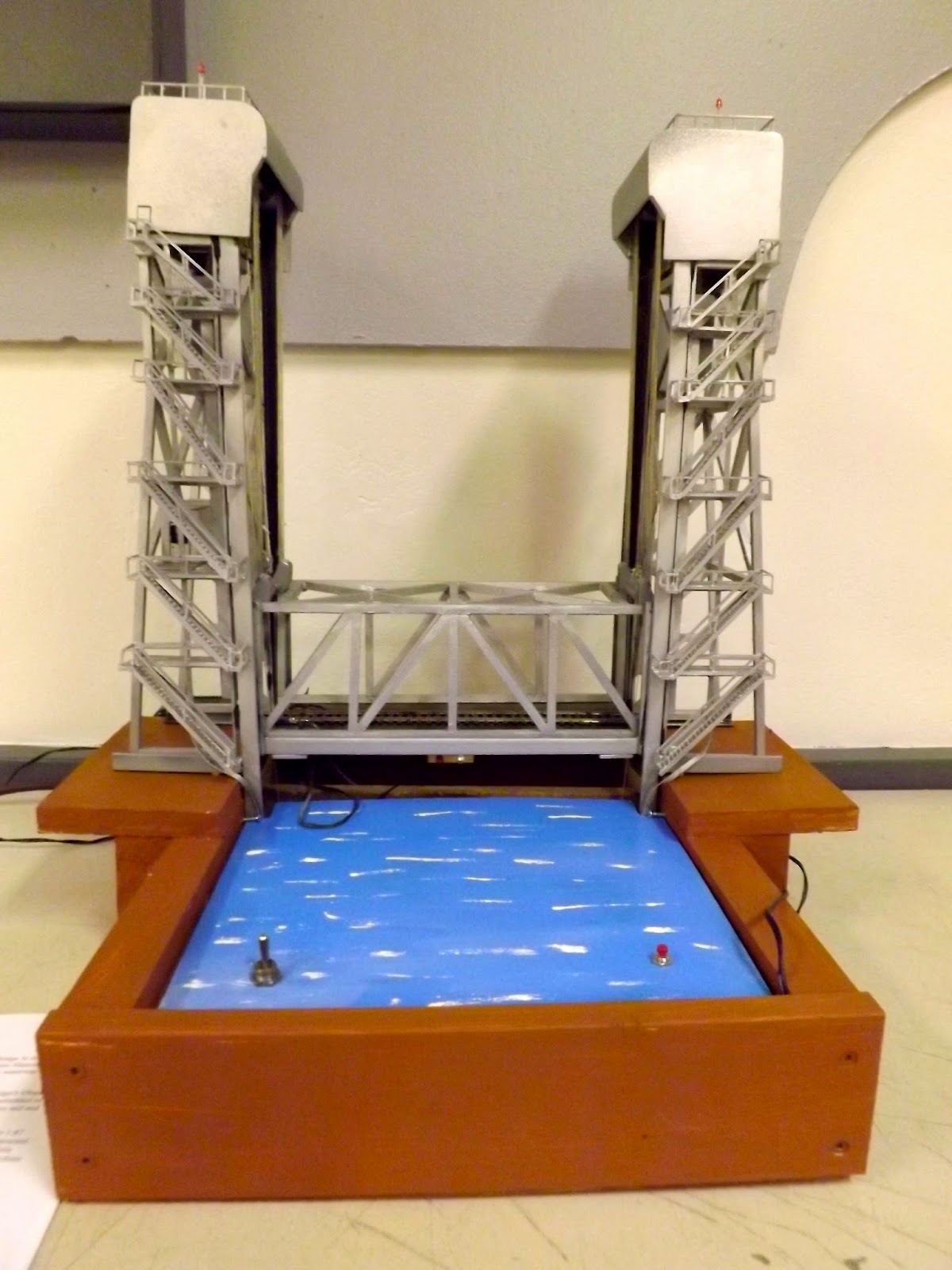 The WMRC's monthly model display has always had a fascinating showcase of unique and superbly crafted models, and many of them will be posted on this site. But this model of the Portage Lake Lift Bridge modeled by Donald Gordon, submitted for our October meeting,  deserves some special consideration.

The Portage Lake Lift Bridge, (officially the Houghton—Hancock Bridge), connects the cities of Hancock and Houghton, across the waterway which cuts across the Keweenaw Peninsula in Michigan's Upper Peninsula.

The original 1959 design by Hazelet and Erdal of Chicago of the bridge’s liftspan had roadways constructed on both upper and lower levels with rails embedded in the road surface on the lower deck. With the closing of the copper mines and the end of rail service in 1982, the railway portion is no longer used.

This model has only one level and is constructed as a railway bridge. It is HO scale, based on estimated dimensions taken from the photographs. It is constructed from mahogany strips with a steel structural frame.

And get this - it's motorized! Donald used an auto-mobile window motor which he purchased from the model railroader's unofficial hobby shop,  Princess Auto. Members had a lot of fun operating the brig at the meeting!

LED lights illuminate the bridge deck, machine rooms and aircraft warning lights.  On Donald's home layout, the bridge crosses over a ship canal leading to a container loading facilities. Power is provided to the track, deck lights and deck signal lights by 3 wire flexible cables that were salvaged from earphones. These  fine wires were difficult to solder but appear to have sufficient current carrying capacity to power the locomotive. 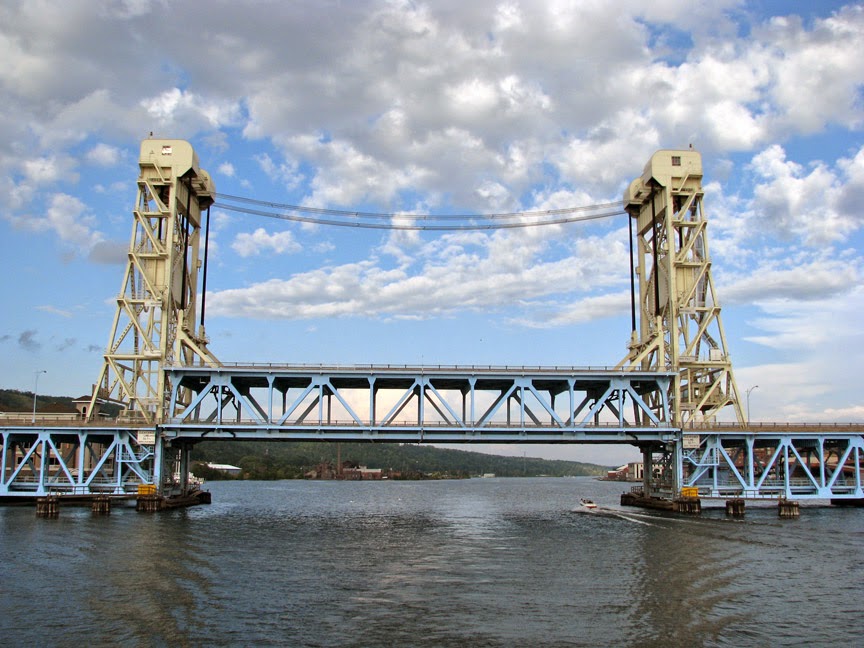 And here's the real thing! Donald put in a lot of effort to make his model close to prototype.
Posted by Paul Ullrich, WMRC Blog Editor at 12:44 PM