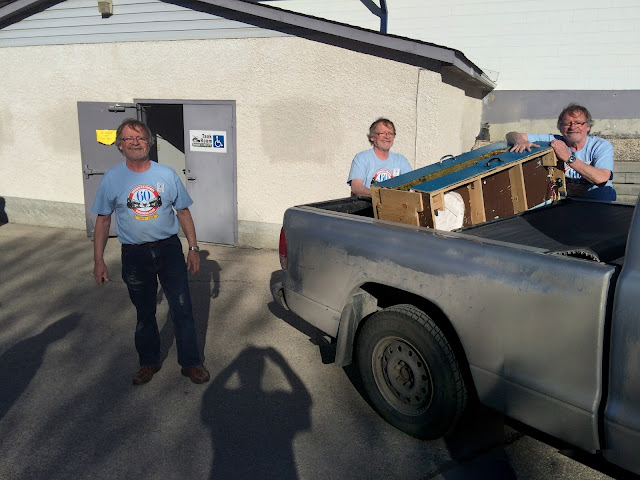 WMRC Program Director Morgan Turney has been so busy preparing for Railway Days at the Winnipeg Railway Museum that he's been split into three! Some suspect that it's from a cloning experiment conducted by WMRC President Larry Leavens. But we believe that it was caused by mitosis.

Mitosis is a part of the cell cycle in which chromosomes in a cell nucleus are separated into two identical sets of chromosomes, each in its own nucleus. We hold the theory that Morgan consumed too many quarter chicken dinners at Swiss Chalet when they were having a two for one sale last month, and as a result nuclear division of his cells occurred - twice!

But there will be only one Morgan at Railway Days this weekend at the Winnipeg Railway Museum. The hours are from 10 to 5 on September 19 and 20. Admission is by donation. The WMRC will be out there in full force, operating the Gateway Western Railway in its own separate structure within the museum. That itself would be worth the price of admission, but there's so much more to see!


The Winnipeg Railway Museum is located on the second level of the Via Rail Station at 123 Main Street. Free parking is available behind the station in The Forks.