Train Days at Portage la Prairie has been caneclled 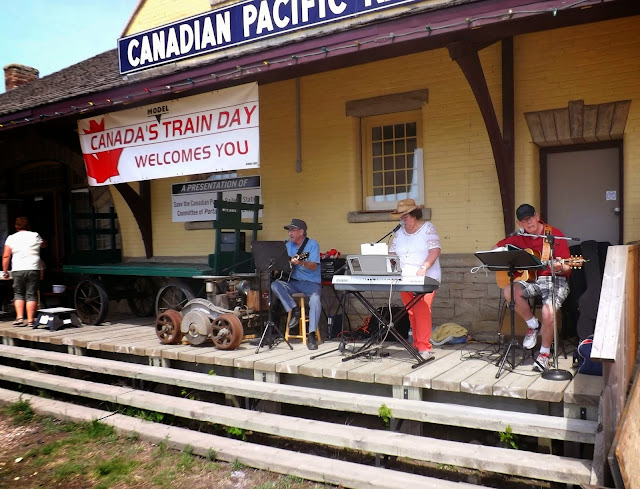 There will be no band playing at the CP Rail station at Portage La Prairie this year.

We regret to announce that Train Days at Portage la Prairie has been cancelled this year.

The Portage la Prairie Model Railroad Club has always put on a great show at the Canadian Pacific Railway Heritage Park and Interpretive Centre  (Formerly the CP Rail station). The event was usually held during the last weekend of May. But complications during the station's extensive renovations has caused them to remove their layout and place it in temporary storage.

It is our sincere hope that Train Days will be able to be held next year. It's a great place to party, view a great looking model railroad, and do some rail fanning near the CP and CN mainlines!
Posted by Paul Ullrich, WMRC Blog Editor at 11:47 AM