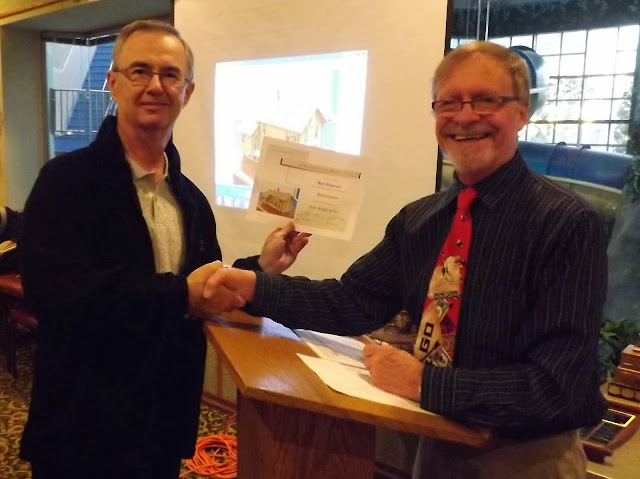 Every year the Winnipeg Model Railroad Club presents the awards for winners of their model contest at their annual banquet. Long time member Ron Einarson was awarded first place this year in the structures category for his model of the O.H. Wright & company supply. He was also awarded third place for his model of his HO scale Kent Farmers AG & grain supply, and also received the best in show award for his HO scale Renfro lumber rack. Ron also received gold medal awards for all three structures.

Second place was awarded to Gino Kost for his model of a tall steel trestle bridge. Gino also received the kit award, the gold medal award and the Clark Summers award for this structure.

Outside of the structures and the special event competition, no other models were submitted. This led WMRC President to comment in his column in the May issue of The Lantern, the official publication of the Winnipeg Model Railroad Club:

"At our club spring open house we had only a handful of members enter models in the model contest. Even the Special Event had a small turn out with only 5 members entering models. I have to wonder, has modeling become passé in model railroading? Should the club continue to have a model contest? We have tried to encourage members to bring out their models to meetings by having the monthly model display with a cash prize. This is awarded in a random draw. The people entering are almost always the same few. An open question to the membership - SHOULD THE CLUB CONTINUE TO HAVE A MODEL CONTEST?"

This has been a continuing problem, not only for the club, but for model railroading in general. Many of our finest modellers have passed away, and they haven't been replaced by younger members. Model railroaders can now buy structures that are fully assembled and weathered at a very reasonable cost. Quality rolling stock is now usually cheaper than kits. This makes model railroading less labor intensive, but if this trend continues, we run the danger of having all of our model railroad looking exactly the same. 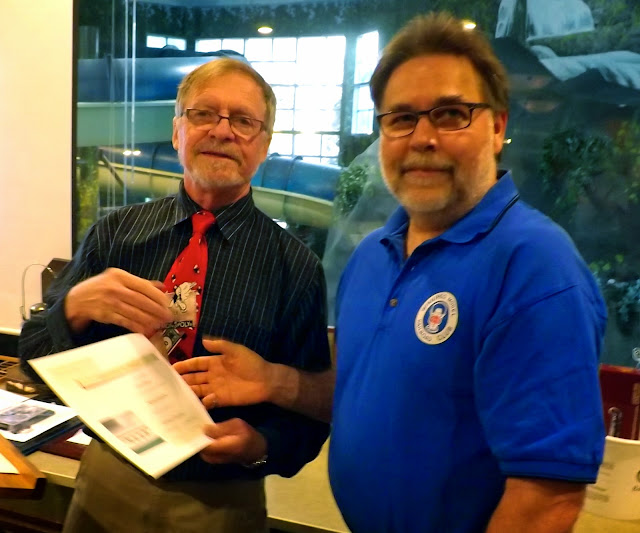 
Posted by Paul Ullrich, WMRC Blog Editor at 7:41 AM