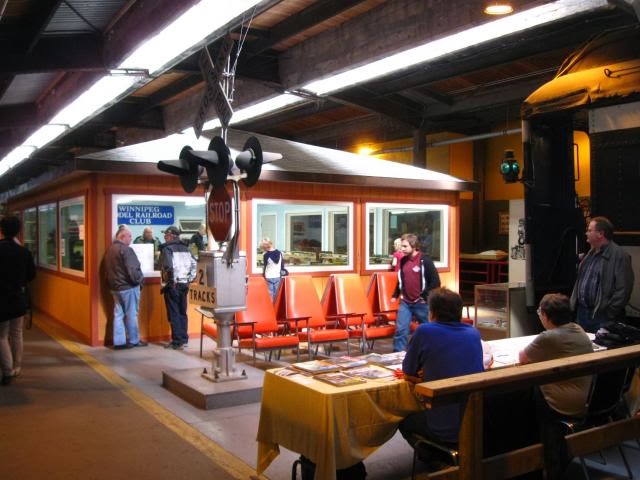 The WMRC and the Winnipeg Railway Museum will once again be participating in Doors Open Winnipeg this weekend. The Gateway Western Railway, which is a joint effort between the WMRC and the museum, will be operating trains as part of the Winnipeg Railway Museum’s contribution to the event from 11 to 5 on Saturday, May 30 and Sunday, May 31. Admission to the museum this weekend is free (although donations will always be cheerfully accepted) and there's plenty of parking available nearby at The Forks. The city is offering two free hours of metered street parking, and free street parking all day on Sunday.

The museum is located on tracks 1 and 2 on the upper level of the Via Rail Station, which is located at 123 Main Street.

For more information on Doors Open Winnipeg, go to http://www.doorsopenwinnipeg.ca/

For more information about the Winnipeg Railway Museum, go to:
http://www.wpgrailwaymuseum.com/
Posted by Paul Ullrich, WMRC Blog Editor at 11:01 AM