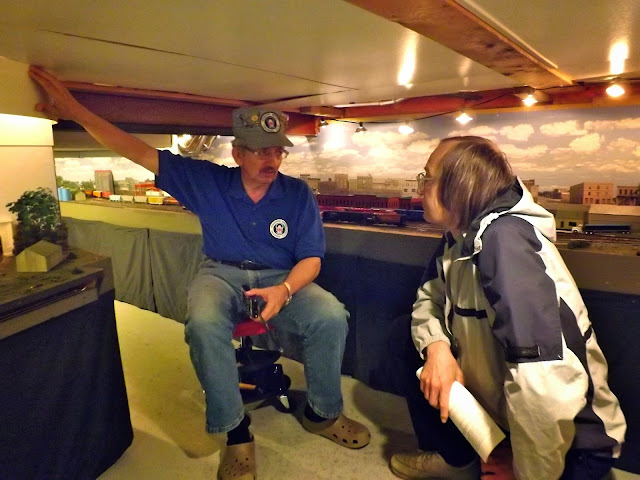 Dennis Rietze tells Glenn Klassen how he built his layout in the crawl space of his home.

Last weekend the WMRC held a layout hop for its members. Five layouts were showcased on both Saturday and Sunday from noon to 4PM around the city. Four of these layouts will be featured on this site in the next few days.

By far one of the most unique layouts in Winnipeg, or anywhere else, is Dennis Rietze's layout in a crawlspace. With only four feet of clearance, Dennis has managed to build a great looking layout in a most unusual space! He has proved without a doubt that you can build a layout anywhere! WMRC members new and old have always been fascinated the location of his layout and they've also been very impressed with the quality of his craftsmanship!

Note that Dennis moves about his layout on a neat little work stool, which has castors and a tool tray underneath the seat. He has a few more of these stools for visitors, and it makes getting around his layout a lot of fun! 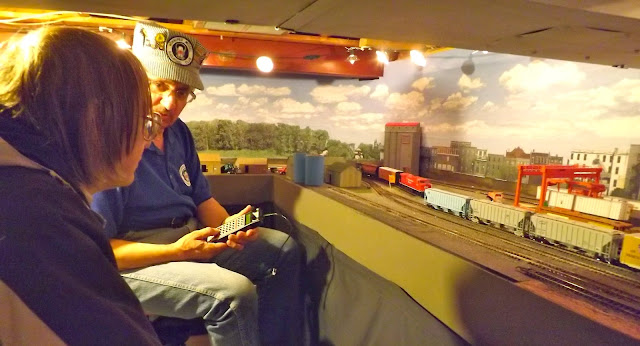 Dennis Rietze explains to Glenn Klassen how DCC works on his layout. 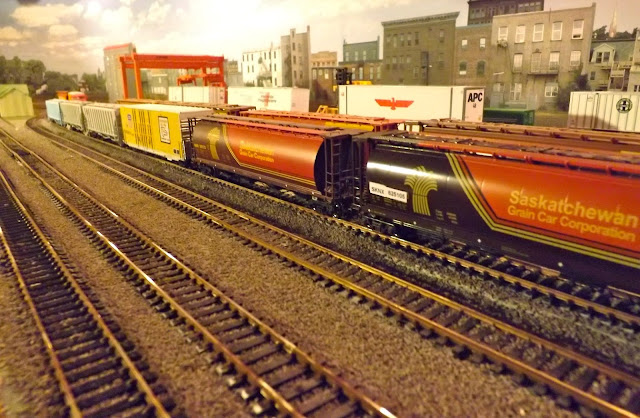 There's plenty of great railroading going on in this crawlspace!

Posted by Paul Ullrich, WMRC Blog Editor at 11:49 AM