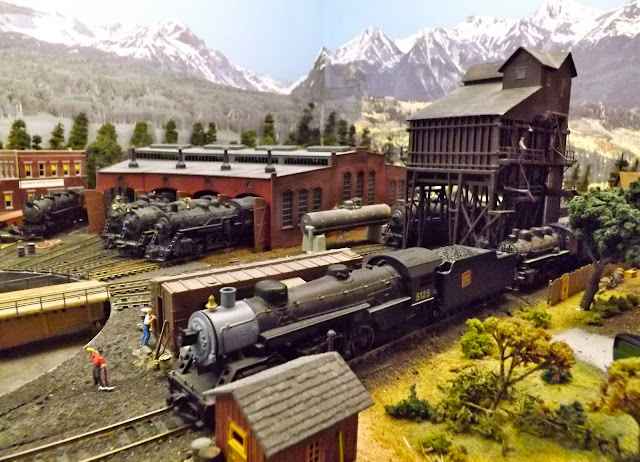 Here's a great view of the rail yard in the mountain setting created by Vern Gibson and Marvin Fetch for their Carson and Cobourg Central Railway.

One of the highlights of the WMRC's spring layout hop was the grand premiere of Marvin Fetch and Vern Gibson's Carson and Cobourg Central Railway. Vern Gibson was a long time member of the club, and was also part owner of the late, great Elmwood Hobbies. He has a well deserved reputation as a great modeller and a model railroader, and club members have been anxiously waiting for a chance to view his newest effort.

Of course, no one was disappointed at what they saw! The Carson and Cobourg Central Railway was an absolutely spectacular layout. Viewers were dazzled by the amount of detailing that they saw everywhere! Congratulations to Vern Gibson and his model railroading partner Marvin Fetch for creating such a spectacular model railroad! A special treat for Winnipeggers was seeing the popular Bridge Drive In modelled on the layout! 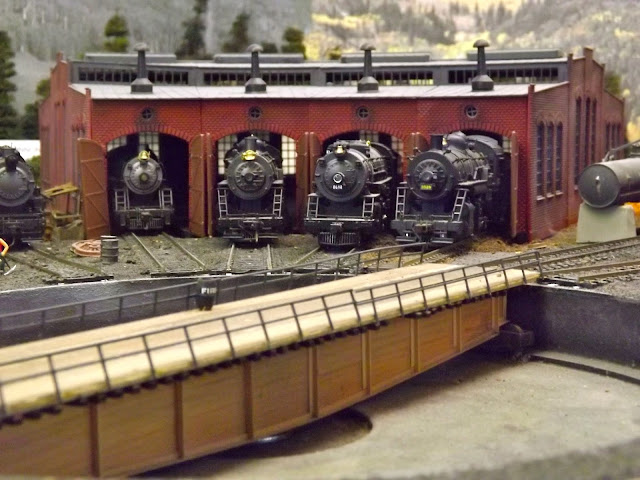 Steam lives on the Carson and Cobourg Central Railway!
Look at all of that motive power coming out of the roundhouse! 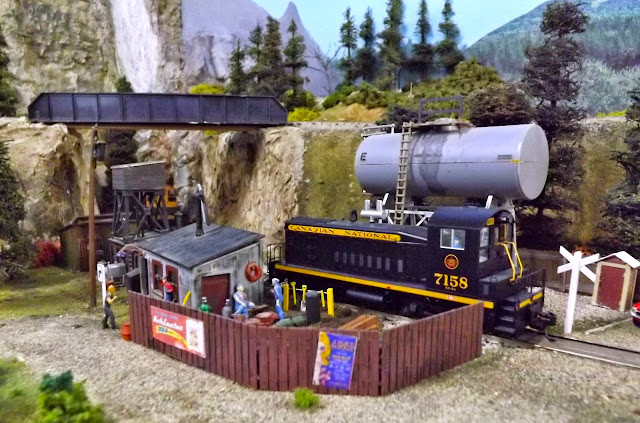 There's some diesel power as well, as a vintage CN switcher makes a stop by a fuel tank. 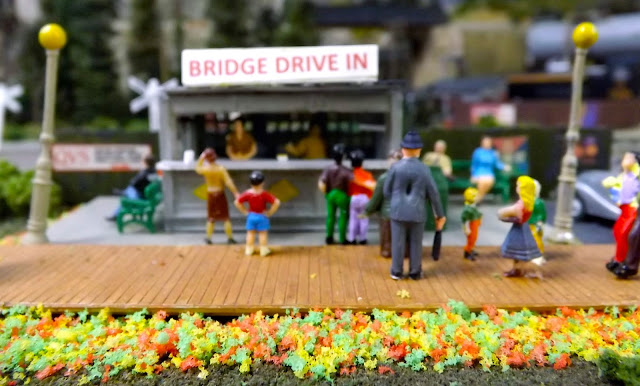 Could it be? Yes it is! It's the Bridge Drive In! The BDI has been a Winnipeg institution for 55 years and countings. Going there for the creamiest shakes in town is always a treat, and it was also a treat to see it modelled on the Carson and Cobourg Central Railway! But it's not nearly as crowded here on this layout than it is on a hot Sunday summer afternoon in Winnipeg!

Posted by Paul Ullrich, WMRC Blog Editor at 11:57 AM