Churchill by rail: part 6 - an afternoon at the beach 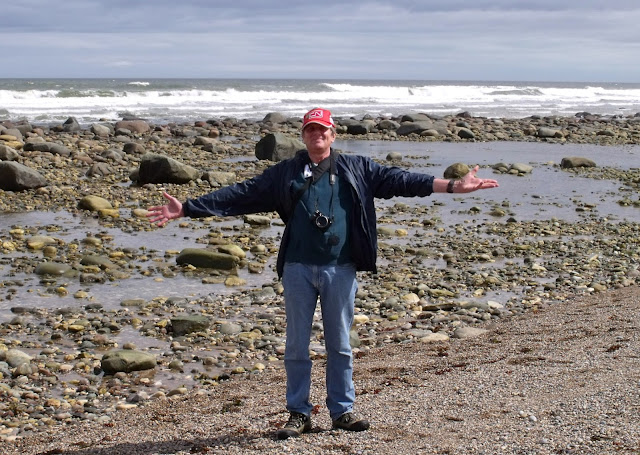 WMRC blog editor Paul Ullrich relaxes by the Hudson Bay shoreline. No, he didn't go in for a dip.

What better way to celebrate your arrival in Churchill than to spend some time at the beach?

Yes, Churchill has a beach, right on the shores of Hudson Bay, just a short walk from town. Mind you, it's not swarming with swimmers at any time of the year, although a few stalwart types do participate in an annual swim every Canada Day. But it serves as yet another reminder that Manitoba is indeed a maritime province, with a deep sea saltwater port.

But we weren't there to sunbathe. It was a little too cold for that. We were there to visit the Cape Merry National Historical Site, which is on the opposite side of the Churchill river estuary from Fort Prince of Wales.

It was also the first time that most of us ever took a tour with an armed guide! Yes, he was packing heat - a 45 caliber rifle. Clint Eastwood's "Dirty Harry" only had a 44 Magnum. But he didn't have to be able to stop a charging polar bear dead in his tracks. Fortunately, our guide didn't have to do that.

There were plenty of signs warning us that we were in polar bear country. But despite the warnings, we still wandered around the site. Perhaps the signs were too subtle. Maybe they should've read, "What, are you stupid or something? Get out of here! There are polar bears!"

Among the site we visited by the beach were the massive inukshuck and the Enterprise boat, a landlocked ship by the shoreline. We also visited the cannon battery at the Cape Merry National Historic Site, which was being restored by a group of university students. The battery was built to guard the river mouth and to prevent enemy occupation of Fort Prince of Wales by providing crossfire.

There are two cannon batteries at Cape Merry. The first one was located directly across from the eastern wall of Fort Prince of Wales. Then they realized that the cannon could also be seized by the enemy and used to fire on the fort! The powder magazine was built right in the middle of the battery, which meant that any stray sparks from the cannon could ignite the black powder.  In 1747 the battery was relocated to a second site.

This was the second place we visited that day. It was already the middle of the afternoon, but we were far from finished with the day's tours! This stop was only part of a whirlwind tour of Churchill that day, which included a visit to the Parks Canada Visitor Reception Centre, the Port of Churchill, Fort Prince of Wales and whale watching in the Churchill river estuary! 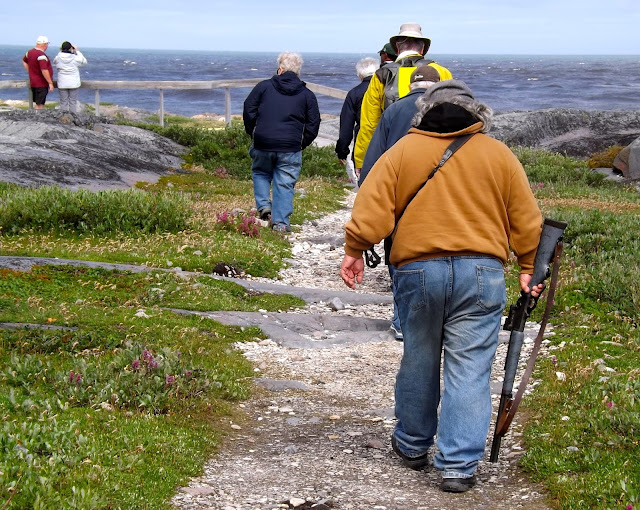 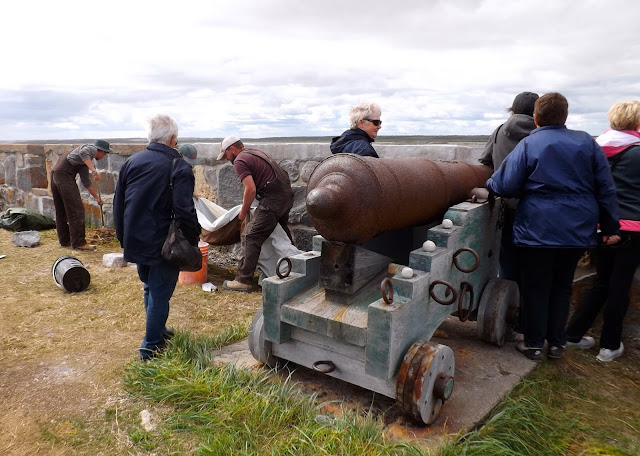 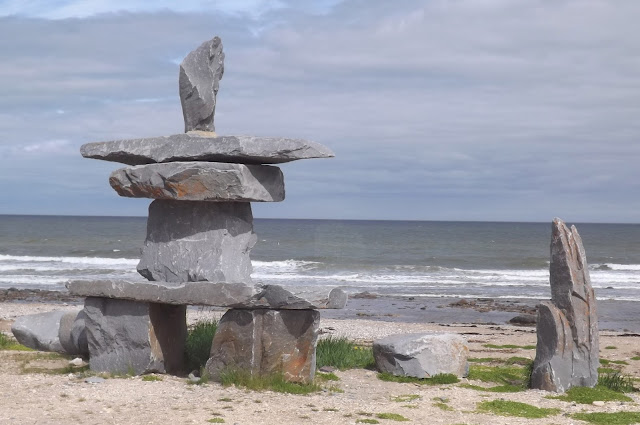 The inukshuck at the beach on Hudson Bay. 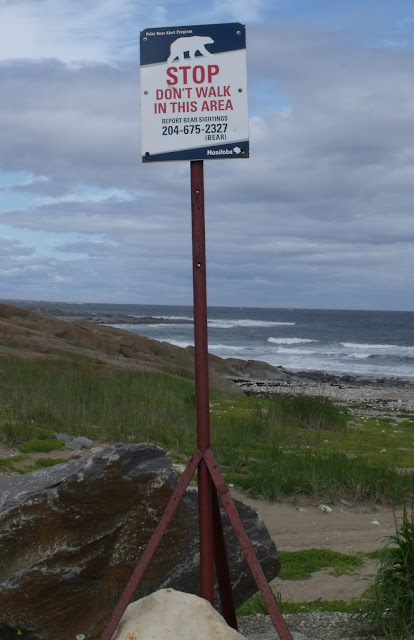 These signs were everywhere, and they were a constant reminder that we were no longer in Southern Manitoba.