Churchill by rail - Part four: The interpretive centre in the train station 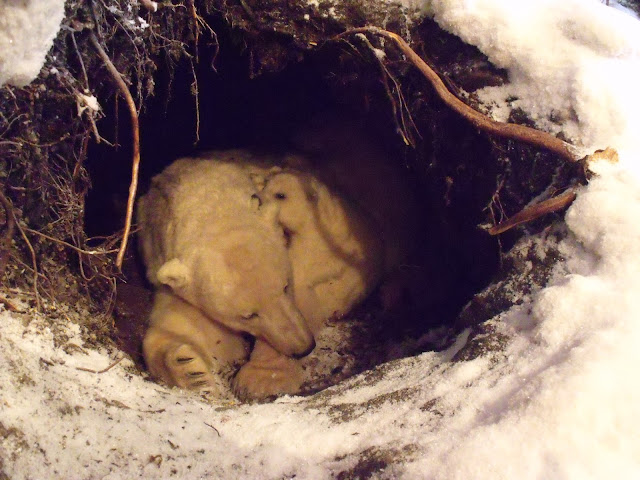 One of the displays at the Parks Canada Visitor Reception Centre in Churchill is a recreation of a polar bear breeding quarters.

We got into some serious sightseeing on our first day in Churchill. Our first stop was the Via Rail station, and where else would a railfan want to be? But we weren't there for the trains. The station is also home of the Parks Canada Visitor Reception Centre.

The Via Rail station is quite large, but Via now occupies only a small part of the station. Parks Canada bought the building some time ago and now uses it to house their administration centre and their visitor reception centre.

And what a centre it is! It's a mini-museum in itself, with well crafted displays of Churchill's rich history and wildlife. There were plenty of interpreters from Parks Canada around who were very eager and willing to talk about the displays and their historical and cultural significance.

There was also an auditorium where they screened videos about Wapusk National Park, an enormous park that extends from Cape Churchill (Just west of the town of Churchill) all the way south to Port Nelson. The park is the main breeding ground for polar bears, and his also home to wolves, caribou, snow geese and other wildlife.

The also gave us something to eat! The staff had prepared for our group local delicacies such as bannock and homemade jams and tea, which was made from the edible plants and berries that grow in the area. It was an authentic fur trapper's snack, and there was plenty to go around!

Much so our surprise, we saw part of our train in the station. The dome car and one of the sleepers we sitting on a side track. Somehow the train managed to reach Churchill, but had left those two cars. The next run was going only to The Pas, and the wye at The Pas where the train was turned around for its return trip to Churchill was too short to hold the extra sleeper and the dome car. 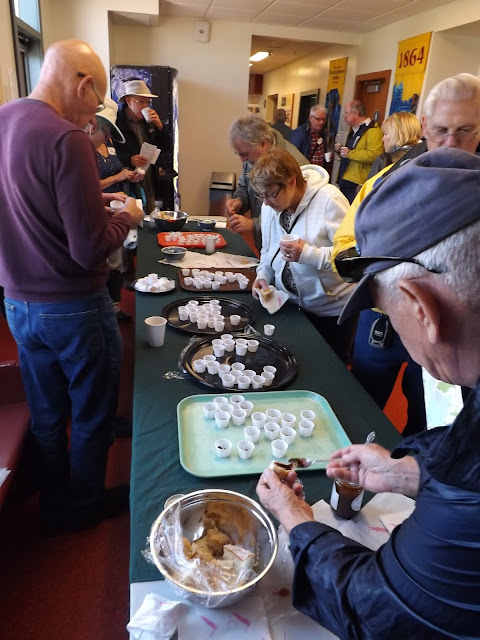 Our tour group feasted on a variety of home made and home grown foods from the area. 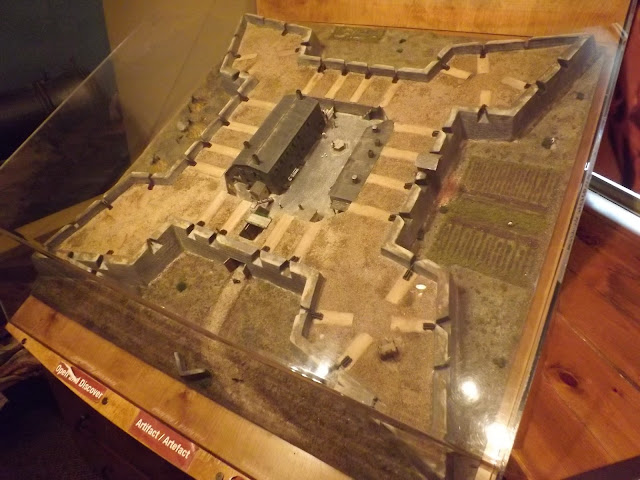 Attention all modellers! Check out this beautiful model of Fort Prince of Wales that was in the Parks Canada Visitor reception area! 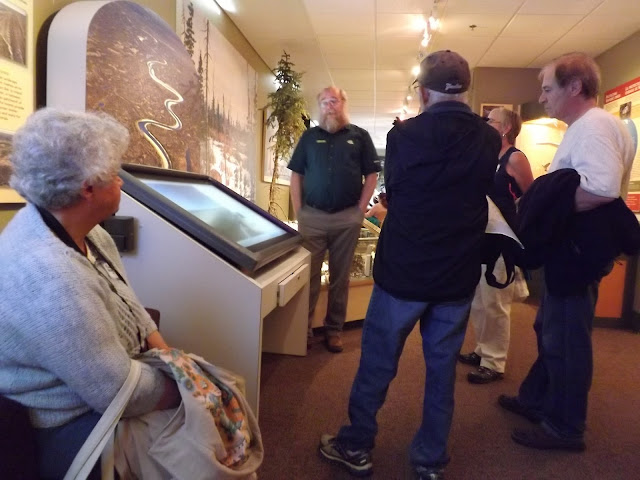 Members of our group listen to the head interpreter demonstrating an interactive display. 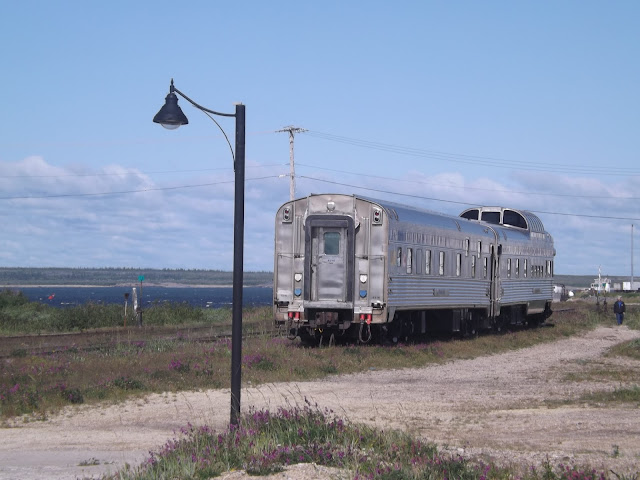 Hey, what's part of our train doing there? These two cars were left behind in Churchill, as the wouldn't have to been able to fit in the wye at The Pas, where the train was turned around for its return trip to Churchill.


Posted by Paul Ullrich, WMRC Blog Editor at 6:30 AM