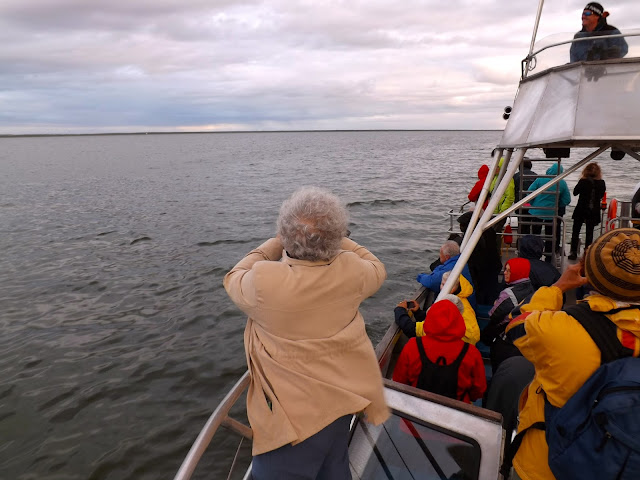 Whale watching on the Churchill River estuary, aboard the Sea North 2

Our whirlwind day of sightseeing climaxed with an evening of whale watching off the Churchill river estuary, followed by a guided tour of Fort Prince of Wales.

After we finished our afternoon's tour of the Port of Churchill, we returned to the Seaport Hotel for a delicious meal, then headed out again for our beluga what tour, operated by Sea North Tours.

Once we had a thorough orientation session on boat safety, we boarded the Sea North 2, their 32 passenger jet propelled tour boat. The jet propulsion ensures that no harm can come to the whales, as there are no moving parts underwater. The engine is also extremely quiet above and below the water. The boat was extremely stable, and you felt safe and comfortable roaming about the deck while you watched for whales.

And there were plenty of whales to watch! About a half dozen of the even breeched alongside the boat for several minutes! We were also treated to the sounds of the whales from the boats underwater microphone!

After an hour's worth of whale watching, we headed for Fort Prince of Wales, across the channel. We were greeted at the dock by (guess what) another armed guide! After less than 24 hours in Churchill, we were getting used to this sight.

Fort Prince of Wales is a fascinating place. It's one of only two remaining European style star shaped forts in North America. It's 250 years old, took over 40 year to build, and was surrendered to the french in one day! Maybe the British should've supplied the fort with some soldiers!

We saw a spectacular sunset from the fort, and when dusk arrived we found that the fort was home to millions of mosquitoes! Thankfully, we were supplied with screening that we could put over our heads.

After our tour was finished, we took the boat back across the channel, where we were treated with the sight of the Port of Churchill, all brightly illuminated. We returned to our hotel at 10:00 PM, exhausted but delighted over all the sights we saw that day. 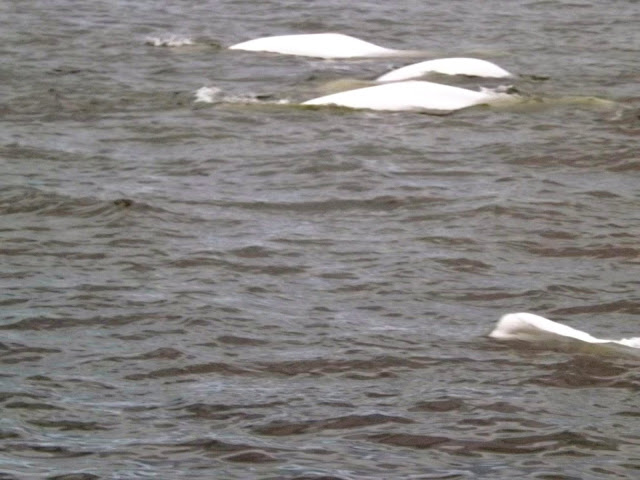 Beluga whales were breeching right beside the Sea North 2. 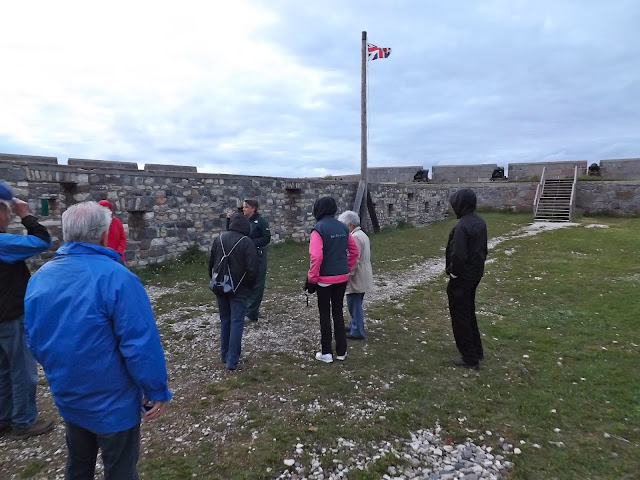 Touring Fort Prince of Wales, just before the mosquitoes found us. 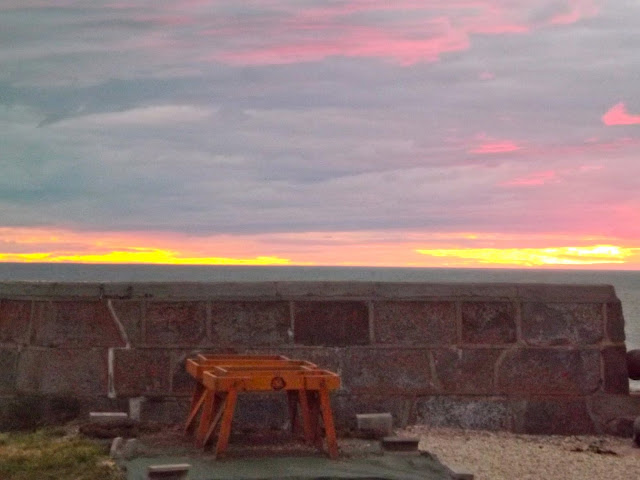 A wonderful sunset over Hudson Bay at Fort Prince of Wales. 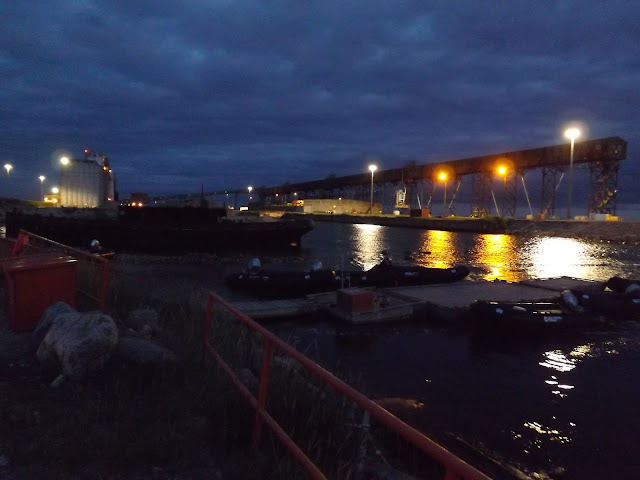 The Port of Churchill illuminated at night was another memorable sight.