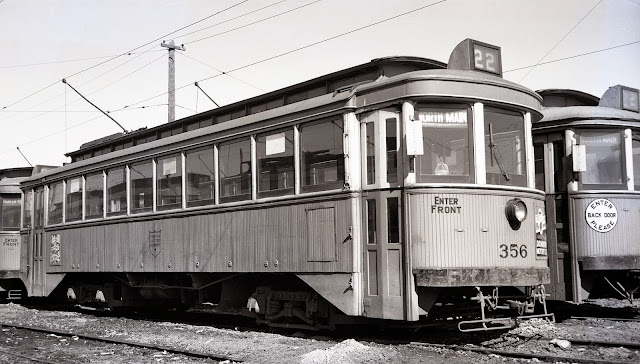 Paul Tomkowicz: Street Railway Switchman is a remarkable 1953 NFB short that documents the work of Paul Tomkowicz, a Polish immigrant to Winnipeg who worked as a street railway switchman for 23 years. Paul's main job was to keep the rails and switches of Winnipeg's streetcar system clear, and in the winter that meant sweeping them clear of ice and snow! It's narrated by Paul Tomkowicz himself, and it has some wonderful views of Winnipeg and its streetcar system in the early 50's.

Be sure to watch the nine minute film to the very end, when he has a typical 1950's North End breakfast in a North End diner, which consists of six hard boiled eggs, a pile of sausages and a stack of rye bread!

To view this video, click here.
Posted by Paul Ullrich, WMRC Blog Editor at 6:30 AM