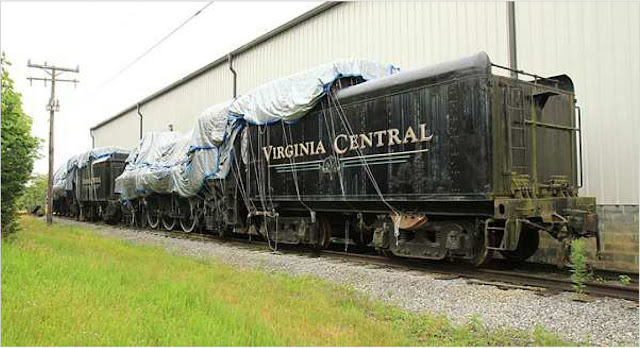 The engines have been stored on the Shenandoah Valley Railroad in Staunton, Virginia for over 15 years. The Prairie Dog Central has not purchased these locomotives. They were purchased by an Albertan, but will be stored at the PDC's shops off Inkster Boulevard. The 1238 was built in Montreal in 1946. The 1286 was built in Kingston Locomotive Works in 1948. Future operating plans for these two engines are under review by the Vintage Locomotive Society.
Posted by Paul Ullrich, WMRC Blog Editor at 8:23 AM