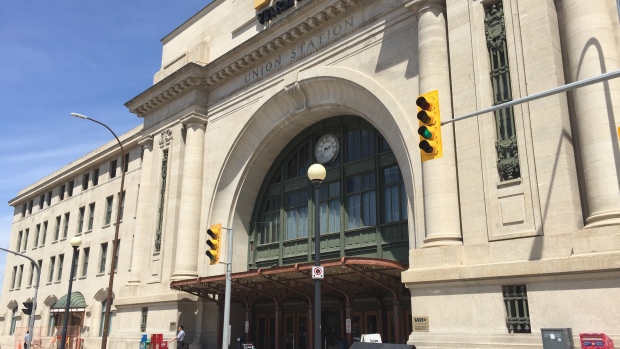 Winnipeg city council is in the throes of rapid transit fever, and the Winnipeg Railway Museum and the Gateway Western Railway might be their victims.

According to an article written by Bartley Kives, posted on the CBC Online News Digest on June 10, Winnipeg Transit has an agreement in place with CN Rail that will allow the city make use of tracks One and Two, where the museum is currently located. Winnipeg Transit engineer David Patman is quoted as stating that the museum would be relocated to somewhere else in the station or in the Forks.

The most difficult task any non-profit model railroad or rail fan organization has to deal with is a location, and the more stuff you have, the harder it is to find a place. And the Winnipeg Railway Museum has the most stuff of all. However, this is not going to happen overnight. A study will be made of this proposal, which is expected to be completed in 2018.

We just lost the Selkirk Model Railroad Association because the new owners of the building they were occupying raised their rent so high that they couldn't afford to stay there anymore. The Winnipeg Railway Museum was originally the Midwest Rail Society, and they were the caretakers of the Countess of Dufferin, and other pieces of equipment that you now see in the museum. The main goal of the society was to establish a museum for this equipment, and they succeeded in finding a home at Union Station.

But they're there only by the good graces of Via Rail, and that may end soon. Relocation plans sound vague, at the very least. That's a lot of equipment to move! Who's going pay for it? Where is it all going to go? And what about the Gateway Western, which is housed in its own structure inside the museum itself?

This week, Winnipeggers watched in shock as the money grubbing Ganeffs at Manitoba Hydro more than quadrupled the price of a parcel of land they owned that was earmarked for a rapid transit corridor. Winnipeggers then watched in horror as city council caved into Hydro's demands and paid that grossly inflated price with hardly a protest.

Union Station is certainly under utilized. Only Via Rail's Canadian and the Churchill train operate out of the station. The museum, which is now housed in an unheated stall on tracks one and two, would certainly benefit from a new location. If there's enough taxpayer money around to pay a publicly owned utility an outrageous price for land, there certainly should be enough left over to assist the Winnipeg Railway Museum when they're forced to move.
Posted by Paul Ullrich, WMRC Blog Editor at 12:53 PM