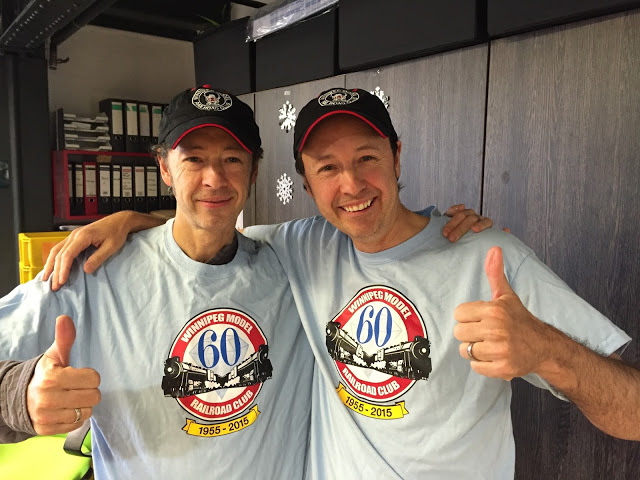 How cool is this? WMRC Vice-President Dave Downie was watching a recent video posted by Hamburg's Miniatur Wunderland, when all of the sudden someone wearing the club's t-shirt pops up!

When Dave Downie visited Miniatur Wunderland last year, he presented a member of the staff with two of the club's t-shirts, which were designed by WMRC Social Media Executive Paul Ullrich.  After he came back, he received an email from Wunderland's founders and owners, Frederik and Gerrit Braun, with the above photo attached.

Receiving that image was quite a feather in the club's cap, and most of us thought that it ended there, until Dave uncovered that video. The club's t-shirt shows up around the 4:30 mark. You can view the video by clicking here.