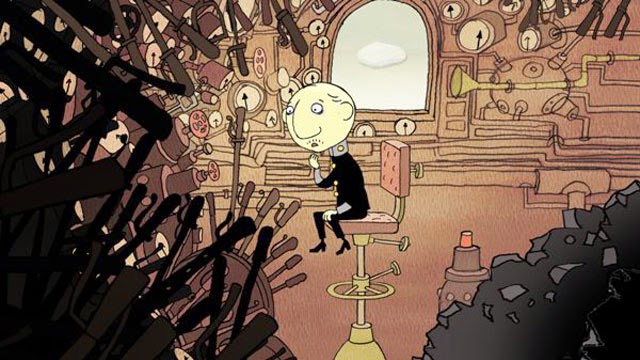 And now for something completely different: An animated cartoon!

Don't panic, folks - it's an animated cartoon about trains, and a runaway train at that! It's the most recent creation of the award winning Winnipeg animator Cordell Barker, who's most famous for The Cat Came Back. Cordell has been nominated twice for an Oscar for The Cat Came Back and Strange Invaders.

Runaway Train features the weirdest locomotive you've ever seen! It's definitely not prototype, but don't let this suspension of belief get in the way from enjoying the cartoon. If you've got nine minutes to spare, then click on this link:

https://www.youtube.com/watch?v=v_oh4zGtRsc
Posted by Paul Ullrich, WMRC Blog Editor at 8:06 AM