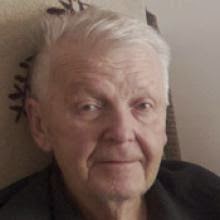 The WMRC and Winnipeg's model railroading community lost a dear friend last week with the passing of Zane Lewkiw.

Zane (whose real given name was Zenith) was a long time member of the Winnipeg Model Railroad club. He was also one of a small group of model railroaders, such as Paul Smith, Marcel Blair and Fred Shannon, who also worked for the railroads. Both he and Marcel were engineers for CN.

In recent years, Zane kept contact with his fellow model railroaders through the 'lunch bunch", who met every Wednesday at the Foody Goody in Transcona. Although Parkinson's disease had taken his toll, he still managed to attend last year's Manitoba Mega Train Show, even though he was in a wheelchair.

A memorial service has been planned for a later date, which is to be announced.

We're going to miss you, Zane.
Posted by Paul Ullrich, WMRC Blog Editor at 7:59 AM