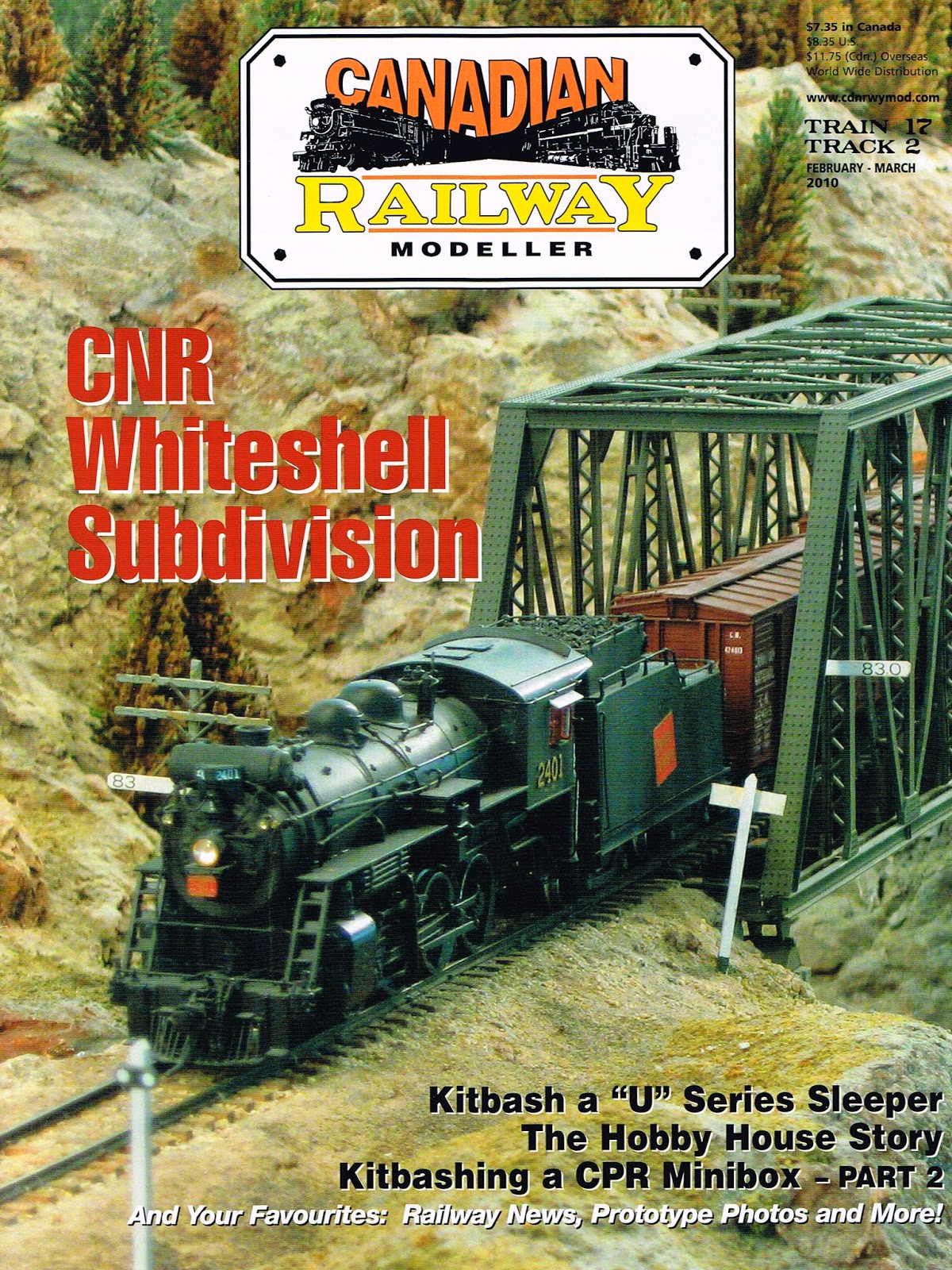 Stafford's layout was dismantled shortly after it's last public showing in 2010 for the TLR's Steam on the Prairies convention in Winnipeg. A glowing tribute to Stafford and his many accomplishments was published in Canadian railway Modeller, Train 17, Track 3. With permission of the publisher, our own Morgan Turney, we are presenting the cover of this issue.

We still have several other views of Stafford's famous layout, which we will be posting very soon.
Posted by Paul Ullrich, WMRC Blog Editor at 7:35 AM